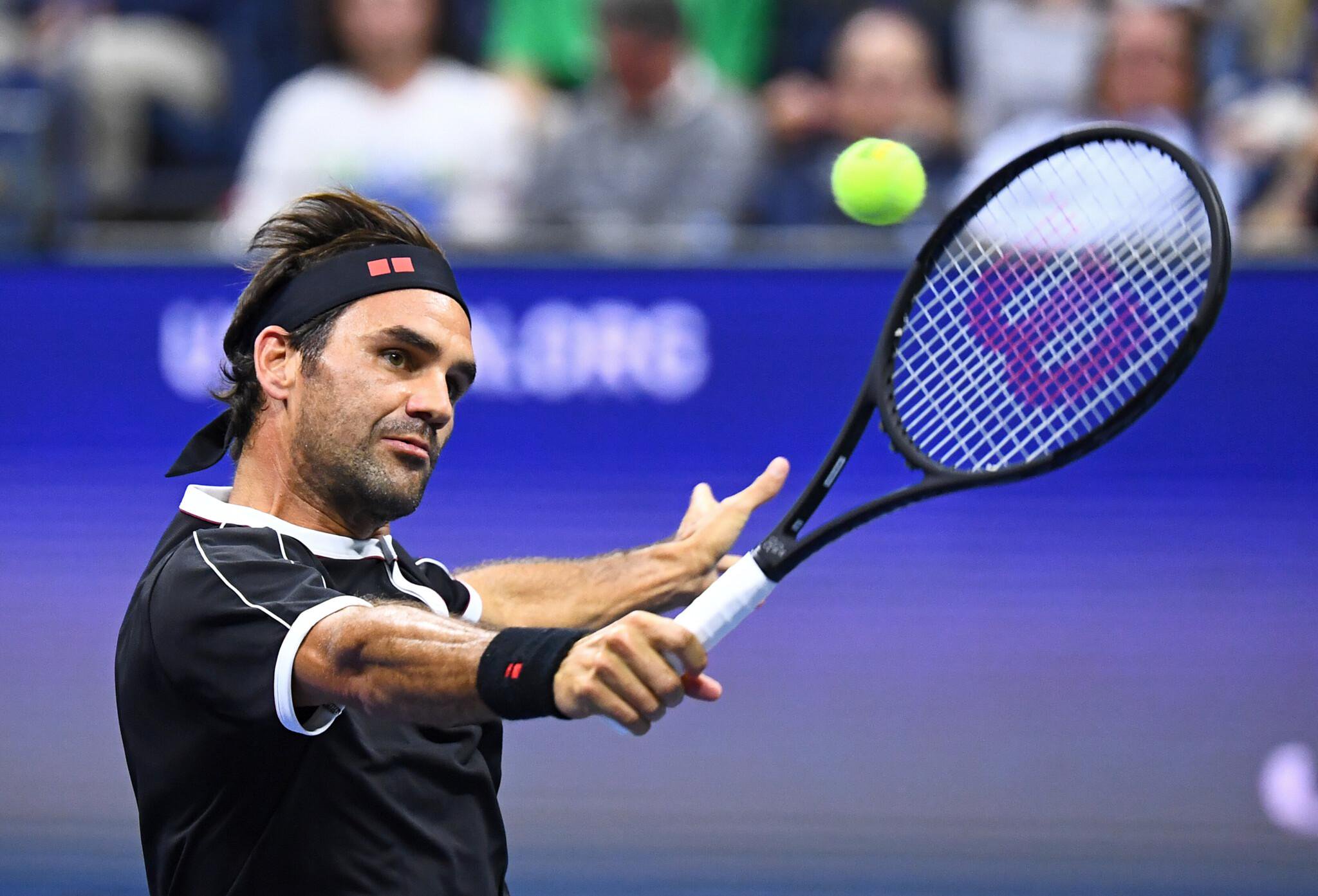 Roger Federer overcame early rustiness to beat Damir Dzumhur 3-6 6-2 6-3 6-4 to reach the third round at the US Open.

Another slow start was made from Federer but the Swiss battled back in four sets to reach the last 32 in New York once again.

A lot of errors cost Federer early in the match, however he managed to bounce back to down a determined Dzumhur in four sets.

Dan Evans or Lucas Pouille now awaits on Friday as he looks to make the second week at the US Open.

After making a slow start in his first round match against Sumit Nagal, Federer would be looking to improve that in his second round clash under the Arthur Ashe roof.

But that idea didn’t quite come to fruition as the Swiss managed to play some of the worst tennis he’s played for years in the first 15 minutes.

The unforced errors increased with each game as a solid Damir Dzumhur broke twice for a 4-0 lead in the opening stages.

Even though there was some improvement in the latter stages of the opening set, Dzumhur managed to keep his clean and consistent hitting to take the opening set 6-3.

It was the first time in 78 grand slam appearances that Federer had lost the first set in his opening two rounds at a slam as his game looked rusty and inconsistent.

Just like his first round though, the third seed made a quick response in the second set as he showed better timing on his backhand return.

Accurate shot-making forced Dzumhur to play more aggressively which forced the errors out of the Bosnian and put Federer back in charge.

A whipped forehand in the open court sealed a second break for Federer in the set and levelled the match at one set all after an hour.

There was now a swagger about Federer as he kept his momentum to rush Dzumhur’s play and expand a 3-0 lead in the third set.

Even though Federer started to play with freedom, he still managed to be frustrated with some of his shot selection as the Bosnian was still playing good tennis.

Despite some resilience in seventh game from the world number 99, Federer saved three break points and eventually sealed a 2 sets to 1 lead with an ace.

Another break of serve in the fourth set ensured that Federer was in control of the match as the Bosnian couldn’t convert his own break point opportunities.

It was a valiant effort from Dzumhur but in the end the 20-time grand slam champion overcame his early rustiness to prevail in four sets in 2 hours and 22 minutes.

After the match Federer was pleased to reach the third round after a slow start, “I just tried to make less errors and be better on the offensive,” Federer said in his post match interview.

“It takes me some time, I guess, so far, but I was able to protect my serve after a slow first set. I’m pleased at the end to find a way.”

Next up for Federer will be either Dan Evans or Lucas Pouille on Friday.

Related Topics:2019 US OpenNick Kyrgios
Up Next

Kei Nishikori Growing In Confidence Despite Lacklustre US Open Win

Injury Forces Borna Coric Out Of US Open

Srdjan Djokovic has defended his son by making a series of claims and describes him as a godlike figure to many. 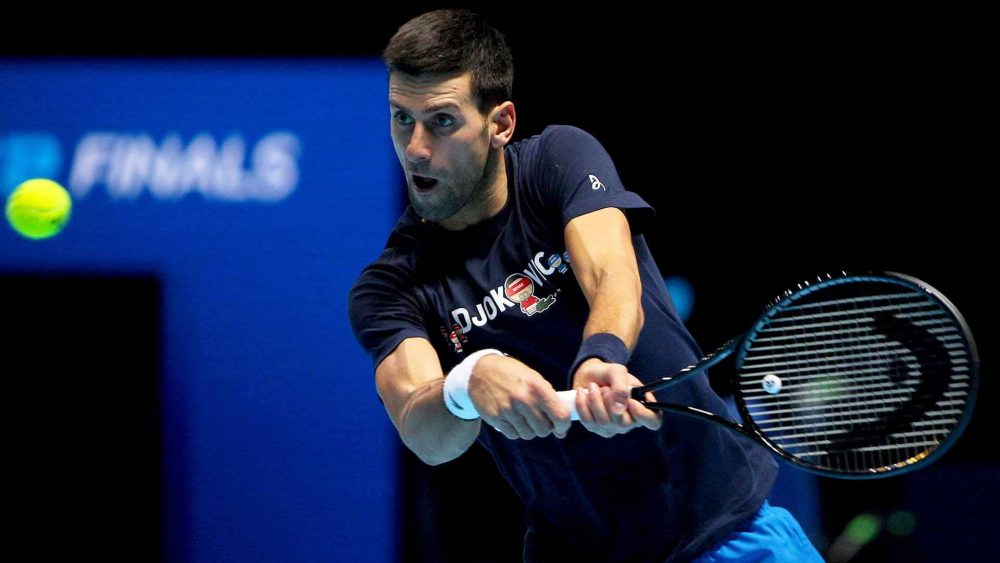 The father Novak Djokovic has hit out at the media in both his home country and the western world for not giving enough respect towards his son over the past decade.

Srdjan Djokovic has spoken out about the treatment of the 18-time Grand Slam winner less than a week after he triumphed at the Australian Open. On Sunday Djokovic defeated Daniil Medvedev in straight sets to win the tournament for an historic ninth time in his career. On the same day as the triumph it was confirmed that he played the tournament whilst suffering from a tear in the abdominal area.

Despite Djokovic’s recent success, Srdjan believes the world’s media doesn’t praise the achievements of his son enough and focuses too much on the negative side. In the past the tennis star has been under fire over the Adria Tour which he co-founded and the formation of the Professional Tennis Players Association (PTPA) aimed at supporting his peers on the Tour.

“The agony has been going on for 10 years and they have extended it for another year, instead of surrendering nicely and realising Novak is the best in the world and let it go. Novak is incomparable,” Srdjan told Kurir.rs.

Continuing to express his frustration further, Srdjan has accused Serbian journalists of not ‘glorying and celebrating’ Djokovic. Alleging that his country’s media are promoting what he describes as ‘ugly news’ which originated from England.

“There’s always something wrong. And you journalists in Serbia, ask yourself when you will have such a miracle as Novak. Why don’t you glorify and celebrate him, through his character and work – look at this, you journalists need to ask yourself, you are actually generating public opinion and that is what is required of you,” he said.
“But all the evils and upside down are on the front pages and successes are put aside. I guess something will change, you know if I let someone tell me, come on, do this, do that … Why are you transmitting that ugly news stated by journalists from England, why are you transmitting it in our media, let them do what they want and we do what we want.”

Besides the media, Djokovic’s father also claims that ‘every normal person in the world’ loves the world No.1 who he describes as a ‘deity.’ A word used to describe god or goddess. He attributes the support from Chinese fans as to why Djokovic has enjoyed success in the country. He has won a total of 11 ATP titles in China.

Srdjan also took aim at the lack of recognition the 33-year-old receives for his charitable actions through his own foundation and his support of his peers.

“He is not only fighting for himself and his interests, but for other tennis players who can barely make ends meet,” he stated.
“We record something about all of Novak’s nice manners during his entire career, how he says goodbye to the opponent, how he is towards the host, how he extends his hand and kisses the opponent when he loses. Which athlete does that?
“Rarely has anyone ever received an award for fair play, and you know how many such awards Federer has – about fifteen.”

Recently journalist Milomir Marić has claimed the Western World wants to prevent Djokovic from becoming the best tennis player in the world. Although it is unclear as to what evidence he has used to make this statement. However, Srdjan believes it is only a matter of time before his son becomes the GOAT.

“They will not stop because they must understand that Novak is finally the best tennis player of all time and they will have to accept that because it is a fact and he comes from Serbia,” he concluded.

The men’s all-time Grand Slam title tally is currently jointly held by Rafael Nadal and Roger Federer who have 20 each. Next month Djokovic will break Federer’s record for the most weeks spent as world No.1 on the ATP Tour.