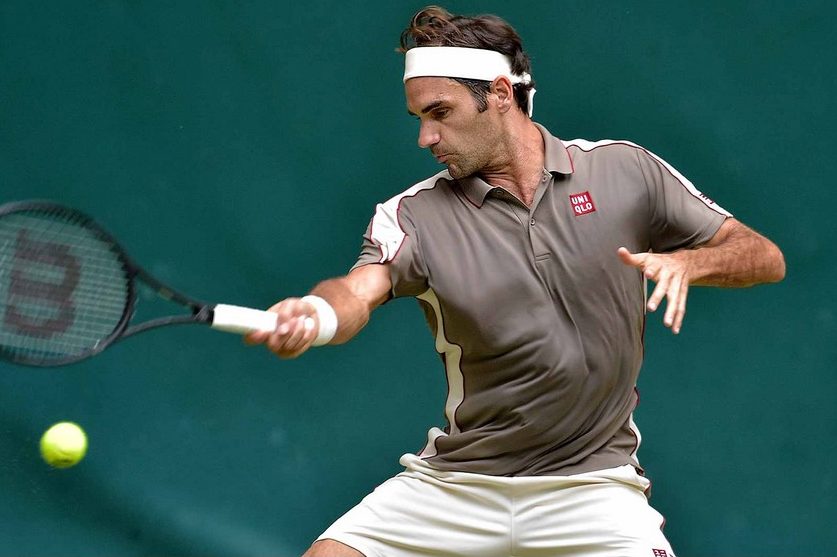 20-time grand slam champion Roger Federer is out to make amends for his narrow loss to Novak Djokovic at the Wimbledon Championships.

The world No.3 hasn’t played as matched since losing to Djokovic in a five-hour marathon at The All England Club. During the match the Swiss player had two match point opportunities, but failed to convert either of them. Paving way for his opponent to fight back and prevail in the decisive tiebreaker. It was the 22nd time Federer had lost after having a match point in his career.

Admitting to having flashbacks of that final, Federer is hoping to get back on track this week at the Western and Southern Open. A tournament he has won a record seven times with the most recent occurring back in 2015.

”You look back for a few days while you decompress what happened. There are flashbacks of the final, both the good moments and bad moments, when you go back to the practice court,” Federer told reporters on Sunday.
“Those usually go away after the first couple of sessions and then it’s just getting ready for Cincinnati.”

Giving his record at the tournament, it comes as no surprise that Cincinnati is one of Federer’s favourite. It is his most successful Masters 1000 event in terms of titles won. Overall, he has won 46 out of 55 matches played since making his debut back in 2000.

“It’s peaceful, quiet and easy-going. We have enough tournaments in big cities, so it’s a nice way for me to start the summer,” He commented about the Western and Southern Open. “You also have these great fans who come here for the game and nothing else. It reminds me of Indian Wells in that sense, so that’s one thing which is cool about this event.”

Federer will be seeded second in this year’s draw at the Western and Southern Open following the withdrawal of Rafael Nadal, who won the Rogers Cup on Sunday. Should everything go according to the seeds, he could take on Djokovic later in the tournament in what would be a rematch of the final 12 months ago. On that occasion Djokovic also prevailed.

“I can’t wait for my next rematch with Novak or my next time I can step on a match court and show what I can do,” Federer said.
“Instead of saying ‘Every thing’s bad, I hope I don’t have to play tennis ever again,’ it is really important to pick yourself up right away.
“The wins you don’t remember that vividly but the losses stay longer with you.
“Even more so the finals which are so close.
“I think it is important the reaction I show going forward.”

Federer trails 22-26 in his head-to-head with the world No.1 and has lost their four most recent meetings. However, he was three out of their four matches that has taken place in Cincinnati.

Despite his age, there are no signs the Swiss maestro stopping anytime soon. Turning 38 last week, Federer is the second oldest player in the ATP top 100 behind Ivo Karlovic. He made his ATP tour debut back in 1998.

“I’ve been consistent across all the surfaces. I haven’t had a back issue in two years and was obviously happy with how my knee recovered [in 2016],” said Federer. “I don’t know how long I’m going to be playing, but I’m very happy with my level of play and it shows in the results.”

Granted a bye in the first round, Federer will open up against either Matteo Berrettini or Juan Ignacio Londero.