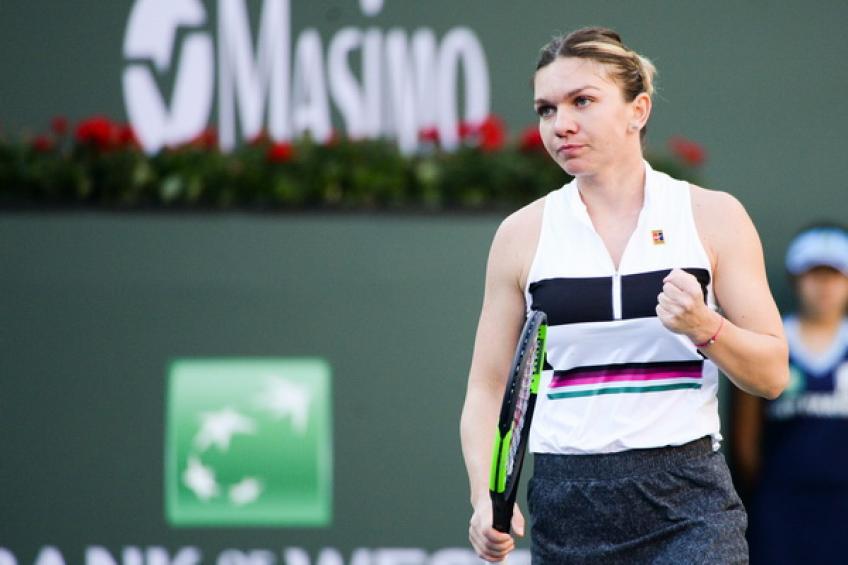 Simona Halep’s dreams of winning a second consecutive grand slam title has come to an end after she was knocked out in the second round of the US Open.

The Wimbledon Champion failed to capitalized on a one set lead as she crashed out 2-6, 6-3, 7-6(4), to world No.116 Taylor Townsend. A player who she hadn’t lost a set against in three previous meetings on the tour. Townsend’s old school tennis frustrated and dismantled the Halep game with a series of serve and volley tactics. In total the American played 105 points at the net, which was more than 10 times that of Halep, and won 60 of those points.

“This means a lot. It’s been a long journey.” An emotional Townsend told ESPN after the match.
“I had a match point against Bertens at Wimbledon, I had some really close matches this year and I haven’t been able to get over the hump. So this match means so much and gives me the confidence to know that I can do it.”

Initially, it appeared as if the bookmakers’ favourite was going to run away with the win. An emphatic start from Halep saw her clinch a double break en route to winning the opening set. She won her first break with a forehand winner down the line and the second at the expense of an error from across the court. The fourth seed went on to clinch the lead with a love service game.

However Townsend, who is yet to break the world’s top 50, refused to be deterred. Increasing the level of her game with better execution of her points, the American hit back with interest. Displaying the form to remind Halep why she was once the top ranked junior in the world. The resurgence frazzled Halep, who lost confidence in her serve as the match headed into a decider.

With all to play for, at one point it got too much for Halep. Three games into the final set, the growingly frustrated Romanian repeatedly smashed her racket on the court. Triggering a code violation. Her mood deteriorated further when Townsend broke two games later to close in on the shock win.

There was to be another late twist to the match. As Townsend served for the victory at 5-4, two match points came and went. The first due to a double fault and the second saw Halep blast a backhand winner down the line. Enabling Halep to break back as proceedings headed into a tiebreak. Despite the fight back, it was not enough to stop Townsend from prevailing.

“When I played her before I was just trying to make balls. I think I played not to lose, but today I just said ‘F*** it. I just told myself it was an opportunity, a chance and go for it. I had nothing to lose.”

In total Townsend hit 39 winners to 42 unforced errors, but her most effective tactic was her presence at the net.

“I knew that I was not going to beat her from the baseline.” Townsend explained. “I had to do something that gave me an edge and it kinda gave me some energy. Shout out to my trainer for all those sprints.”

It is the second time Townsend has reached the third round of a grand slam and the first since the 2014 French Open. She will next play another Romanian in the shape of Sorana Cîrstea.