Players Want To Play Their Best Against Me, Says Nick Kyrgios - UBITENNIS 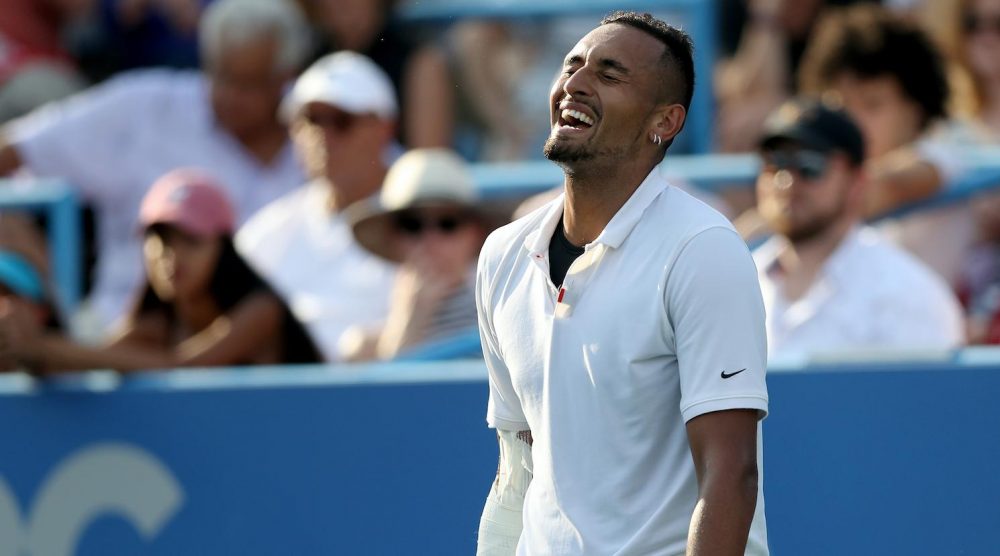 Nick Kyrgios has never been an average tennis player and he believes this is something that benefits the world of tennis.

The Australian has developed a reputation of a fiery personality whose behaviour at times cause controversy. This year has already seen him get defaulted from the Italian Open for throwing a chair onto the court, receive a $17,500 fine for unsportsmanlike conduct at The Fever-Tree Championship and trigger backlash for a series of comments he made about his rivals during a podcast. However, coinciding with those incidents, Kyrgios has been able to remind the world of his talent with a series of spectacular shot-making and wins over top players.

Kyrgios’ latest win took place at the Western and Southern Open on Monday. The Australian saw off Lorenzo Sonego 7-5, 6-4. Recording his 19th victory on the tour this season. Once again fans were treated to a series of trick shots, including one that Kyrgios hit between his legs. Some could argue that his approach to matches are unorthodox, but for Kyrgios he believes it is helping attract new fans to the sport.

“I think it’s very important. You know, I think people are so concerned about keeping fans in the game, but I personally believe it’s about bringing in a whole new different fan base to the game.” Kyrgios told reporters following his first round match.
“I think you look at the American sports like NBA, NFL, I mean, so exciting. I think they do it the right way, and I’m just trying to bring new fans to the sport. That’s one of my goals, actually, and I really want, you know, tennis to grow. I think there is so much potential for it to grow.”

Electrifying the crowd with a series of exchanges with world No.47 Sonego, Kyrgios was given a stern test in Cincinnati. Breaking his opponent twice, once in each set. Despite losing, Sonego dropped only three points behind his first serve, but came undone on his second.

“I feel like when guys play me they go out there and try and play their best level,” Kyrgios said. “They try and keep things on their racquet and redline.”

It is understandable why players would choose to bring their A game against the unpredictable 24-year-old. Despite his controversies, he is 5-1 against top 10 opposition this season. Scoring wins over Rafael Nadal, Alexander Zverev and Stefanos Tsitsipas.

Kyrgios showed his softer side following his Monday match. Handing a ball to a young girl watching in the crowd. He explains that it is important to him that he looks out for the younger fans of the sport. Kyrgios has participated in numerous children’s tennis clinics during his career and has set up a foundation to help underprivileged young people to play sports in Australia.

“I have always been pretty nice to … people and to kids,” said Kyrgios. “I was just brought up like that, to be honest. I don’t care if you’re a CEO of a company or a janitor. I’m going to speak to you the same way. I think that’s what it’s about. It’s about giving kids belief that they can be in this position one day.”

In Cincinnati, Kyrgios will play Karen Khachanov in the second round.