Nick Kyrgios' Washington win is about good vs bad: Of situations and opinions - UBITENNIS 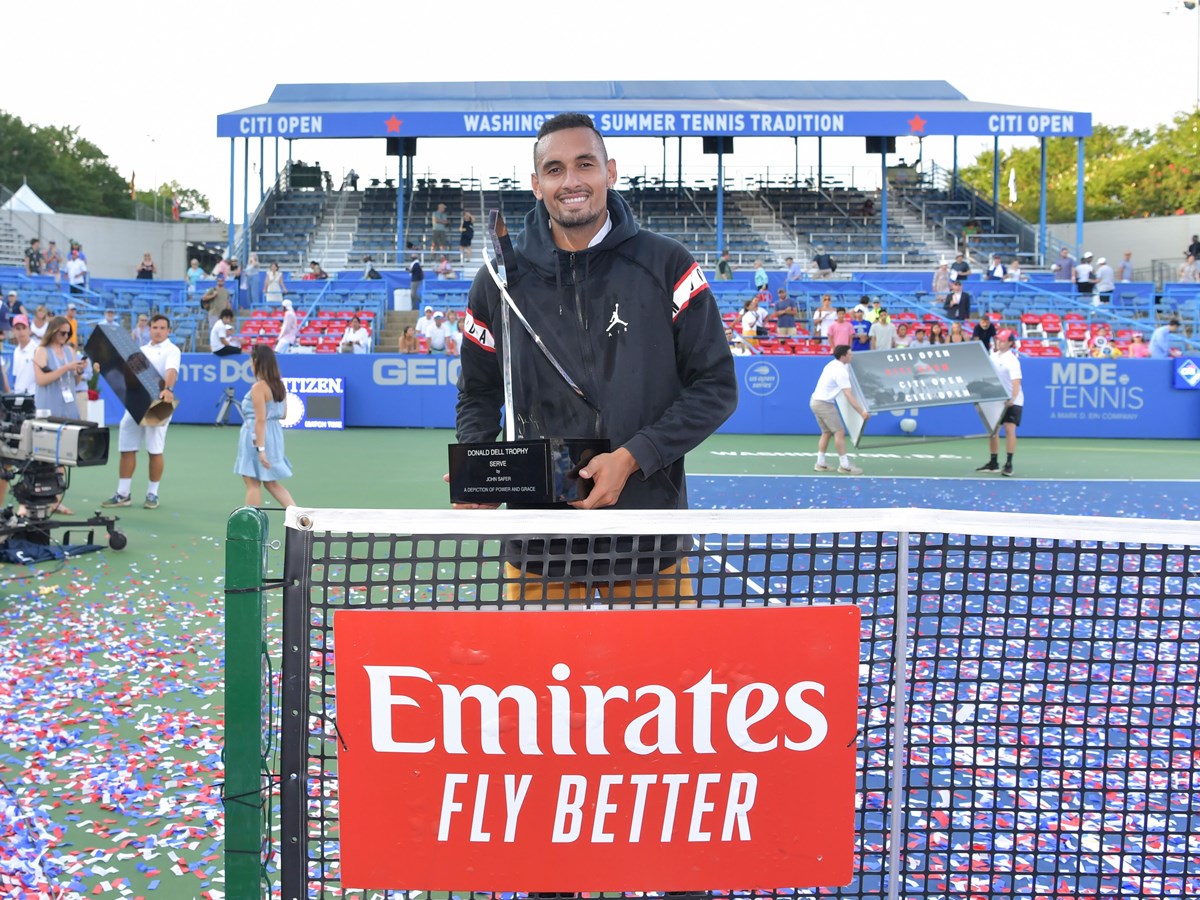 Nick Kyrgios picked up two titles in 2019 – in Acapulco and Washington – in the time it took opinion to swing between “He is not good for tennis” to “Tennis needs him”. And, in the days after his win at the 2019 Citi Open in the latter city, the subject continues to be a favoured topic of editorial conversation vis-à-vis his importance to the sport.

The player in question though does not care for any of these. Yes, after his win in the Washington final against Daniil Medvedev, Kyrgios admitted, “I’ve just been working really hard, on and off the court, to try and be better as a person and as a tennis player. And as I said, I wasn’t exaggerating. This has been one of the best weeks of my life, not just on the court but in general. I feel like I’ve made major strides.” But this came with an addendum of sorts. “And I’m just going to take it one day at a time and hopefully, I can continue on this new path.”

As Kyrgios heads into the Rogers Cup in Montreal, these words need to be stamped onto onlookers’ minds, with their significance getting highlighted each time he steps on to the court, hereafter. Especially, when describing his antics that often tend to be over-the-top.

This past week in Washington, Kyrgios came up with some idiosyncratic behaviour. He shimmied, he put himself in the shoes of the prince while conjuring up an image of Stefanos Tsitsipas as Cinderella, and he asked fans for their opinions about which way to serve on match points, following that with heartfelt hugs after winning the match. All of these were endearing gestures with their enjoyableness magnified by his run of triumph thereby leading to thoughts of why Kyrgios was so important to tennis.

Had these same actions come before a result – in any round – that had not gone in his favour? It is not hard to say, after observing past trends that the reactions would have been about how Kyrgios had disrespected the sport and how he did not do much with the potential he has been gifted. The opinions would have changed that quickly.

It is because of these that the Washington result comes as a timely reality-check monitor. That instead of analysing Kyrgios’ every move, both tactical and non-tactical, the world at large needs to just view him as part of the whole of tennisdom. He is like the others who have taken up tennis professionally. But if his route on the Tour is to be measured by others’ straight-line standards, then, he is not the guy to follow that precedent.

And, why should he? Kyrgios is the way he wants to be, not the way people think he should be. Moreover, if it is that easy to accept him as he is when he wins not being able to accept Kyrgios for who he is when he loses is not his lookout. It’s the viewers who need to pore over their preferences.