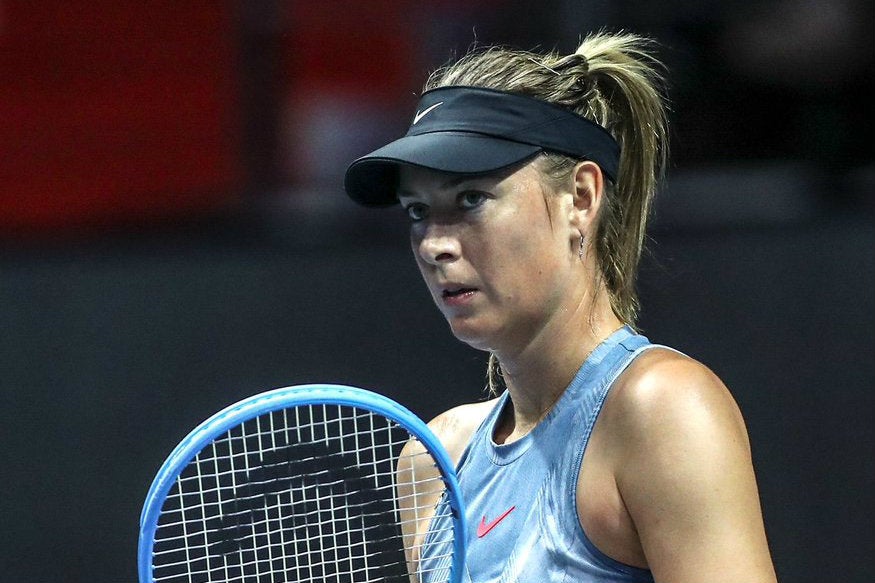 Former world No.1 Maria Sharapova remains undeterred after being knocked out in the first round of the Rogers Cup on Monday.

Sharapova lead world No.19 Anette Kontaveit by a set and a break before losing 4-6, 6-3, 6-4, to the Estonian. The match was her first since withdrawing from the Wimbledon Championships due to a forearm issue. Sharapova has struggled with injury throughout 2019 and has only managed to play four tournaments since the Australian Open. Failing to win back-to-back matches in any of them.

Despite suffering another defeat, the 32-year-old believes there are positives to take from her loss. The match was only her 12th of the season.

“It was a physical match throughout. I think she was the aggressive player, took a few more chances in the end, and I think it paid off.” Said Sharapova.
“I put a lot of work in to get to this stage, so I think to finish off this match is good. Definitely not the result I would have liked, but overall feeling pretty good about it.”

Leading up to her Rogers Cup return, Sharapova took a trip to Italy to work alongside Riccardo Piatti. A renowned tennis coach who has previously collaborated with Novak Djokovic, Richard Gasquet and Milos Raonic. Saying she ‘gate-crashed’ Piatti’s summer camp, Sharapova has indicated that the two will work together during the US Open. Which will start at the end of the month. Although it is unclear as to how that arrangement will work.

“I spent a few weeks in Europe working with Riccardo Piatti, which was really nice and just a different perspective from someone that didn’t expect me. I crashed his summer camp.” She joked.
“We all had a great time. I worked really hard, but I felt — really, I felt like I had fun at the end of it, which was really important.’
“He’ll be at the US Open, which will be nice. He looks after a few kids so, we’ll be together there.”

As a result of her loss, Sharapova is set to fall further down the rankings to roughly 97th in the world. Placing her in danger of dropping outside of the top 100 for the first time since October 2017.

As well as her injury woes, Sharapova’s confidence on the court has also taken a hit. Since February she hasn’t defeated a player ranked higher than 46th in the world. Although she did knock out Caroline Wozniacki back in January in Melbourne. At that time, Wozniacki was ranked third in the world.

“I’m still building the confidence and my forms and that’s something that’s just going to come with time and with match play. Unfortunately, I just haven’t had that yet, so will just hopefully try to build on it.” She said.
“There’s never the perfect scenario. I’m going to be coming up against tough players, long matches, and there are always going to be tests. And I always have to play my best tennis no matter who I play.’
“So it will just take time to build that confidence again, because I have struggled with it for a long time.”

This year was Sharapova’s eighth appearance in the Rogers Cup, which alternates between two cities. It was the first time she had played in Toronto since 2011 when she reached the third round. Her best result was reaching the final back in 2009.

Sharapova will return back to action next week at the Western and Southern Open in Cincinnati.

Dayana Yastremska Powers Past Konta To Reach Toronto Second Round