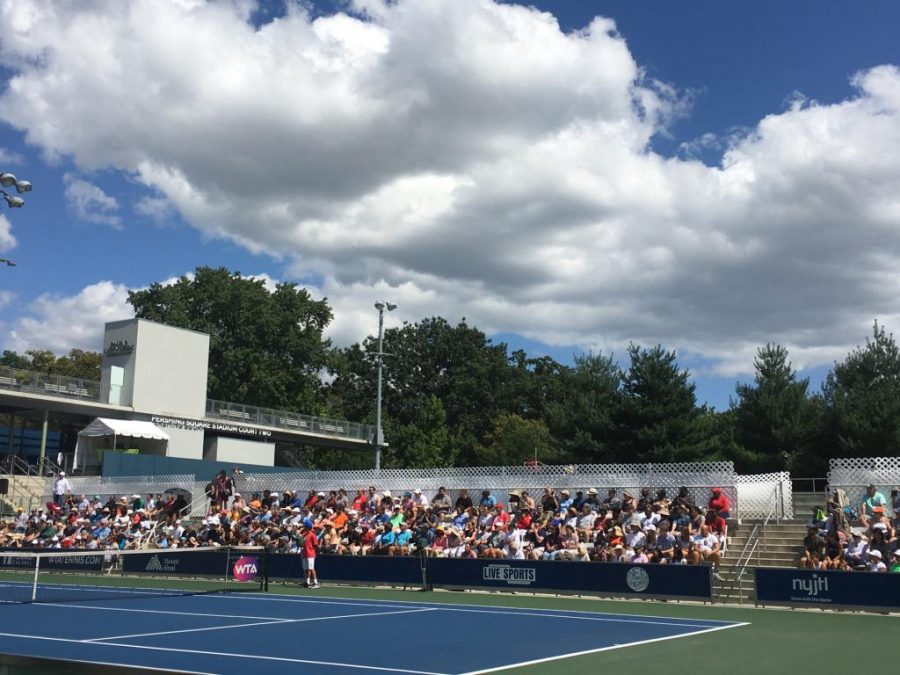 NEW YORK: 27-year-old Magda Linette of Poland needed to qualify to get into the inaugural Bronx Open, and won eight matches in nine days to be the last woman standing. 27-year-old Camila Giorgi of Italy had survived two third set tiebreaks this week, and saved four match points in yesterday’s semifinals, but couldn’t close out Linette despite leading for most of today’s final. For the Italian, it’s her second loss in a final within the past four weeks, with both defeats as the expense of first-time WTA champions.

In the first set, a deep backhand return earned Giorgi a break point in the first game, and a Linette groundstroke that soared beyond the baseline gave the Italian the early advantage.  But Giorgi would make four consecutive errors in the next game to give the break right back, a sign of how back-and-forth this final would be. After Linette held at love, Giorgi would double fault three times in a row from 30-0 up, and a Linette drop shot winner clinched the break and a 3-1 for Magda. But with the lead, Linette double faulted twice herself, then committed two backhand errors to hand the break right back at love. Both women were obviously quite tight to start on this big occasion.

At 3-3, Linette faced two more break points, yet held with some strong serving and some great defense. They would both hold easily in the next few games until 5-5. In the first point of the eleventh game, a Giorgi ball would clip the net cord and creep over the net for a winner. And Linette would not win another point in the set thereafter, as Giorgi would break at love and then hold at love to win the set. 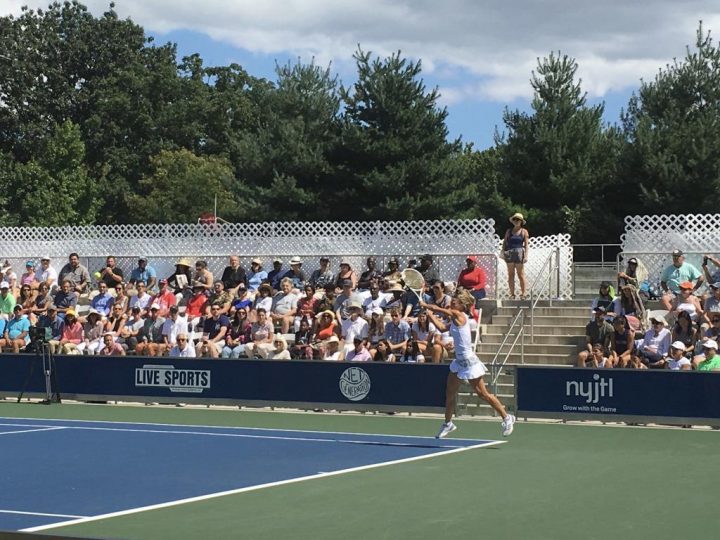 The net cord would also prove crucial to start the second set, but this bounce would go Linette’s way, giving her the early 2-0 lead. She’d maintain the lead until 4-2, when Giorgi struck three huge forehand winners to break at love. Linette allowed a break point to slip by in the next game with some unforced errors, and Giorgi held to even the set at 4-4. And the ninth game of the set would be an extended affair. Two Magda double faults granted Camila another break point, which Linette saved. As the game went on for many deuces, Magda saved a second one with an ace, and a third with an unreturned serve. On a fourth break point, Giorgi pinned Linette in the corner with a great return, but didn’t put away her shot at the net, enabling Magda to hit a cross court pass. Linette finally took the next two points and held for 5-4. Magda earned two set points in the next game, but misfired when it mattered, making it 5-5. After a Linette hold, a Giorgi double fault gifted Magda two more set points. And Linette would only need one, leveling the match with a cross court forehand winner. 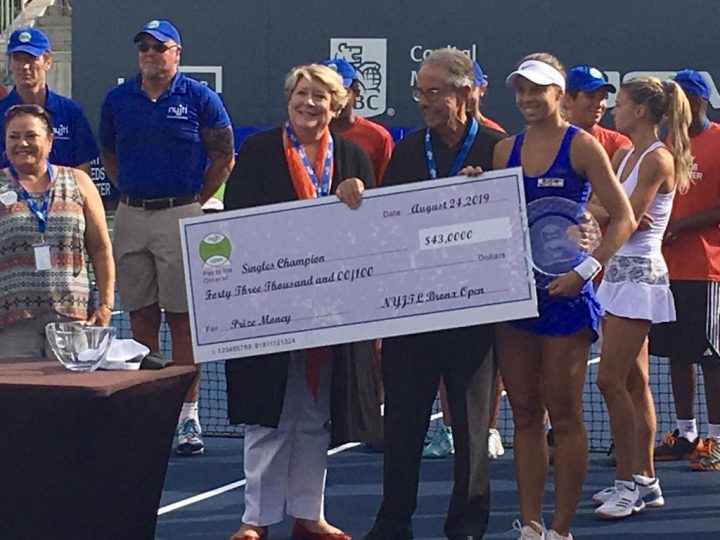 In the first game of the decider, a Linette double fault on break point gave Giorgi the immediate advantage. Serving at 1-3, Magda survived another long, grueling service game, saving multiple break points to keep herself within striking distance. When Giorgi served at 4-3, Linette earned three break points, and she’d convert on the third when a Camila forehand just barely missed the baseline. Magda then held at love to claim her first lead of the set at 5-4. In the next game, Linette earned a match point with a forehand winner down the line. And with a Giorgi error into the net, Linette captured her first WTA title.

Following the match, Magda spoke to me regarding the long, pivotal service games that she pulled out in both the second and third sets. She explained how she focused on getting her first serve in as to not allow Giorgi to pounce on her second serve. And when speaking to me about how she persevered in those pressure moments, Magda credited her extensive match play over the last nine days. “The seven matches before gave me the confidence,” Magda stated. She’d go on to tell me, “I was not nervous, I guess that was the plus of all the matches that I played before, that’s when it showed up.”

There was a sizeable Polish contingent which showed up in the Bronx today to cheer on Linette, becoming more vocal as the match progressed. She would spend considerable time thanking them and celebrating with them after the match. When asked about how much their support meant to her, Magda said, “I’m really thankful to them that they came and supported me. And it’s great because we don’t have a tournament in Poland, we are not really used to having a home crowd. So it’s great that they always come for the big tournaments, and I’m so happy that they came to watch my final”

Related Topics:Magda Linette
Up Next