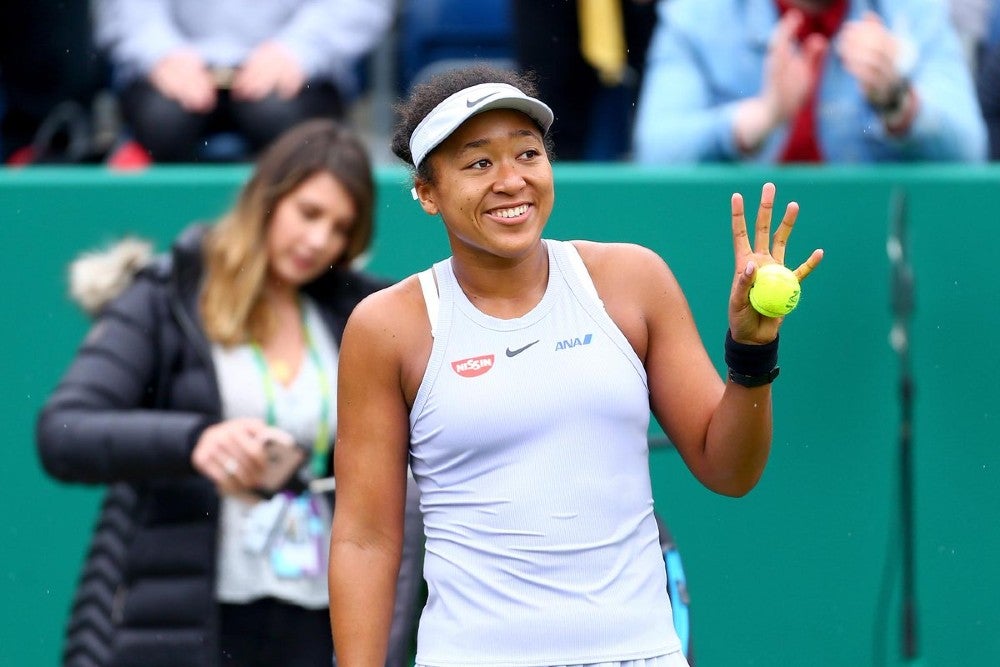 During a season that has had plenty of highs and lows Naomi Osaka has a new method in dealing with life on the tour – her sense of humour.

2019 has seen Osaka clinch her second grand slam title at the Australian Open before becoming the first Asian player in history to top the world rankings. The milestones elevated her to the media spotlight and placed the introverted player into an uncomfortable spot. Dealing with the surge of interest, her results at times has been below-par as she switched coaches earlier this year.

After what has been a roller coaster past eight months, Osaka appeared to be finding her footing once again on the North American hard courts. On Wednesday she moved into the third round of the Wester and Southern Open in Cincinnati. Edging her way past Aliaksandra Sasnovich 7-6(3), 2-6, 6-2.

“I just wanted to carry on like the sort of happy laughing vibe from Toronto, but I think I was a bit too, like, giggly.” Osaka reflected after her match. “I wasn’t really sure — there were some points I didn’t really have to laugh, but I did, because it was either that or get a little frustrated.’
“So it was a bit hard kind of juggling that. Then in the second set I think I did better in that aspect where I was just trying to focus and not laugh so much.”

During one stage of her match Osaka was even told by her coach, Jermaine Jenkins, to cut down on the laughter. However, she believes it has a positive impact on her game. Helping her ‘cope with the situation.’

“I think everyone knows when I play well is when I’m calm, right? But it’s been a bit hard to get back to that mindset, because I’m not necessarily sure.” Osaka explained.
“For me, when I’m calm, it’s just when I have this very — I’m very sure of what I’m doing. It’s a bit hard to be very sure what I’m doing when, like, things aren’t going my way sometimes.’
“I’m just basically trying to adjust with what’s going on right now. I never really thought of it as tactical. I just thought it was, like, my way of coping with the situation.”

The 21-year-old is trying to find some consistency in her game after of her title defence at the US Open later this month. Osaka last contested a final back in January and has failed to reach the semi-final stage at her past six tournaments.

On Monday Osaka returned back to the world No.1 spot after overtaking Ash Barty. Despite the accolade, the Japanese player dismissed the significance of it. Saying her focus is on her matches and not where she is ranked in the world.

“I don’t really care about the rankings anymore. I don’t think too much about it. For me, I just try to focus on every match, because I know that every one that I play from now on they’re going to be playing really well.” She said.
“I’m not, like, a surprise anymore. Everyone by now knows my game, and I have to play, like, just basically play as well as I can every match.”

Osaka will play Taiwan’s Hsieh Su-Wei next in Cincinnati. A player renowned for her unorthodox style of play. It will be the fourth meeting between the two this year with Osaka winning two out of their three previous meetings.