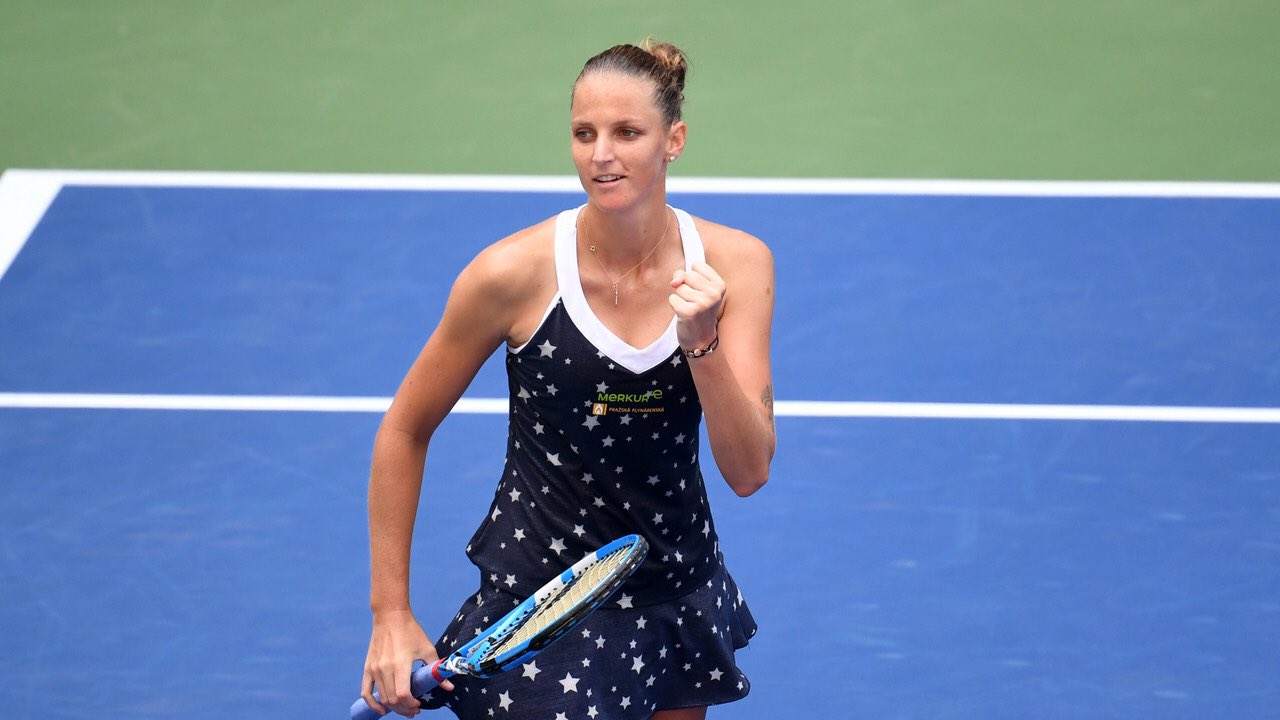 Karolina Pliskova was full of praise for her serve after a ‘strange’ US Open victory over Ons Jabeur on Friday.

The third seed had to battle her way into the second week with a 6-1 4-6 6-4 victory over Ons Jabeur in the third round today.

After leading 6-1 2-0, the match started to slip out of Pliskova’s hands before remaining calm in the deciding set to seal victory in over two hours.

Speaking after her win, Pliskova described the win as ‘strange’ but had praise for her serve which got her out of trouble, “Strange, for sure. I think I was playing quite good in the first set,” Pliskova said in her press conference.

“You know, just got in trouble maybe more because of me than her. Of course her game is, once you’re not feeling great and her game is not super nice to play because she plays kind of everything, I don’t even know if she knows what she’s playing, and yeah, then was quite difficult.

“I think the serve in the end was better, saved me some breakpoints and I was just able to hit a lot of first serves, which was important. In the end, good. It was big fight. Not for sure the best feeling but I won, which is good.”

Although it was a good win for the former finalist, Pliskova has been far from convincing so far in the tournament and will need to play better in order to be a contender for the title.

Next for the third seed is Johanna Konta and the Czech Republican realises that it won’t be easy to defeat the confident Brit, “I think she has a great year so far, so she’s, you know, playing well at Grand Slams and doing some good results in the big tournaments,” Pliskova explained.

“Anyway, for me, she was always good player, so doesn’t matter how, you know, sometimes bad she maybe lost last year, was not her best year, but still she can play, she can serve. She has big weapons.”

Their last meeting was in the Rome final, where Pliskova beat the Brit to claim the title in the Italian capital on the clay.

Should Pliskova win, it will be her first grand slam quarter-final since the Australian Open after a disappointing European grand slam year.

Related Topics:2019 US OpenKarolina Piskova
Up Next