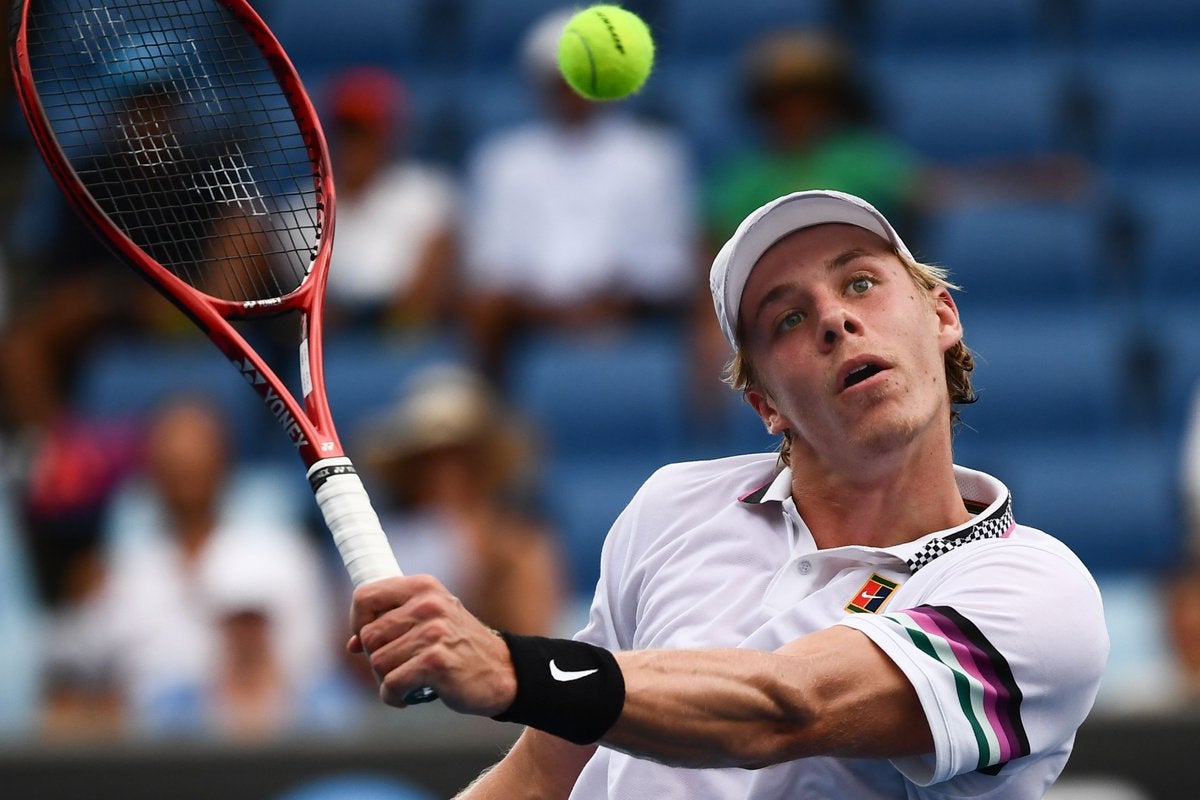 Shapovalov won 80 % of his service points and fended off four of the six break points he faced.

The Canadian Next Gen player earned six break points in the second game of the first set, but Kecmanovic saved them. Shapovalov earned the break in the fourth game at 15 to build up a 3-1 lead.

Shapovalov went up a double break in the next game after a forehand error from Kecmanovic. The Canadian player wrapped up wrapped up the first set 6-2 with two winners and two double faults from Kecmanovic after 37 minutes.

Shapovalov went up a 3-0 lead with a break, but he wasted three break points in the fourth game. Kecmanovic broke back to draw level to 3-3 and earned two break points in the seventh game, but Shapovalov saved them with two winners. The North American star broke serve in the next game to open up a 5-3 lead. Shapovalov hit four winners in the ninth game to close out the match.

Shapovalov is currently working with Mikhail Youzhny, who returned in St. Petersburg last September and is sitting in his coaching box in Winston Salem.

“Miomir is a very tough opponent. I have played him a lot in the past. We have had some crazy battles. I am really happy with the way I am playing”,said Shapovalov.

Shapovalov set up a match against Andrey Rublev, who battled past Sam Querrey 7-4 (7-4) 7-6 (12-10). In the tie-break of the second set Rublev saved three set points and Querrey fended off two match points. Rublev hit a forehand winner at 10-11 on Querrey’s serve to seal the win after 1 hour and 54 minutes. Rublev took a re-match against Querrey, who beat the young Russian player at Wimbledon in straight sets.

“It’s a special win for me. He just destroyed me, and now we had a great fight, and we were so close and I was a little more lucky”, said Rublev.

Frances Tiafoe advanced to his fourth quarter final and his first since May when Filip Krajinovic had to withdraw from the match after losing the first set 6-2. Tiafoe went up a double break to race out to a 5-0 lead.

Hubert Hurkacz got three breaks to build up a 6-3 3-1 lead, when Feliciano Lopez was forced to retire from the match after 55 minutes.

Pablo Carreno Busta cruised past Lorenzo Sonego 7-6 6-0 after 1 hour and 40 minutes to reach his fourth quarter final of the season. Sonego got an early break to open up a 4-1 lead in the first set. Carreno Busta broke back in the sixth game before converting his sixth set point in the tie-break. The Spaniard broke three times to cruise to a bagel win in the second set after 25 minutes.

Benoit Paire came back from losing the first set to beat French Next Gen player Ugo Humbert 3-6 7-6 (7-2) 6-3. Paire broke serve, when Humbert was serving for the match at 6-5 in the second set. Paire went up a double break to a 4-1 lead. Humbert converted his third break-back point in the eighth point, but Paire broke for the third time to seal the win.

US Open Men’s Draw: Who Will Djokovic, Federer and Nadal Play Against?