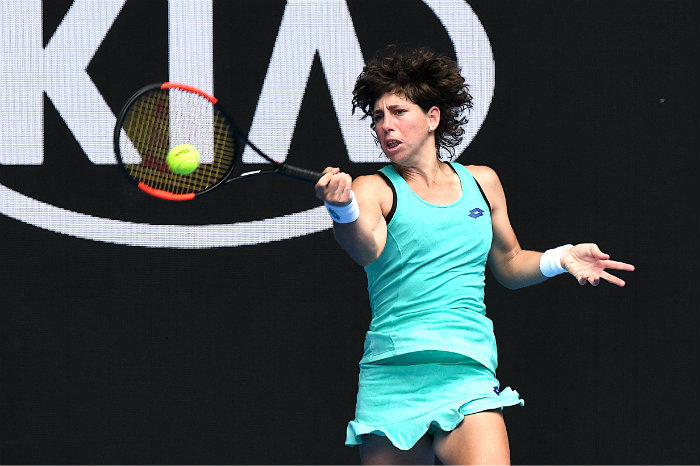 Former top 10 player Carla Suarez Navarro has landed herself in hot water following her first round match at the US Open.

Suarez Navarro, who was seeded 28th in the women’s draw, retired while trailing 6-2 to Hungary’s Timea Babos. Citing a back injury as the reason for her retirement. However, officials at the New York grand slam have concluded that the Spaniard didn’t put her maximum effort into the match. Issuing her with a $40,000 fine for violating the First Round Performance Rule. Suarez Navarro was originally awarded $58,000 in prize money following her first round loss at the tournament.

“After reviewing reports from Medical Staff and Grand Slam Supervisors, the determination was made that Carla Suarez Navarro did not perform to the required professional standards,” tournament referee Soeren Friemel said in a statement published by Reuters News Agency.

In recent years, the governing bodies of tennis have tightened up their rules in order to prevent players from deliberately playing at grand slams whilst injured or ill in order to collect the prize money. Under the regulations, Lucky losers and players who withdraw prior to the tournament split the first round prize money.

However, 30-year-old Suarez Navarro has denied any wrongdoing. On Thursday she published a tweet in which she said she made her ‘best effort’ to play. Although she made no specific mention about the fine she received.

“Not the easiest weeks for me dealing with some back pain. We made our best effort to be ready and play our heart out, but it got really worse during my opening match in New York. Sad to leave this way from events I deeply appreciate.”She wrote.

It is not a first time a player has been hit with a fine for a lack of effort in accordance with the Firs Round Rule. During the French Open Anna Tatishvilli was originally deducted all of her first round prize money. However, that penalty was later overturned after she made an appeal to the Grand Slam Board. Who concluded that she played “professionally from the first to the very last point.”

Suarez Navarro has played 44 grand slam tournaments so far in her career and has won 85 out of 129 matches played. 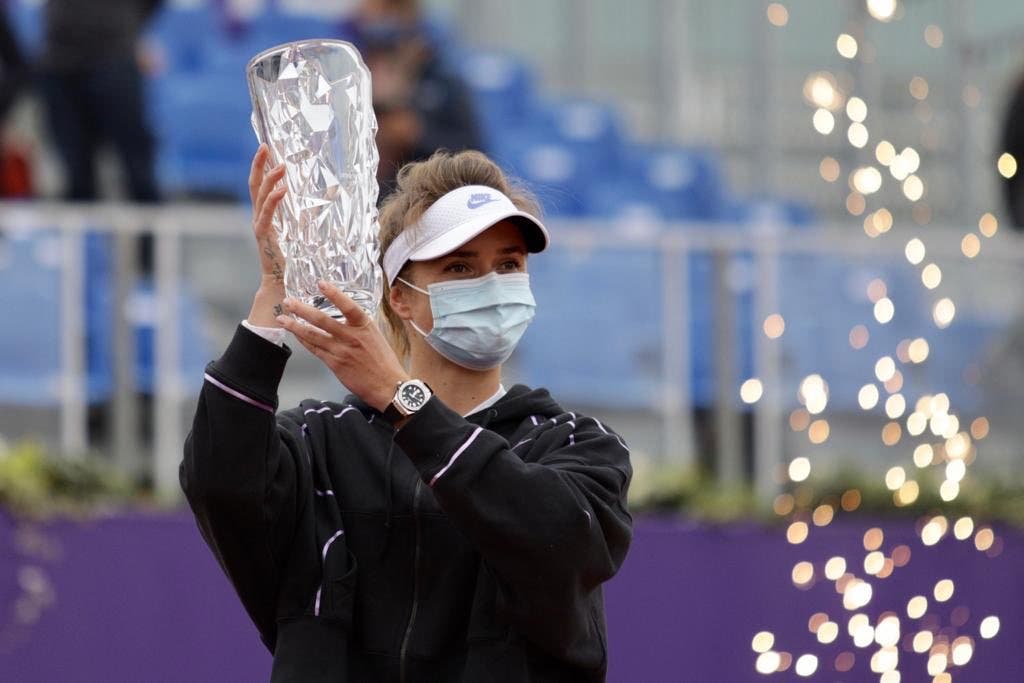 World number 5 seed and this year’s Monterrey champion Elina Svitolina overcame Elena Rybakina 6-4 1-6 6-2 in 1 hour and 52 minutes after a rain delay to win the 15th title of her career at the Internationaux de Strasbourg.

Svitolina saved eight of the ten break point chances she faced and made 23 unforced errors, compared to Rybakina’s 34.

Both players went on serve in the first four games. Svitolina earned the first break of the match in the fifth game to take a 3-2 lead, when Rybakina netted a backhand. Svitolina saved a break point with a forehand crosscourt winner and held serve with another forehand winner after four deuces.

Rybakina held serve in the seventh and ninth games before Svitolina wrapped up with a drop shot at 5-4. Rybakina fended off a break point in the first game of the second set with a service winner and forced an error from Svitolina to break serve in the second game.

Svitolina saved a break point in the fourth game with a service winner. Rybakina went up a double break to race out to a 5-1 lead after a double fault from Svitolina in the sixth game. Rybakina served out the second set at 30 forcing the match to the decider.

“It really gave me confidence to come back into the match. The second set was a little bit one sided. It gave me hope and a better feel at the beginning of the third set. The delay was not easy, but it’s the same for everyone. It was important to come out and play my game, and not think about that so much”, said Svitolina. 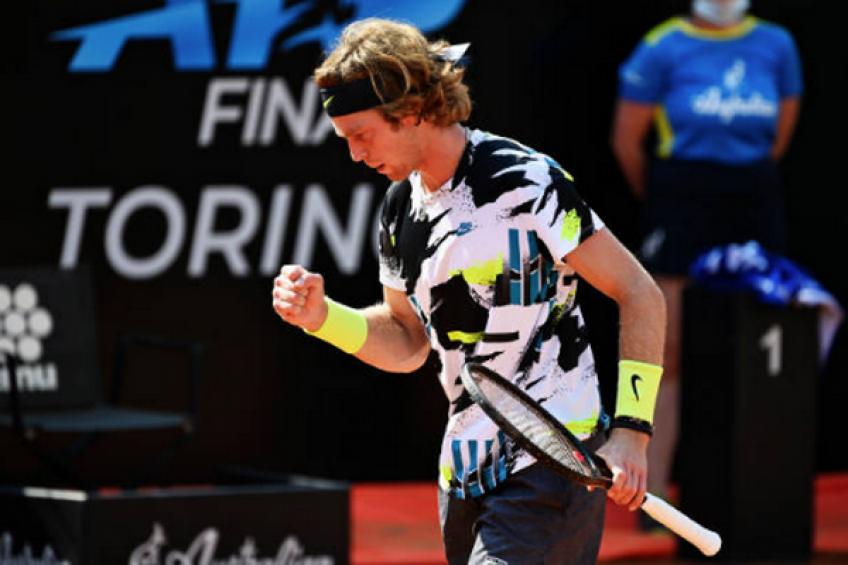 World number 14 Andrey Rublev reached his second consecutive final at the European Open in Hamburg after a 6-4 6-2 win over Casper Ruud in the first semifinal under a closed roof on Centre Court. In last year’s edition of the Hamburg tournament Rublev beat Ruud 3-6 7-5 6-3 in the second round.

Rublev earned an early break at the start of the first set. Ruud broke back in the sixth game to draw level to 3-3. Rublev got another break in the next game with a backhand drop shot winner and wrapped up with a service hold at love after 50 minutes. Ruud received treatment on his right shoulder before the second set.

Rublev went up a double break at the start of the second set to take a 3-0 lead. Rublev pulled one break back in the fourth game and held serve to claw his way back to 2-3. Rublev broke for the third time at love and converted his second match point with a forehand winner.

Rublev has reached his third final in 2020 after winning back-to-back titles in Doha and Adelaide last January. He became the first player since Dominik Hrbaty in 2004 to win two consecutive titles in the first two weeks of the year.

Rublev has improved his win-loss record to 24-6 this year. Only Novak Djokovic has won more matches this year with 31 victories in 32 matches.

Ruud was playing in his fourth semifinal from five clay tournaments in 2020. The Norwegian player won his maiden title in Buenos Aires and finished runner-up in the Santiago de Chile final.

“It is my first ever time that two years in a row I reached a final at the same tournament. For the moment, it is the most special tournament for me. We will see how it goes tomorrow”, said Rublev. 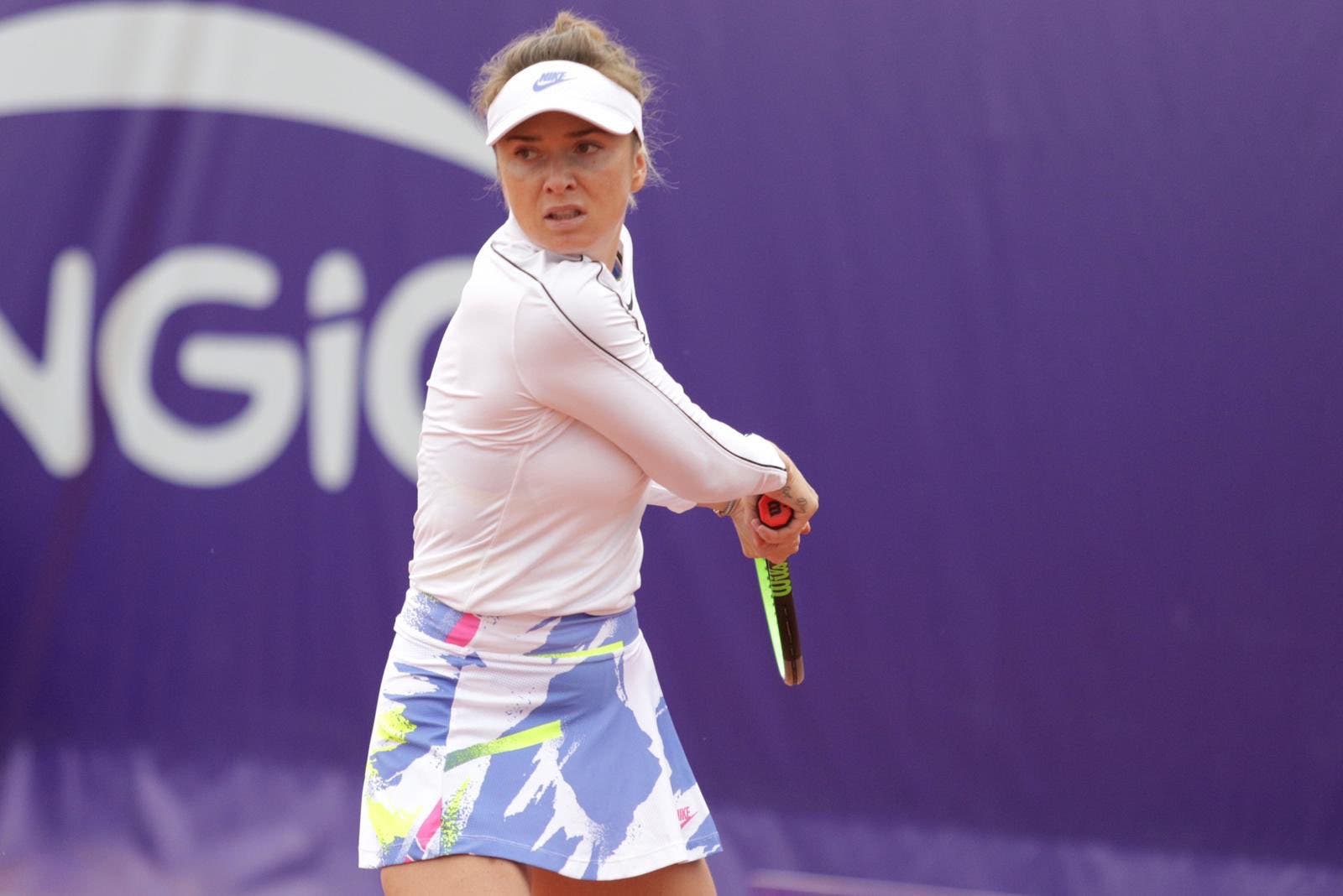 Elina Svitolina secured her spot in her final of the 2020 season after a hard-fought 6-2 4-6 6-4 win over number 4 seed Aryna Sabalenka after 1 hour and 54 minutes in the semifinal at the Internationaux de Strasbourg.

Svitolina avenged a three-set defeat against Sabalenka in their only previous head-to-head clash in Wuhan 2018.

Sabalenka served well in the second set and broke serve in the seventh game to take a 4-3 lead after a forehand unforced error from Svitolina. In the eighth game Sabalenka fended off a break point with a crosscourt backhand.

Sabalenka held serve at 15 in the 10th game with two forehand winners to close out the second set 6-4 forcing the match to the decider.

The Ukrainian player is bidding to win her second title in 2020 after her triumph in Monterrey before the lockdown.

“Winning titles is something that you always want to do when you enter the tournament. Every final is special. You try to give everything that you have to win the trophy. Each match, I am playing better and better. I played some good matches against top players, in Rome as well. It’s important for me to take every match and move forward from there”.

Svitolina set up a final against 21-year-old Elena Rybakina, who beat Nao Hibino 6-3 6-4 after 1 hour and 16 minutes to advance to the fifth final of her career. Rybakina won the second title of her career in Hobart last January and reached finals in Shenzhen, St. Petersburg and Dubai before the lockdown. The Kazakh player has improved her win-loss record to 21-4 record during 2020.

Rybakina, who beat Hibino at the 2019 French Open, dropped 18 points in 10 service games and saved all three break points she faced. Hibino faced two break points in the second game, which featured six deuces. Rybakina saved both break points and held serve with a service winner in the fifth game.

Rybakina earned a break in the sixth game when Hibino netted a forehand and held serve with an ace. The number 5 seed closed out the first set 6-3 with a hold at love in the ninth game after 37 minutes.

Rybakina got a break at love, as Hibino made a double fault in the first game of the second set, and consolidated the lead in the second game with a backhand winner. After six holds of serve Rybakina saved a break point in the eighth game with two winners and held serve at 5-4.