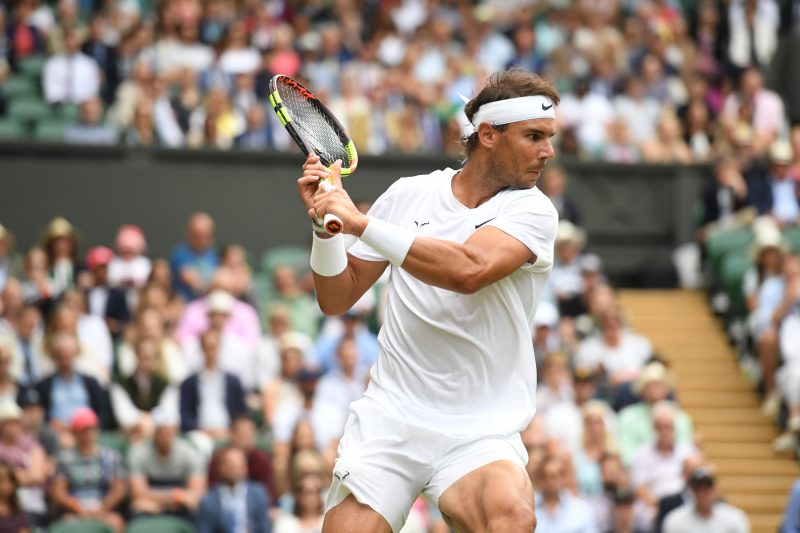 WIMBLEDON: Just minutes after crashing out of the Wimbledon Championships Rafael Nadal was left trying to explain to the world’s media what happened during his semi-final clash with Roger Federer.

The Spaniard crashed out in four sets to the Swiss Maestro in what was their first meeting at the tournament since 2008. Nadal displayed glimmers of his best tennis, but the consistency was something of an issue for the king of clay. Nadal’s second serve also took a hit as he only managed to win 48% of those points, compared to 62% for Federer.

“I had my chances. He played a little bit better than me, I think. I probably didn’t play as good as I did in the previous rounds, and he played well. So he deserved it.” A visibly disappointed world No.2 said during his press conference.
“I think his return was better than my one this afternoon. I didn’t receive well today. When that happens, he’s in advantage, he’s in the control of the match generally because you feel a little bit more under pressure than him.”

Trying to pinpoint where it went wrong at The All England Club, the 33-year-old admitted that has was frustrated with the effectiveness of his backhand. Which leaked a total of 36 errors (28 forced and eight unforced). However, it was less than his rival’s tally of 29 and 14.

“I think today the backhand didn’t work as good as in the previous rounds.” He explained.
“I was a little bit too worried about my backhand, so I was not able to move with the freedom to the forehand.’
“I was worried about not missing with the backhand. When that happens against a player like him, is so difficult.”

Whilst clearly unhappy with how he faired in his 40th match against the 37-year-old, Nadal has insisted that he was not lacking energy. Prior to the semi-finals, he has spent a total of 10 hours and 44 minutes on the court. The longest amount of time among all four semi-finalists.

Insisting that he isn’t experiencing any physical problems at present, was it more of the mental side that was too much for the Spaniard?

“Stress? Maybe, I don’t know.” Nadal replied when asked. “Of course, if I have been able to play very well during the whole tournament and today I was not able to play that well, there is always a reason.”

Nadal is a two-time champion at Wimbledon but hasn’t contested the final since 2011. He still leads Federer in their head-to-head at 24-16.