WIMBLEDON: Novak Djokovic Vs Roger Federer By The Numbers - UBITENNIS 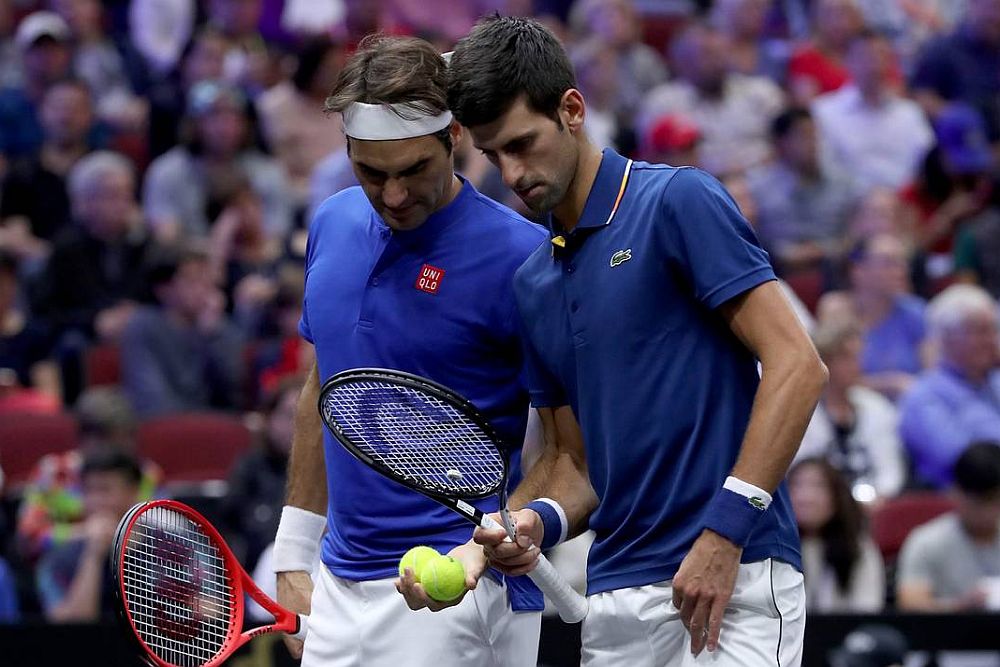 WIMBLEDON: The top two seeds will fight it out for the men’s title at Wimbledon on Sunday.

Novak Djokovic will be seeking his second consecutive title at The All England Club against Roger Federer, who has won the singles trophy more times than any other man in history. It will be the 48th meeting between the two on the tour with the world No.1 currently leading the head-to-head 25-22.

Here are some numbers behind the 2019 Wimbledon men’s final.

1: Only one player have ever defeated both Rafael Nadal and Djokovic in the same grand slam. That was Stan Wawrinka during the 2014 Australian Open. Federer could become the second player to do the double win if he triumphs on Sunday.

3: Federer has lost all three of the five-set matches he has played against Djokovic. In all of those, he won the first set.

4: Should Federer win, he would be the first player in the ATP Tour this season to win four trophies. He has already triumphed in Dubai, Miami, and Halle.

7: Djokovic hasn’t played an ATP grass-court tournament before Wimbledon in seven out of the last 10 years.

9: Federer will be bidding to become the first man to win a ninth Wimbledon singles title. A milestone that has only been achieved by Martina Navratilova.

11: Wimbledon is the 11th consecutive grand slam where it has been won by a member of the Big Three. The last player outside the group to triumph was Wawrinka during the 2016 US Open.

12: Federer will be playing in his 12th Wimbledon final in what is a tournament record. This is five more than his nearest rivals. Boris Becker, Arthur Gore, and Pete Sampras all made seven appearances.

16: It is the 16th time Djokovic has faced Federer in a grand slam tournament. An Open Era record. The world No.1 currently leads the head-to-head 9-6.

20: It is the 20th time the two have faced each other in the final of a tournament with Djokovic winning 13 of those meetings.

21: The number of grand slam tournaments where Djokovic has been the top seed.

31: Federer is playing in a record 31st grand slam final.

48: It will be the 48th meeting between the two players. Placing their rivalry second on the list for most match-ups behind Djokovic and Rafael Nadal (54). Djokovic currently leads Federer 25-22 in their head-to-head.

48: It is also the 48h time in the Open era that a grand slam final has been contested by the top two seeds in the men’s draw.

71: Djokovic has won more matches at Wimbledon than any other grand slam. His current tally (before Sunday’s final) is 71.

94: The number of grass court wins achieved by Djokovic

187: The number of grass-court wins achieved by Federer

The men’s final at Wimbledon will take place at 14:00 GMT on Sunday afternoon.