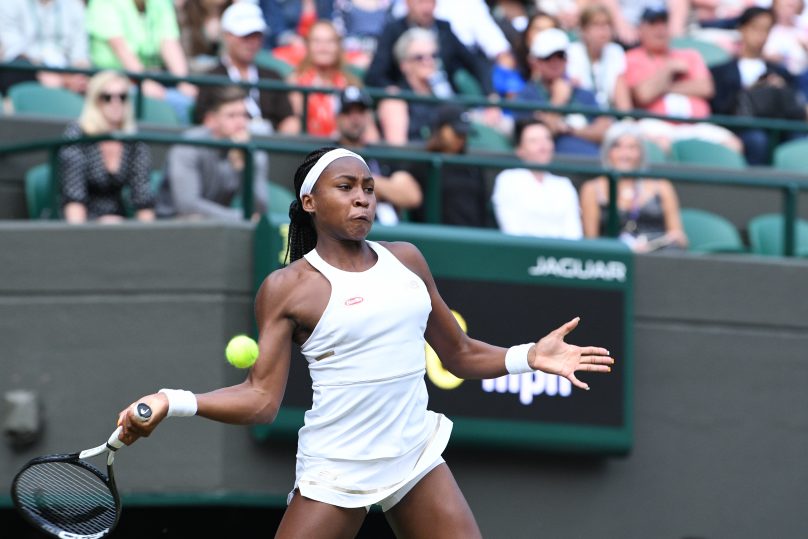 Chief Editor Ubaldo Scanagatta and Hall of Famer Steve Flink comment on Day 3 of the 2019 Championships. Djokovic eases through, Wawrinka out, and Coco Gauff beats Rybarikova to reach the third round. Can she go all the way?

There is growing hope that a significant number of spectators could be allowed to attend but it can’t be guaranteed. 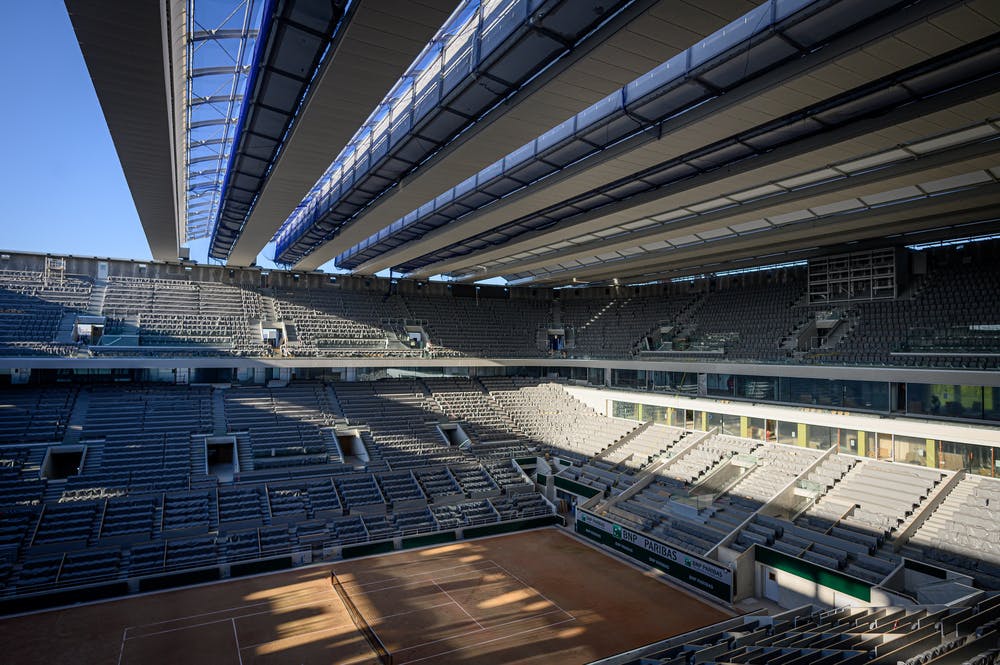 A recent announcement concerning the number of spectators allowed to attend this year’s French Open should be met with caution, according to a senior government official.

Recently the French government outlined their plan for lifting the national lockdown which includes allowing fans back to sporting events. Under their current guidelines, the Grand Slam is set to welcome 1000 spectators per day initially with that number increasing to 5000 in the last five days. The reason for the increase is because the tournament takes place during the same time the country enters ‘phrase three’ of their plans which allows bigger public events providing attendees have been vaccinated or can provide a negative COVID-19 test.

The decision has brought delight to the French Tennis Federation (FFT) who delayed the start of the tournament by a week in hope they would be able to welcome more fans. Furthermore, L’Equipe has reported that up to 12,500 people could be allowed to attend the tournament should it get a ‘test event’ status.

“I am delighted that the discussions with the public authorities, the governing bodies of international tennis, our partners and broadcasters, and the ongoing work with the WTA and ATP, have made it possible for us to postpone the 2021 Roland-Garros tournament by a week. I thank them for this,” Gilles Moretton, president of the FFT said in a statement on the Roland-Garros website.

However, the FFT are not celebrating just yet amid a warning that it is still possible that rules relating to spectators could still change in the coming weeks depending on the COVID-19 pandemic. Sports Minister Roxana Maracineanu has told Reuters it is possible that the latest roadmap out of lockdown could be adjusted.

“Something that may be decided today may change a week before the event, or two days before the event, depending on the evolution of the health crisis,” she said.
“If we offer this visibility to the participants and organizers today, they know that this visibility can be modified according to the evolution of the transmission of the virus.”
“I hope that there are no last-minute changes (in the health situation) and that we can work on these protocols sufficiently in advance to know where we stand,” Maracineanu added.

As for players attending the Grand Slam they have been ‘strongly advised’ not to visit any ‘Bright Red’ countries leading up to the event. In a recent email sent to players from the ATP, anybody arriving from India, Argentina, Brazil, Chile and South Africa will be required to go into a 10-day quarantine.

France’s daily Covid infection fell to an almost two-month low on average on Monday but hospitalizations increased by 132.

The French Open will start on 30 May and run until 13 June.

The two top 20 players speak out about the rules that will be enforced at the grass-court major this year. 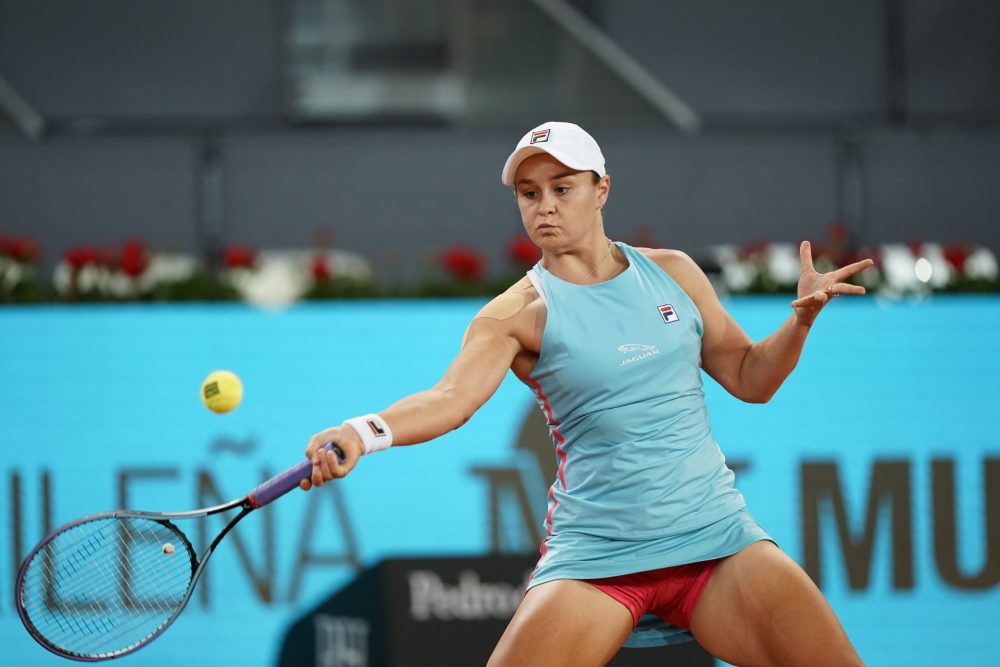 Women’s world No.1 Ash Barty says the new restrictions being implemented at this year’s Wimbledon Championships are worth it if she gets to play at the Grand Slam again.

The grass-court major is set to take place this year with players facing the strictest rules in the tournament’s history due to the COVID-19 pandemic. All participants will be required to stay within a biosecure bubble at approved hotels. Private housing will not be allowed and even those who may have a house in the city will not be allowed to stay there during their time at Wimbledon. Anybody who breaks the rules faced being disqualified from the event, as well as a fine of up to £14,000.

“It will be strange, without a doubt. But to be a little bit strange, to still be able to play Wimbledon, is certainly my preference,” Barty said following her first round win at the Madrid Open on Wednesday. “It would be a shame to not be able to play that incredible tournament.”

Last year’s Wimbledon Championships got cancelled for the first time in the Open Era due to the pandemic. Unlike the other majors it had the luxury of a pandemic insurance which helped cover the costs. Chairman Ian Hewitt said the total insurance payout amounted to £180 million.

This year there is no pandemic insurance available and officials are planning for a 25% capacity. The tournament is set to start a week after the UK is scheduled to end all of their national restrictions related to the pandemic. Although the timeline could change in the coming weeks depending on case numbers.

“We’re still a couple months away yet. Hopefully in the UK things can settle down, and some sort of normality outside would be brilliant for everyone,” Barty commented.

Konta holding on to hope

Britain’s top player Johanna Konta is less enthusiastic about the prospect of entering another bubble at her home Grand Slam. The world No.18 reached the semi-finals back in 2017 when she became the first British woman to do so since 1978.

“I’m still very hopeful that that might shift and change. As of now I’m just holding onto that hope,” she said about the prospect of having to stay in a hotel instead of her home.

Another blow to the grass season this year is the fact it’s duration has been cut by a week due to the French Open. The French Tennis Federation announced a seven-day delay in a move to maximise their chances of opening their event up to the public. France is currently in a national lockdown.

“I definitely don’t think it’s ideal for the build-up. Wimbledon has obviously lost that week, hopefully just for this year,” Konta admits. “However, I think everyone is just trying to do what’s best for themselves but overall best for the events being put on.”

Earlier this week Wimbledon conducted their annual spring press conference where they revealed plans to introduce play on the middle Sunday. AELTC chief executive Sally Bolton also played down the chances of their bubble plans being changed.

“The minimised risk environment we created for the players is a requirement from the government to bring athletes without them going into quarantine upon entry into the UK,” Bolton told reporters.

The Wimbledon Championships will start on June 28th.

Wimbledon will become a 14 day tournament from 2022 as a minimum 25% capacity is expected at the Championships this year. 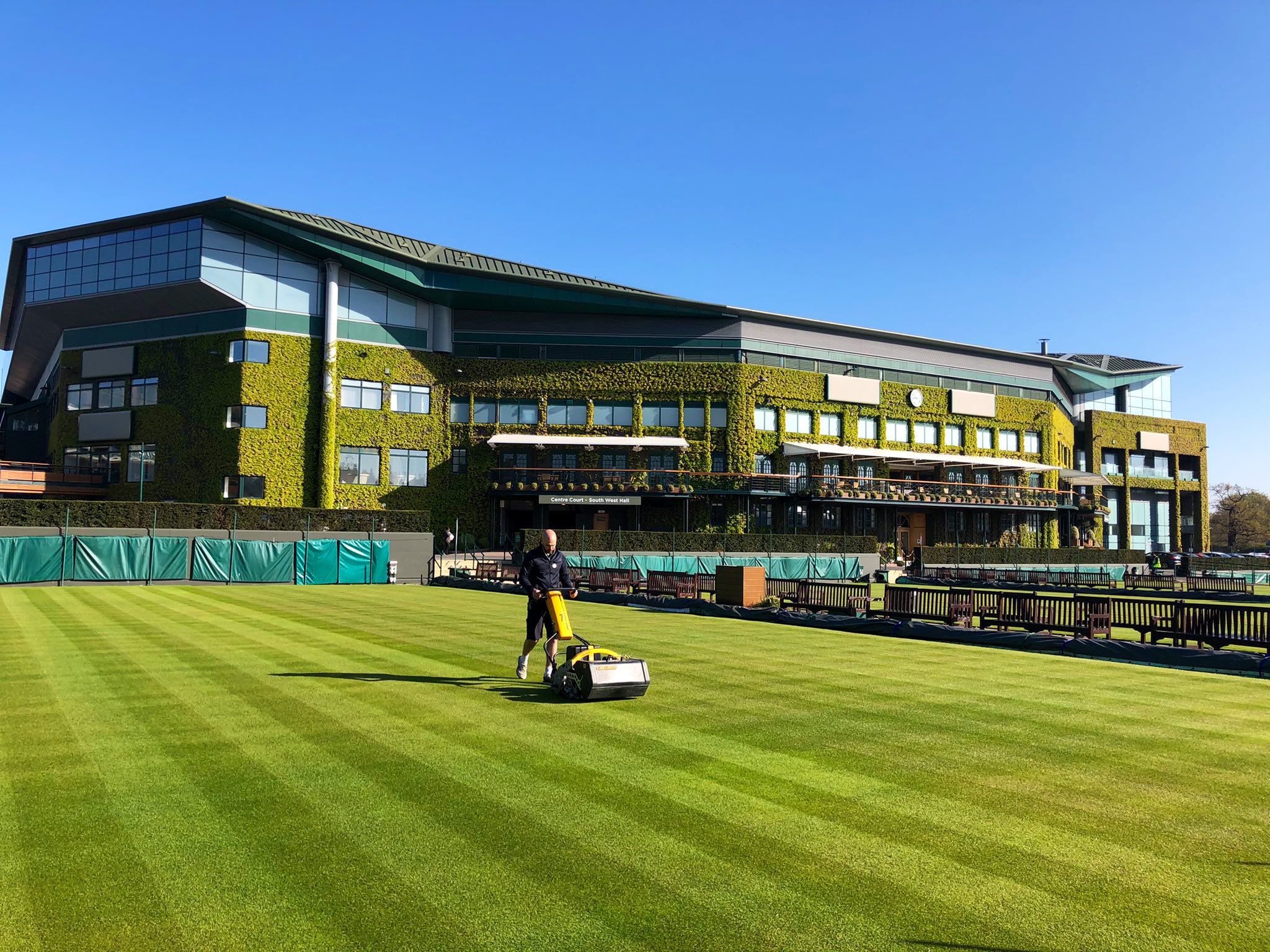 Wimbledon has announced that there will be no more Middle Sunday from 2022 as they look to have spectators for 2021 Championships.

One of Wimbledon’s main traditions will be gone from 2022 onwards as Middle Sunday will be eliminated therefore expanding the tournament to 14 days.

Middle Sunday has been a tradition which has allowed a day’s rest for competitors allowing the grass courts some time to recover for the second week.

However in 2022 there will be play on Middle Sunday as Chairman Ian Hewitt hinted that new technology was the reason for this, “Thanks to improved grass court technology and maintenance over the past five years or so and other measures, we are comfortable that we are able to look after the courts, most particularly Centre Court, without a full day of rest,” Hewitt said.

“This provides us with the opportunity, at an important time, to enhance the accessibility, reach and fanbase of Wimbledon, and tennis, both in the UK and globally. It will also ensure greater resilience and fairness of the tournament programme for our competitors, and enable us to create a different kind of atmosphere on the Middle Sunday, with a strong focus on the local community in particular.”

Moving onto this year’s tournament there is speculation about what capacity will be present in 2021, with all of the UK’s lockdown restrictions being eased a week before the Championships begin.

Chief Executive Sally Bolton has hinted at a 25% capacity to begin with but there is hope that could be increased if Britain’s roadmap out of lockdown is executed successfully, “We very much hope 25% is a minimum position from which we can build – it is our absolute desire to enable as many people as possible to safely attend The Championships this year,” Bolton said.

“At the heart of our thinking is the intention to create the mix of spectators for which Wimbledon is known, while also working hard to protect the financial performance of The Championships, including the surplus that we deliver for the benefit of British tennis.”

Other announcements in the press conference included that Wimbledon had received 180 million pounds due to pandemic insurance, ticket prices will stay at the 2020 level, prize money will be announced in June nearer to the Championships and that each player can only bring a maximum of three members of their entourage.

Despite some restrictions still being in place excitement is building ahead of Wimbledon’s return to the tour, “I would like to say how excited we are that Wimbledon will be back this summer, with the best tennis players in the world competing on our grass courts, in front of our passionate spectators,” Hewitt added.

“While it will, necessarily, be different from Wimbledon as we know it, we are full of enthusiasm and totally committed to our return following last year’s cancellation.”

Wimbledon will take place from the 28th of June until the 11th of July with the defending champions being Novak Djokovic and Simona Halep.