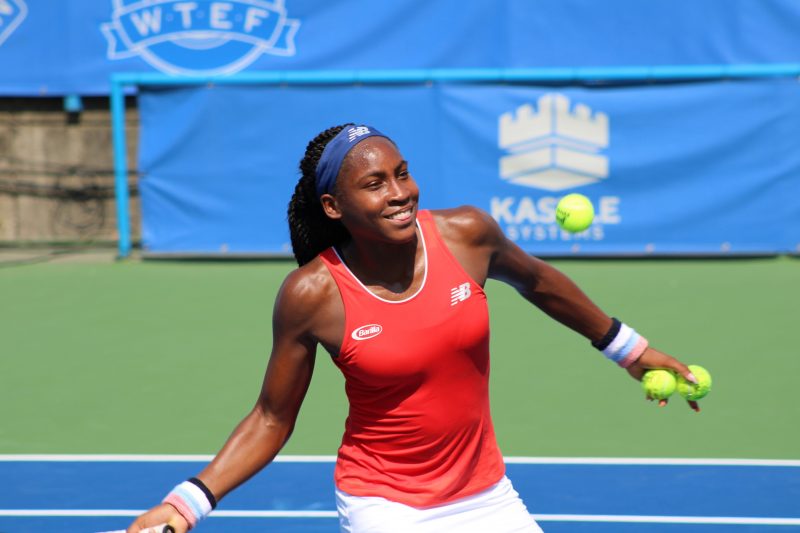 Returning to the courts for the first time since her Wimbledon breakthrough, Coco Gauff continues to prove that she has what it takes to become the new star of the sport.

Over the weekend the 15-year-old breezed her way through the qualifying rounds at the Citi Open in Washington. Disposing of compatriot Maegan Manasse 6-4, 6-2, in her opening match before dropping only three games against Japan’s Hiroko Kuwata in the final qualification round. Booking a place in the main draw of a WTA event for only the third time in her career.

“I’m really happy to get into the main draw,” Gauff said afterwards. “I feel like these two matches have prepped me for my first round match, considering I had never been to this tournament before. I’m glad I was able to come and get a feel for how it is playing on site here.”

Gauff made headlines around the world earlier this month at the Wimbledon Championships. After becoming the youngest-ever player in the Open Era to come through the qualifying rounds, she stunned Venus Williams on route to the fourth round. Where she fell to eventual champion Simona Halep. A run that hasn’t been achieved by a player younger than her since Jennifer Capriati back in 1991.

Prior to Wimbledon, the teenager recorded her first ever WTA Tour win at the Miami Open after defeating Caty McNally. Since the start of the year, the American has risen more than 500 places in the world rankings.

“I think I was figuring out my game a little bit more. I just feel like as a teenager you are still learning about yourself whether you are a tennis player or somebody who doesn’t play sports at all.” Gauff explains about her development over recent months.
“I felt like I have grown a lot as a person since then and that shows with my results. When I play I put a lot less pressure onto myself. I feel like I’m enjoying it a bit more and not necessarily thinking about losing, but just thinking about playing each point.”

In the first round of the Citi Open Gauff will play in Zarina Diyas, who is currently ranked 84th in the world. The Kazakh has been playing in a mixture of ITF and WTA tournaments this season. Her best performance so far this year was winning a $80,000 ITF event in Gifu, Japan.

Gauff, who is currently ranked 146th in the world, is set to play Diyas on Tuesday.

Sloane Stephens Looking To Improve Fittness Ahead Of Washington Opener