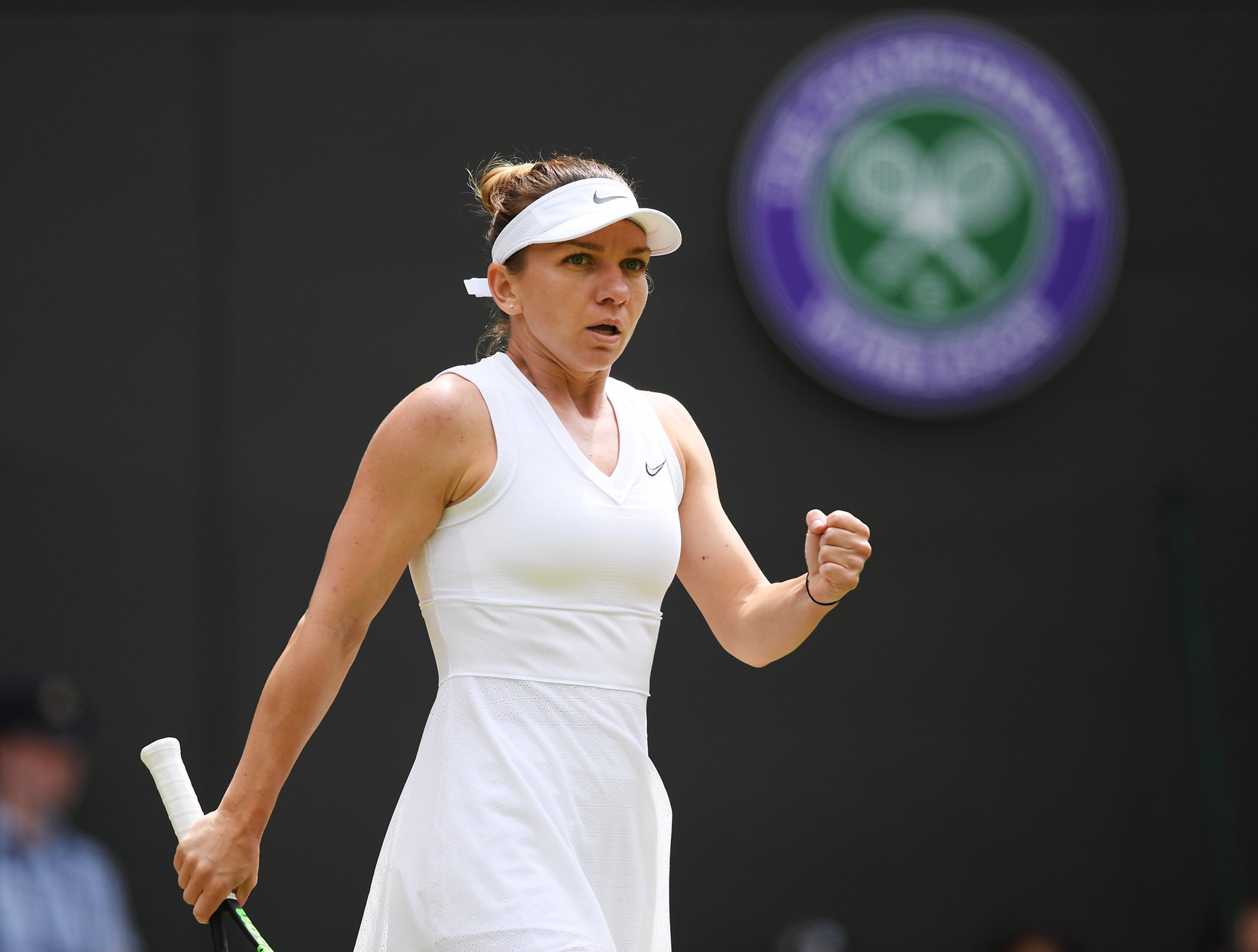 Simona Halep absorbed the power of Shuai Zhang to reach the Wimbledon Semi-Finals with a 7-6(4) 6-1 victory.

After a tentative start, the former Roland Garros champion surged to a straight sets victory past a powerful Zhang to reach the last four at Wimbledon.

Although it was a blistering start from the world number 50, she couldn’t sustain her surge and take her opportunities as she failed to reach the semi-finals of a grand slam for the first time in singles.

Next up for Halep is either Elina Svitolina or Karolina Muchova on Thursday.

The Romanian didn’t have things all her own way after being outpowered for the majority of the opening set as Zhang had a clear game-plan.

An early break helped the Chinese player settle into the match as she looked fearless from the start of the match, taking advantage of the Halep nerves.

A 4-1 lead was established as the forehand down-the-line was the key shot for Zhang as she opened up the court with relative ease.

Having sealed the early break, Zhang went searching for the second break as Halep was struggling just to hold her serve.

However all great champions fight back and the former world number one is no different as she saved four break points and avoided the double break deficit in a nine minute game.

After that epic game the momentum gently shifted towards the 7th seed as she varied up the height of the ball and adapted to Zhang as she earned the break back.

It was a great mini-comeback from Halep, who had to survive the early storm and started to use her forehand to good effect.

But the Chinese player continued to frustrate the Romanian with her game-plan and a couple of love holds made sure she regained the momentum.

A tiebreak would decide the first set as Halep used her experience to try and wrestle control of the opening set. Some controlled and aggressive points made sure that was the case as she took the tiebreak 7-4 in a 58 minute set.

That set was the killer blow as you felt that Zhang had played her best tennis with little reward against the consistency of the Romania.

This proved to be the case as Halep stormed to a second set triumph with solid play and confident hitting as she neutralised the Zhang power and momentum.

Five games in a row sealed Halep’s place in the last four and her second Wimbledon semi-final where she will play Elina Svitolina or Karolina Muchova.

A semi-finalist once again…@Simona_Halep defeats a spirited Shuai Zhang 7-6(4), 6-1 to make the #Wimbledon final four for the first time since 2014 pic.twitter.com/IVGkZ9Njxl

UbiTennis takes a look at the numbers behind the women’s draw to discover which player stood out when it came to service speed, double faults produced, return winners and other areas. 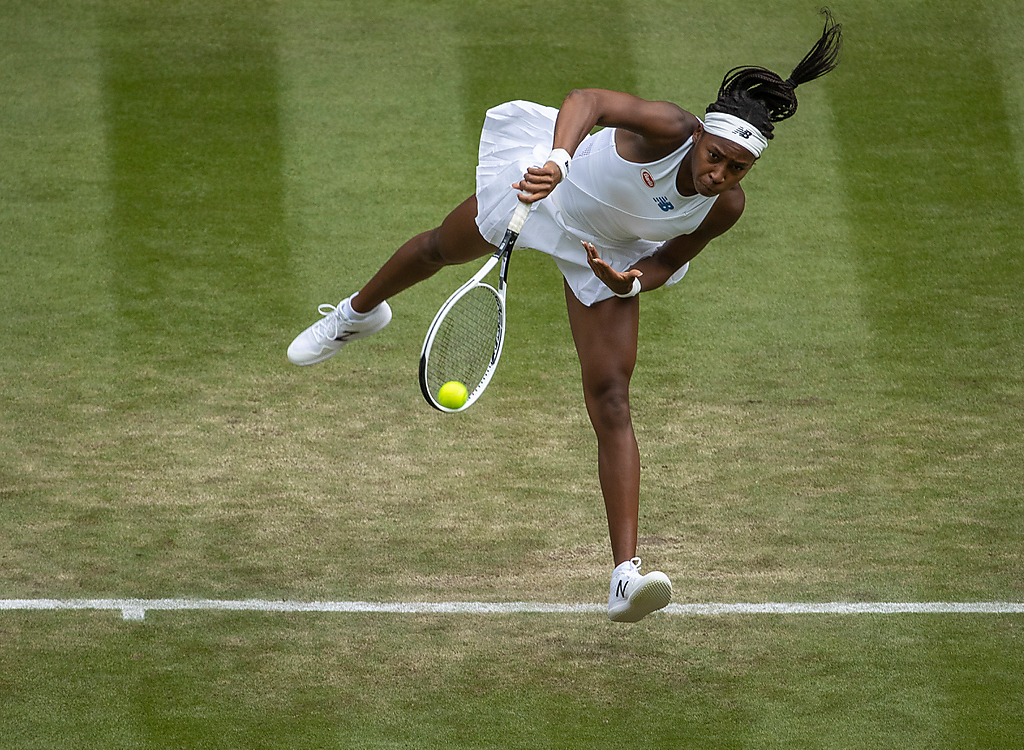 Coco Gauff (USA) serves against Elena Vesnina (RUS) in the second round of the Ladies' Singles on Centre Court at The Championships 2021. Held at The All England Lawn Tennis Club, Wimbledon. Day 4 Thursday 01/07/2021. Credit: AELTC/David Gray

On Saturday the women’s singles draw at Wimbledon concluded with Ash Barty defeating Karolina Pliskova in three sets to become the first Australian woman to win the title since 1980.

The triumph follows what has been a tournament which has seen its fair share of drama. Ranging from Serena Williams’ heartbreaking retirement due to injury to an on-court spat between Jelena Ostapenko and Ajla Tomljanović. For home fans, British wildcard Emma Raducanu stunned the draw by reaching the fourth round in what was only her second WTA event before having to pull out of the event due to breathing difficulties.

It has been an eventful fortnight at The All England Club but what players have excelled at the tournament and in what area? UbiTennis takes a closer look at the best performing players in this year’s draw based on statistical data produced by IBM.

Who produced the most aces?

The player with the most double faults

Note: women’s final between Barty and Pliskova was the joint 29th longest match of the tournament

Most hawk-eye challenges made