‘Should You resign?’ - Roger Federer Jokes With Ubitennis’ Chief Editor At Wimbledon - UBITENNIS 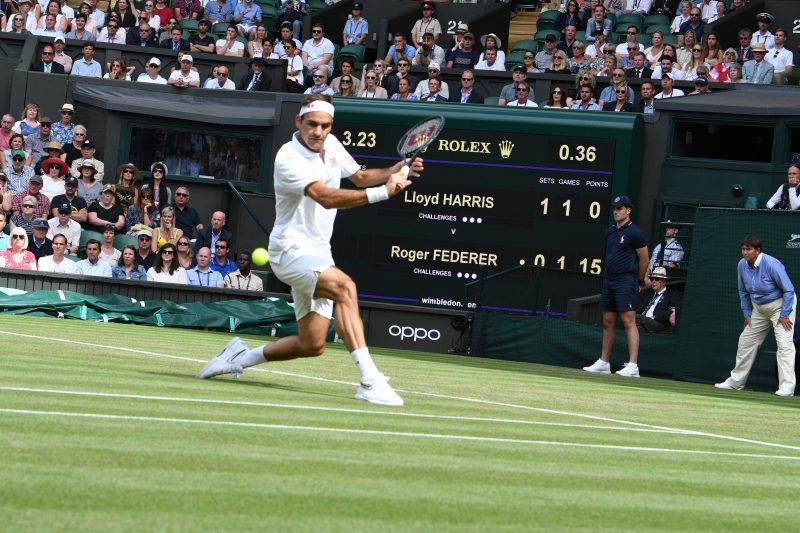 WIMBLEDON: Once again Ubitennis founder Ubaldo Scanagatta has got both players and journalists laughing at a grand slam tournament.

After becoming a viral hit earlier this year for sleeping during Rafael Nadal’s press conference at the Australian Open, his latest light-hearted exchanged involved Roger Federer. Scanagatta spoke with the 20-time grand slam champion during his press conference on Monday after his straight-set win over Matteo Berrettini.

The conversation began with the veteran Italian journalist asking Federer about Berrettini and his win in Halle he said he saw. Although he didn’t attend the tournament in person. Something Federer instantly picked up on.

“I didn’t see you in Halle.” He said to Scaganatta with a smile. “You took the easy route and watched the TV, in your bedroom, just relaxing.”

To add to the laughter, the Ubitennis chief then spoke about an article he wrote for the Italian language ubitennis.com. Previewing the fourth round encounter, Scaganatta declared that Berrettini wouldn’t lose ‘6-1, 6-2, 6-2.’ Ironically he did lose with that exact scoreline.

“If you should change your job or not, is that question? Think about it.” Federer replied when he heard about the strange coincidence.

Federer will return to action at Wimbledon on Wednesday when he will play his quarter-final match against Japan’s Kei Nishikori.

Transcript of conversation between Scaganatta and Federer

Q. I need your help this time because I saw Berrettini winning a tournament, semifinal in Halle.
ROGER FEDERER: I didn’t see you in Halle (smiling).

Q. I saw it.
ROGER FEDERER: You took the easy route and took the TV, in your bedroom, just relaxing (smiling).

Q. Correct, but still I saw it. This morning I wrote, I don’t believe that Berrettini can beat Federer, but he will not lose 6-1, 6-2, 6-2, which is exactly the score that came out.
ROGER FEDERER: If you should change your job or not, is that question? Think about it (laughter).

Q. I’m trying to think what you told him before going on court. You were his idol. Did you say something to him that he was shocked? How do you explain, honestly?
ROGER FEDERER: Honestly, I just said hi to him walking to the court. I didn’t do any games or all that stuff.