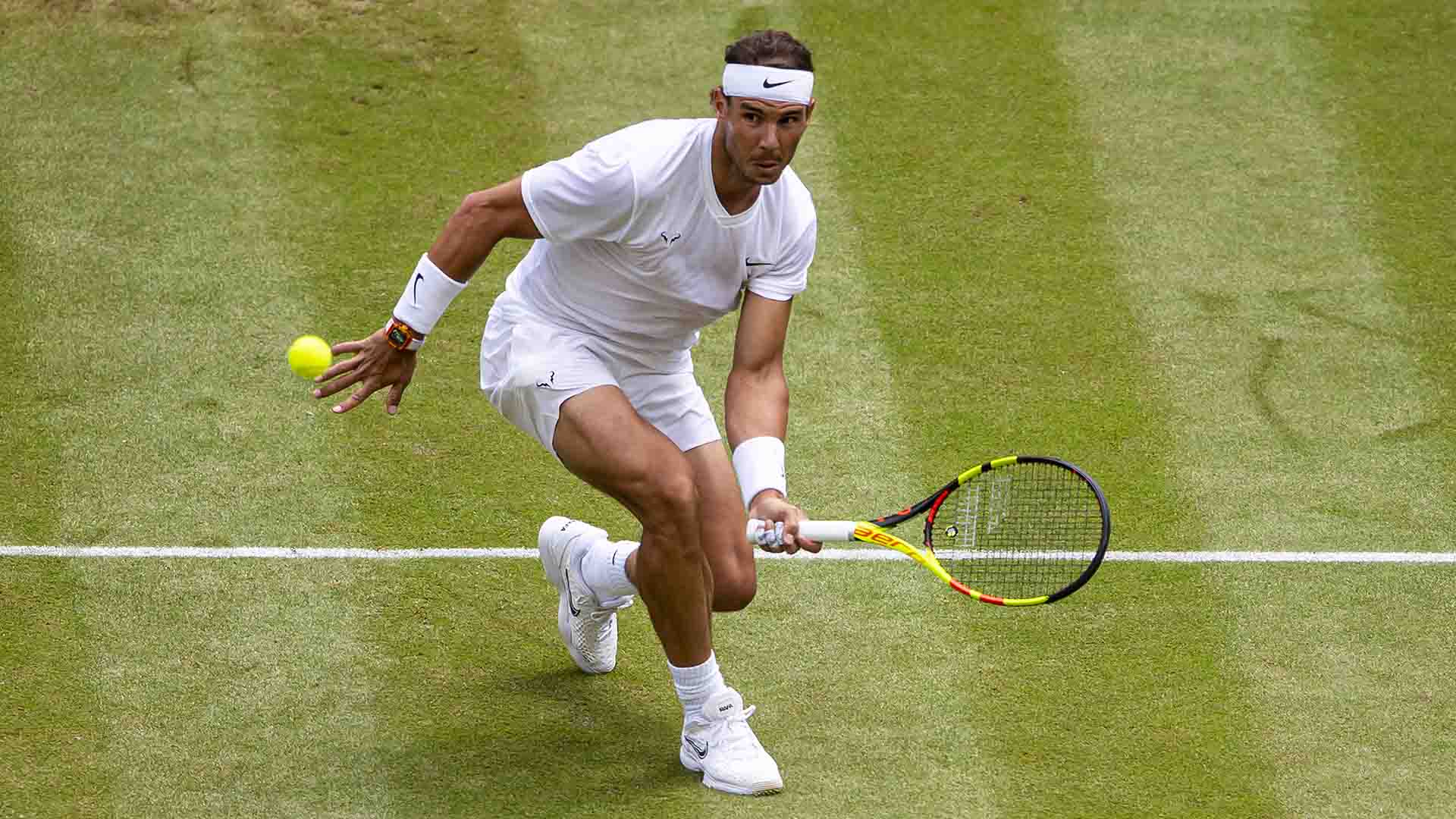 Rafael Nadal broke Sam Querrey six times in his 7-5 6-2 6-2 victory to move into the Wimbledon Semi-Finals.

The performance once again sent a message to the rest of the field after he broke Querrey six times as he booked his spot in the final four.

There wasn’t much the American could do as he was well and truly beaten by the world number two on Court One today.

Next for Nadal, is his greatest rival Roger Federer in the semi-finals on Friday.

A strong start was produced by the Spaniard as he broke down the serve of the tall American with tricky slices from the backhand wing.

After gaining a 2-1 lead, Nadal surged on from then as he made sure that he dominated play through his first serve against Querrey.

Although his serve was already under siege, the American continued to remain firm and aggressive as he was looking for the breakthrough.

His Aggressive play and court positioning proved to be to his advantage at times as he looked to target the Nadal backhand.

Towards the end of the set, Nadal had four set points but couldn’t convert as Querrey continued to play aggressive shots deep into the court.

The Eastbourne finalist eventually got his rewards as he punished the world number two’s serve to break back for 5-5.

However the best players in the world are so good at ignoring short-term disappointment and breaking back immediately.

Some more backhand slices and a perfectly executed drop shot got the Spaniard back on track as he broke for a second time and held to seal the opening set in 59 minutes.

From that point onwards it was all about the two-time champion who was simply flawless as he exposed Querrey’s movement and isolated him to the back of the court.

It was all about creating the solutions and using his slice to break down the confidence of the American as he broke two more times in the second for a two sets to love lead.

There were moments of magic from the big-serving American but they were limited and overwhelmed by Nadal’s tactical masterclass.

A break at the start of the third was the final nail in the coffin as he eased his way into the semi-finals at Wimbledon with an eventual six breaks of serve.

The returning masterclass proved that nobody will want to face Nadal in this type of form as he seems to be thriving on this type of court speed.

“I am very happy with way I played it. It was dangerous on serve in the first set but then I played great, the serve started to work better and better and, yeah, very pleased.”

Next up for Nadal is yet another meeting with Roger Federer, 11 years after that epic rivalry which arguably started his descent to the top of the game.