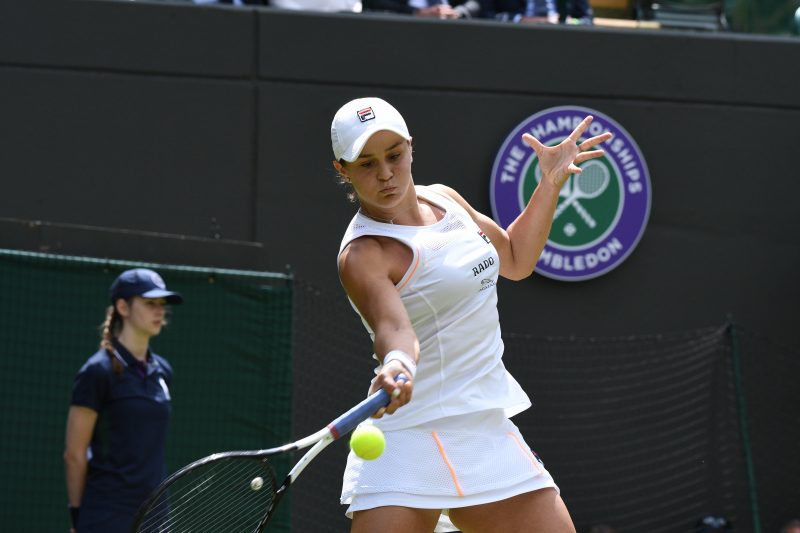 WIMBLEDON: This time last year Ash Barty was the 17th seed at Wimbledon and yet to play in a grand slam final. Now she is a world No.1 bidding to add to her French Open title.

The past few months have been a dream come true for the Australian, who once took a break from the sport and briefly pursued a career in cricket. After her first round win over Saisai Zheng on Tuesday, she has now won 37 matches this year. More than any other player on the WTA Tour. She is now the leader of the women’s pack with the media spotlight firmly on her. Not that she is fazed by this in any way.

It is not the first time the Australian has been burdened by huge expectations from others. Eight years ago she won the Wimbledon girls title at the age of 15 and was tipped to become the next big thing. Something that paid a major role in her hiatus from the sport between 2015-2016.

Now older and wiser, Barty isn’t just concerned about herself. It is also how others perceive her. As the world No.1, some would expect her to become an example for other players to follow. A challenge Barty is ready to take on.

“I think I try and be a role model by just setting an example when I play. I don’t try to do anything extra. If I can make a difference in one person’s life, it would be incredible.” She said.
“For me, it’s just about trying to go about my business the right way. I’m very lucky to have family, my parents, in particular, brought me up in a very respectful and certain way. I try to live by that every single day regardless of whether I’m on the tennis court or just living my everyday life.”

It is possible that Barty could achieve glory in both the singles and doubles at Wimbledon after teaming up with Victoria Azarenka. Last year she won the US Open women’s doubles title with Coco Vandeweghe and has been ranked as high as fifth in the discipline. The question is why play so much tennis when you’re a frontrunner for claim one of the biggest titles in the sport?

“I’ve always tried to play doubles when I can. For me, it keeps in a routine of playing matches.” She explains.
“If the schedule kind of works in your favor, you can go day on/day off with singles and doubles.’
“Playing competition is why we play this sport. It’s much more fun than being out on the practice court.”

Barty will play Alison Van Uytvanck in the second round.