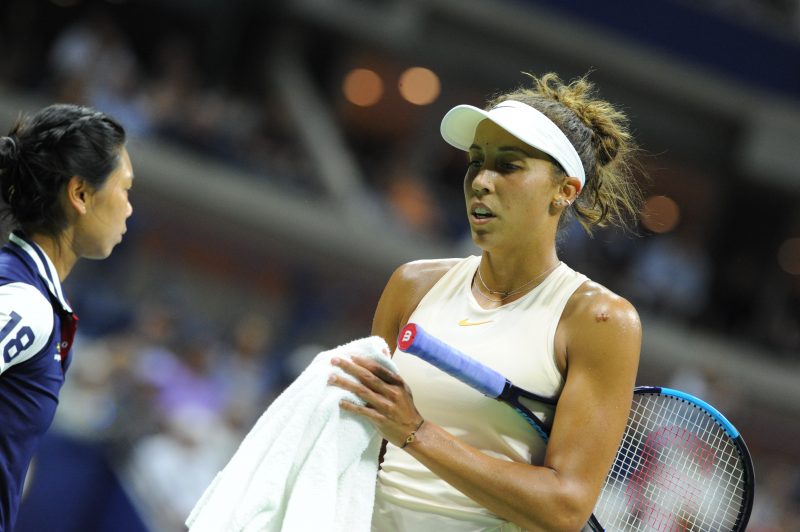 Madison Keys suffered her third consecutive early exit at Wimbledon as she lost 6-2 6-4 to World No.60 Polona Hercog.

The American, 24, is an excellent grass-court player and she has won titles on the surface in Birmingham and Eastbourne. So, she should do well on the famous courts of the All England Club.

However, in the last three years it has been a very different story for the World No.16. She lost to Camila Giorgi in 2017 and fell apart against then-World No.120 Evgeniya Rodina in 2018.

Keys was very wayward in the first set against Hercog. She only won two of the nine points played on her second serve, and she hit three double faults and 11 unforced errors.

Consequently, the Slovenian dictated proceedings. She broke the American in the first, fifth and eighth games to win the first set 6-2 in just 25 minutes. The only time she faced any real difficulty on her serve during the set was in the second game when she was broken.

Keys adjusted her strategy in the second set. She had struggled to deal with the Hercog’s slices in the opener, so she adopted a more patient approach to cut down the errors and make the World No.60 work harder for her points.

The American’s change of tactic immediately led to longer games. She lost three of the first four, which made her situation even more challenging.

Keys earned a chance to break in game six when a powerful backhand opened up two break points. However, she was unable to take either of them and the Slovenian moved 4-2 ahead.

The American held to love to put pressure on Hercog, but the World No.60 matched that achievement to force Keys to serve to stay in the match. She faltered a bit but eventually managed it.

The 17th seed made it easy for the Slovenian to serve for the match. She made three unforced errors to hand Hercog the final game. Then she shook hands, snatched up her bag in disgust and fled the court as quickly as she could. 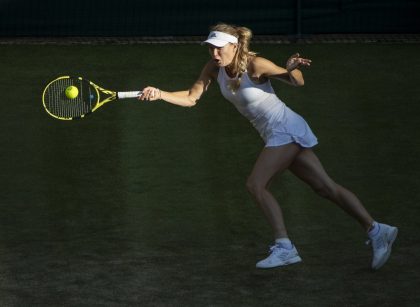 Caroline Wozniacki beat Veronika Kudermetova 7-6(5) 6-3 to secure just her 13th victory in 2019 and set up a third-round meeting with Zhang Shuai.

The Dane, 28, has endured a difficult year due to illness and injuries, and her shortage of matches has led to a slide down the world rankings from No.3 to No.19.

Despite her relative lack of practice, Wozniacki looked sharp against Kudermetova. She served superbly and did not face a single break point in the match.

The Russian also played well and deservedly forced a first set tie-break. The Dane won the shoot-out by the narrow margin of 7-5.

Kudermetova maintained her high level in the second set. However, Wozniacki gave her absolutely nothing on her serve and she attacked the Russian’s serve.

The Dane almost earned four breaks, but in the end she settled for one early in the set and another right at the end which enabled her to win it 6-3.

Simona Halep Reacts To Decision To Not Put Women’s No.1 On Premier Court At Wimbledon