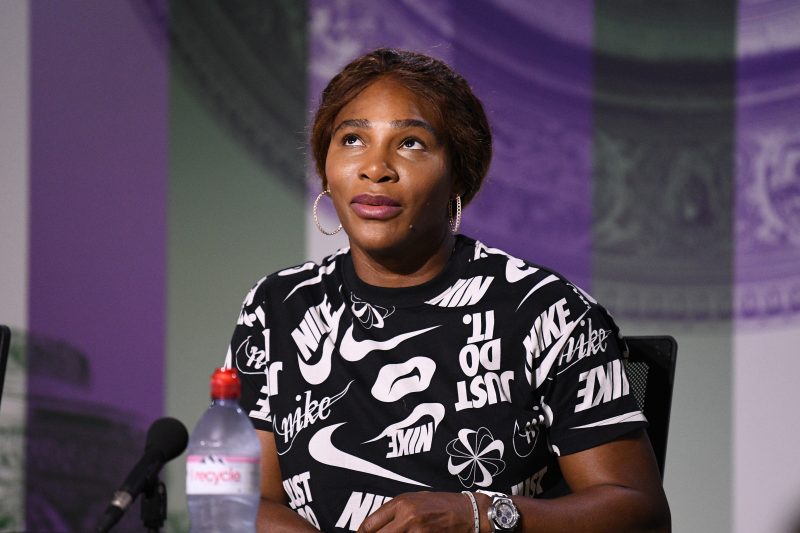 WIMBLEDON: Serena Williams has vowed to continue working after suffering the heaviest defeat of her entire career in a grand slam final.

Williams, who was bidding to claim her 24th major trophy, could only win four games against Simona Halep in the Wimbledon final on Saturday. Losing in just 56 minutes to make it one of the shortest matches to have ever taken place at that stage of the tournament. Williams headed into the clash with a winning 9-1 head-to-head record against the Romanian and defeated her earlier this year.

Since returning to the tour in 2018 after the birth of her daughter, Williams has suffered numerous disappointments in the majors. She also reached the final of Wimbledon last year before losing in straight sets to Angelique Kerber. At the US Open, she fell short to Naomi Osaka and was embroiled in controversy following her clash with the umpire. Then in the quarter-finals of the Australian Open in January, she lost a 5-1 lead against Karolina Pliskova in the final set.

Despite the blips, the 37-year-old is confident of finding a light at the end of the tunnel. Admitting that a lack of match play in recent months has hindered her ability to play her best at the crucial moments. Wimbledon is only her sixth tournament of the season. Williams has been troubled by knee and ankle problems in recent months.

“I just have to figure out a way to win a final. Maybe it is playing other finals outside of Grand Slams would be really helpful just to kind of get in the groove so by the time I get to a Grand Slam final I’m kind of used to what to do and how to play.”

Praise for the new Wimbledon queen

Regardless of her lackluster performance, which featured 26 unforced errors, the former world No.1 is refusing to take any credit away from Halep. Who has become the 10th active player on the WTA Tour to win multiple grand slam titles and the first from her country to win Wimbledon.

“When someone plays lights out, there’s really not much you can do. You just have to understand that that was their day today. Hopefully, they can play like that more often, more consistently.” She said.
“Hopefully I can raise the level of my game sometimes.”

It is unknown as to how many more times we will see the seven-time champion at Wimbledon, who has won 107 matches on the grass. She is currently the fourth oldest player to have a WTA ranking. The oldest is her sister Venus, who is 40.

“I feel like I’m still incredibly competitive or else I wouldn’t really be out here.” The 23-time grand slam champion insisted.
“For the most part, I feel like I’m on the right track. I’m just going in the right direction in terms of getting back to where I need to be.”

From now until the US Open, Williams has confidently said that two tournaments are adequate preparation for her. Explaining that she doesn’t want to ‘overdo it’ in light of her recent physical problems. The tournaments she is set to play is the Rogers Cup and Cincinnati Open.