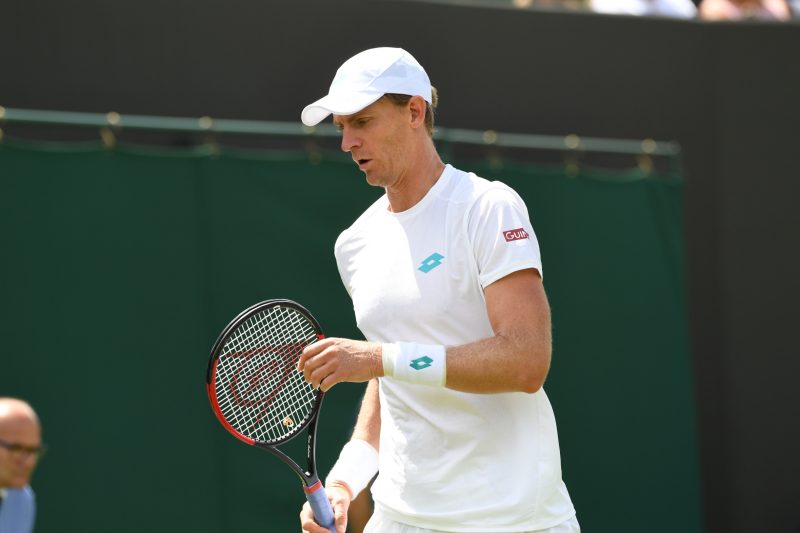 WIMBLEDON: Kevin Anderson has paid tribute to his opponent after crashing out in the third round of the Wimbledon Championships.

The South African suffered a surprise 6-4, 6-3, 7-6(4) loss to 26th seed Guido Pella, who is through to the last 16 of a major for the first time on his 20th attempt. Despite hitting 14 aces, Anderson’s usually reliable serve was part of his downfall as he claimed only 43% of points behind his second serve. Something exposed by a very much inform Pella.

“I haven’t played him before. I’ve only hit with him once in Miami a few months ago. So it’s always a little tricky playing somebody for the first time.” Anderson reflected during his press conference.
“He made life really difficult for me, I felt. He moves really, really well. I felt I had a pretty hard time keeping him on defense, finishing out the points. When I was able to do that, I had the most success.’
“Overall I didn’t feel like I played that bad of a match. I could have probably served a little bit better.”

Wimbledon was only the second tournament the 33-year-old has played since March. A right elbow injury sidelined him for almost three months. His clash against Pella was only the 14th of the season for him. Only one of those matches has been against a top 20 opponent.

“Without a doubt playing a lot of matches and being match tough, having a lot of confidence in that process, is very valuable. I haven’t had that right now.” He admits.
“I’m sure that factors in somewhere along the line. I thought today, even though I haven’t
“It’s been a tough grass season, but definitely some positives being back onto the match court, being able to play two tournaments, getting in a few more matches.”

This year is only the second time Anderson has failed to reach the second week at The All England Club since 2013. As a consequence he has only managed to defend 90 out of the 1200 points he earned last year.

The hope now for the Anderson camp is that they can regain footing on the North American hardcourts. A surface where he has won 10 out of his 13 ATP titles on.

“I felt like in my first two matches (at Wimbledon) I was playing good tennis. I don’t feel it’s very far away.” He explained.
“I feel some of the results I set for myself last year are still attainable. Competing for Masters Series titles, that’s going to be a big goal. I still have the US Open. There’s still a lot of tennis to be played.”

Anderson is set to return to action at the end of this month in Washington.