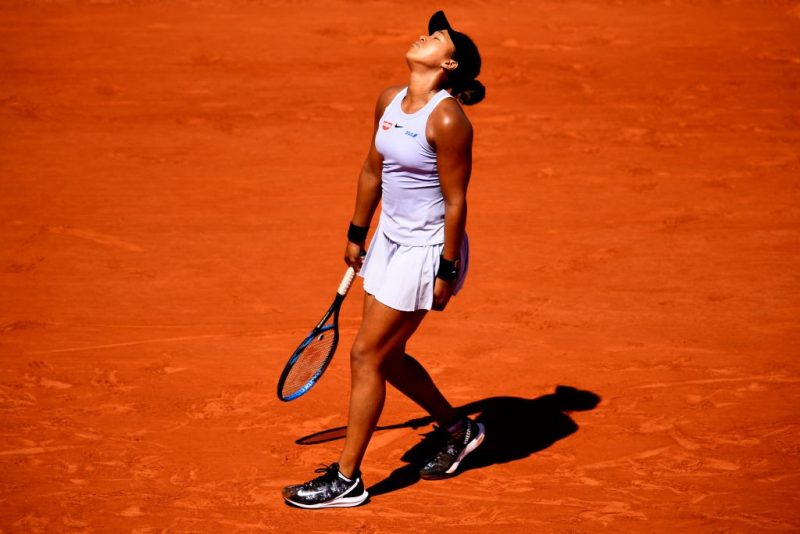 Naomi Osaka tumbled meekly out of the Nature Valley Classic with an alarming 6-2 6-3 loss to World No.43 Yulia Putintseva.

The Japanese player, 21, performed brilliantly in Melbourne at the beginning of the year. She beat Elina Svitolina, Karolina Pliskova and Petra Kvitova to win the Australian Open and become World No.1 for the first time.

Since then, it has been a strange season for Osaka. She lost to Kristina Mladenovic in Dubai, she was beaten by Belinda Bencic in Indian Wells and Rome and she was knocked out in the third round of the French Open by Katerina Siniakova.

The Japanese described that loss at Roland Garros as the best thing that could have happened because she had been overthinking the prospect of a calendar slam.

She said a weight had been lifted from her shoulders, but it looks like it is back already. Unfortunately we will to have to wait for insights from the World No.1 herself as she did not give a press conference after her loss in Birmingham.

Osaka played poorly from the start against Putintseva. She was broken twice in the first four games as the Kazakhstani out-fought her during lengthy battles and established an extraordinary 5-0 lead.

The World No.1 finally got herself on the scoreboard when she held in game six. She then decisively grabbed a break in game seven to raise hopes of a revival. However, Putintseva quickly put a stop to such thinking with a clinical service game to seal the set 6-2.

Osaka made a series of woeful errors at the beginning of the second set and soon found herself 2-0 down. It could have ended quickly from that point, but Putintseva faltered and the Japanese player suddenly reeled off three consecutive games – with the help of a net-cord in game five.

Hope of a comeback quickly disappears for Osaka

That sequence could have sparked a comeback, but Osaka reverted to the poor imitation of herself that had been on court for most of the match by making a few sloppy errors to gift the World No.43 an immediate break back.

One shot during that game summed up the World No.1’s performance. She hit a truly awful dropped shot that landed at the back of the service box and then watched helplessly as Putintseva guided the ball past her for a winner.

After the Kazakhstani held to love, Osaka made three more errors to gift her three break points in game eight. She took the first with an excellent forehand winner.

The Japanese player provided some resistance in game nine. She hit a searing forehand winner and played a great point to make it 30-30. However, she then made another sloppy error to give Putintseva her first match point, and the World No.43 seized it with a sublime drop shot that spun sideways after it bounced.

“It feels great to beat the World No.1,” Putintseva said. “It’s a good feeling when no-one expects you to win because you can play with freedom.”

She continued, “The title I won in Nuremburg gave me a little bit more confidence in my game but I don’t think I’ve started to play much better. I was already playing well in the weeks before (that event).”

Julia Goerges: My Whole Approach To Grass Is Different Now