Tales Of The Unexpected In Eastbourne As Jabeur Stuns Konta - UBITENNIS 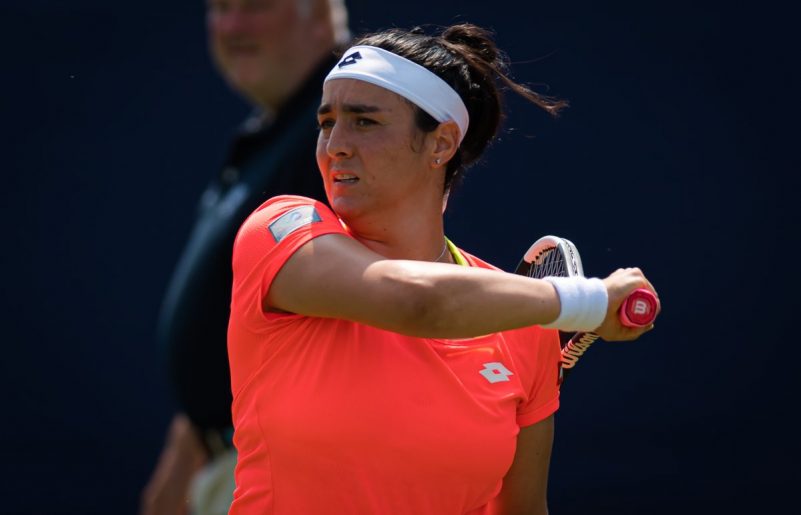 It is fairly safe to assume that nobody looked at the initial draw for the Nature Valley International and predicted a quarter-final between Ons Jabeur and Alize Cornet.

The Tunisian and the Frenchwoman were drawn in the same quarter as Ashleigh Barty, Elina Svitolina, Anastasija Sevastova and Johanna Konta. And it seemed extremely likely that at least one of those four stars would make it to the last eight.

Then the Australian and the Latvian pulled out. This was not particularly unsurprising as both players had just gone deep in Birmingham and Mallorca respectively. However, it had a huge impact.

Barty’s withdrawal gifted Jabeur an easier second-round opponent in the shape of Mandy Minella. She prevailed in three sets to set up a meeting with Konta.

Meanwhile, Cornet performed superbly to establish a 6-3 2-1 lead against Svitolina before the rain. Then she came back the next day and withstood a comeback from the Ukrainian to complete a 6-3 7-6(3) victory.

That win provided the Frenchwoman with an excellent chance to make it to the last eight. She was due to face Zhang Shuai after the Chinese player had emerged from the section of the draw that was supposed to feature Sevastova.

Cornet comfortably beat the World No.51 in straight sets to reach her first quarter-final at a grass court event.

The World No.55, who boasts a career-high ranking of No.11, would have expected to face Konta in the last eight. It did not work out that way.

Ons Jabeur sprang arguably the biggest surprise of the tournament so far. She produced a stunning display full of inventive shots to upset the Brit 6-3 6-2 and advance to just the second WTA Premier quarter-final of her career.

“I thought I did quite well in the amount of questions I asked my opponent today, and she just was answering them every time,” Konta said.

The Brit continued, “She played incredibly well. She was able to get balls back and hit winners from different positions of the court.”

Jabeur has a lot of variety in her game, and Cornet is a great competitor, so it could be a fascinating last-eight encounter. The winner will take part in a Premier semi-final. Nobody predicted that.