Semifinal Story - Federer And The Others - UBITENNIS 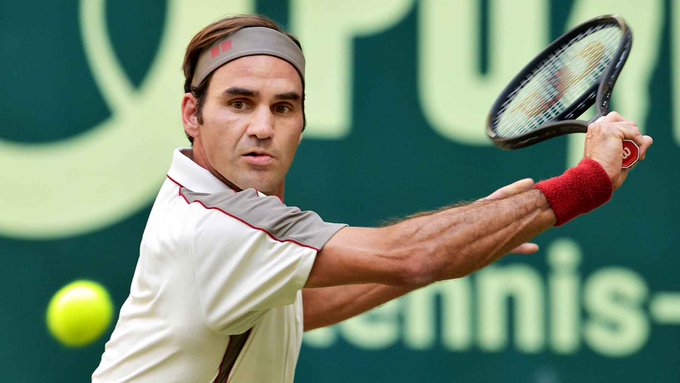 It is rare to find a semi-final lineup at an ATP 500 tournament with the status of the Noventi Open where opponents have never met before. It is almost as if they have all been playing Bundesliga football in different German states. True, there are age and time on the professional tour differences that separate the performers. Still, it is rare when head-to-head records come up with two – First Meeting – results.

Matteo Berrettini of Italy, at 23, is the youngest and the least experienced of the group, having turned pro in 2015. David Goffin of Belgium and Pierre-Hugues Hebert of France share some strong similarities. Both are 28-years old and joined the play for pay ranks in 2009 and 2010, respectively.

Then, there is “The Legend”, Roger Federer. In comparison, it seems as if he owns his own Bundesliga. He is 37-years-old and turned pro 1998…when Berrettini was at the toddling age of 2 and the Belgium/France tandem would have been eligible to play the 8 & Under division because of their ages.

Make no mistake. The figures listed are not intended to disparage the “others”. They simply reflect the “tennis savant-like” ability of the tournament’s nine-time champion. Further, since the event’s inception in 1993, this is only the fifth time, in which, only one seed – Federer who is No. 1 – played his way into the semi-finals.

Continuing with numbing numbers, going into today’s match, Federer’s Halle record was 66-7.  Goffin’s stood at 5-2. Herbert was 4-1 and Berrettini rounded out the field, at 3-1 on the local lawns.

Given the fact that the NBA draft took place a few days ago, height, (in addition to age), can be used to distinguish the players. By this measure, Berrettini tops the chart at 6’5”. Herbert is next in the “size lineup” at 6’2”. He is followed by Federer, who actually appears to be taller than 6’1”. In turn, Goffin, listed at 5’11”, seems to have been standing on his tip-toes when he was measured.

Because he is Roger Federer, he dominates most of the semi-final “judge them” categories.  He has won 101 singles championships, second only to Jimmy Connors, who captured a “ridiculous” 109 titles, ridiculous because of the consistency he has exhibited during his unfathomable 23-year-long professional career.

Interestingly, though, he and Herbert share one of the game’s often overlooked achievements. Both players have achieved career Grand Slams. Federer has won the Australian, Roland Garros, Wimbledon and US Open singles titles. Hebert, teaming with countryman Nicolas Mahut, has done the same in doubles.

Annually, there are thirteen ATP tournaments where the winner collects 500 ranking points. Earning a semifinal spot, in this sort of elite event, is a significant achievement. Matteo Berrettini, David Goffin and Pierre-Hugues should be praised for the accomplishment. Nonetheless, they are a part of the others.  There is only one Roger Federer, tennis’ long standing virtuoso.

Related Topics:ATP 500 Halle
Up Next