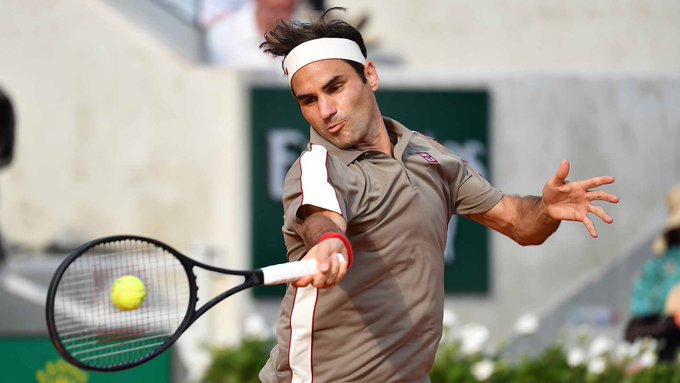 Roger Federer has reflected on an enjoyable return to Roland Garros after his semi-final exit to Rafael Nadal.

The 20-time grand slam champion was simply outclassed today as he fell to Rafael Nadal in straight sets despite breaking the Spaniard twice.

Despite failing to reach the Roland Garros final, Federer is still content with his return to Roland Garros having not competed here since 2015.

Speaking in his press conference, the 37 year-old reflected on his experience in Paris, “Yeah, I thought it was a great tournament. I really enjoyed it,” the 2009 champion said.

“Maybe one of the best ever in my entire 20-year career that I have been on tour at a slam. In terms of playing, I think I played really, actually, well. You know, I think I surprised myself maybe how deep I got in this tournament and how well I actually was able to play throughout.

“And next year, just like with any other tournament, I don’t know. We’ll see what happens. But I definitely enjoyed the clay court season and the French Open.”

The world number three also had a lot of praise for Nadal after the Spaniard proved to be too strong for Federer today, “He makes you feel uncomfortable the way he defends the court and plays on clay. There is nobody who even plays remotely close to him,” Federer explained.

“I don’t even know who I need to go search for to go practice with somebody who plays like him. I was thinking that during the match. It’s just amazing how he plays from deep and then is able to bounce back and forth from the baseline. It’s just quite interesting.”

After a successful clay court season, Federer will now turn to the grass courts where he will play in a couple of weeks time in Halle. 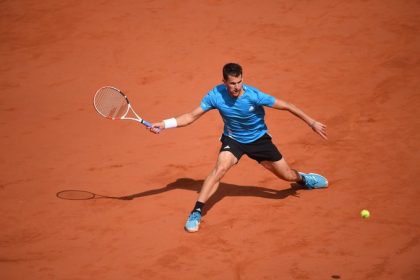 Meanwhile Rafael Nadal’s opponent for Sunday’s final is still unknown after Dominic Thiem’s semi-final with Novak Djokovic has been delayed for another day.

After winning the first set 6-2, the Austrian gave the second set to the world number one in what turned out to be very windy conditions.

Last year’s finalist does have the momentum though as he takes a 3-1 lead into the third set against Djokovic, who was more than relieved to leave the court.

They will return tomorrow at midday local time, with the winner heading into the final with a disadvantage against a fresh Nadal.