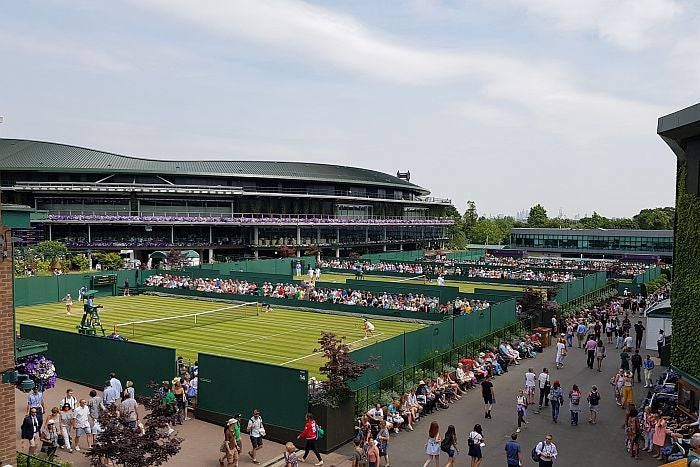 The seeds for this year’s Wimbledon Championships have been announced with the world No.1 of both the men’s and women’s tour set to head the draws.

The grass-court major is the only grand slam is the world to calculate their men’s seeds in accordance with a unique formula. Taking into account how a player has performed on the grass in recent months. This therefore means that some players could be seeded higher or lower than their world ranking, which was recently criticised by Rafael Nadal.

Reigning champion Novak Djokovic heads the field. The Serbian is already a four-time winner at Wimbledon and will be bidding to win back-to-back titles for a second time in his career. He first did so in 2014 and 2015.

“Wimbledon is for me and many players the most important tournament in the world.” Djokovic told reporters earlier this week.
“It was a huge turning point last year for me coming back from surgery and dropping out of the top 20 to win Wimbledon. It meant a lot for my confidence.”

The controversy over the seeding formula starts with second place. Roger Federer, who recently won in Halle, has been placed ahead of Nadal. Despite being ranked third in the world. Federer has won the men’s title more times than anybody else in the history of Wimbledon. As a result, it is likely that should all four seeds progress to the semi-finals, Nadal might play Djokovic, and Federer may play Kevin Anderson.

“They do it differently to everyone else and you have to respect that, although it is a little bit surprising,” said Djokovic.
“Roger Federer is the greatest of all-time on grass courts and he has won more Wimbledon titles than anyone else in history, but the guy he is being moved ahead of in the seeings is Rafael Nadal.
“For that reason, it is surprising a little bit, but it is what it is.”

2018 runner-up Anderson, who has an ATP ranking of eighth, is one of the player’s to benefit from the seeding formula the most. The South African is on the comeback from an elbow injury and has only played one tournament since Miami. Others have a boost include John Isner to ninth (WR 12), Marin Cilic to 13th (WR 18th) and Gilles Simon to 20th (WR 25th).

Meanwhile, 18-year-old Felix Auger-Alissame will have a top 20 seeding for the first time in his career at 20th.

In the women’s draw, the placement of players is a lot more simplified. No formula is used and the seedings are based on the WTA rankings. However, exceptions can be made by the Wimbledon committee if they deem it necessary for a ‘balanced draw.’

Ash Barty is the first Australian woman to top the seeds since Margaret Court back in 1973. The world No.1 is currently on a 12-match winning streak after claiming her first grand slam title at the French Open, followed by winning the Birmingham Classic last week. Barty won the girls title at Wimbledon back in 2011.

Naomi Osaka, who is yet to progress beyond the third round of the tournament, will be the second seed. Osaka lost her No.1 ranking to Barty on Monday.

Also in the top five is Karolina Pliskova, Kiki Bertens and Angelique Kerber. Kerber is the defending champion.