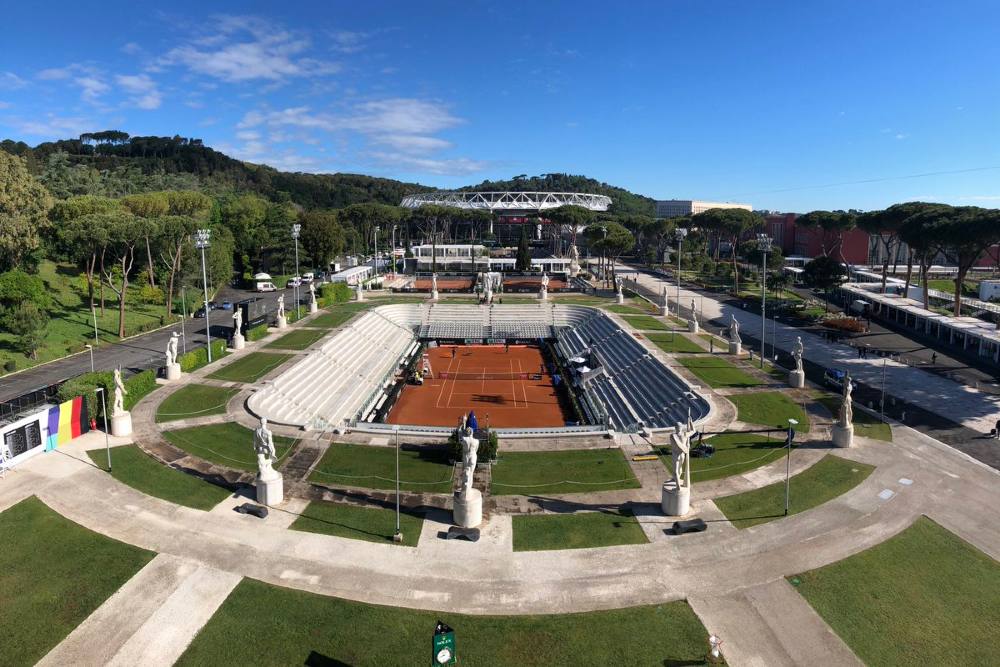 The French Open is in full swing and the singles draws have reached the Round of 16 stage, but I wanted to take a few minutes to update you on the developments of the ‘incident’ started with the withdrawal of my credentials in Rome.

It has taken some time to put together this conjoint press release because, even if a very reputable publications like “Articolo 21” (usually aligned with the position of the Federal Association of the Italian Press FNSI) strongly criticized the episode, it is never easy to coordinate so many associations, presidents, vice-presidents, etc…, and it is important that every party involved expresses the same concepts in the same way.

All journalists associations in Italy find outrageous the decision by the organizing committee of the Italian Open of tennis to withdraw press credentials to our colleague Ubaldo Scanagatta, long-time sports writer and an internationally-renowned tennis expert.

The Federal Association of the Italian Press (FNSI), the Italian Union of Sports Press (USSI) and the Press Association of Tuscany (AST) together with the Group of Sports Journalists of Tuscany and the Council of the Professional Association of Journalists consider unacceptable this harassing attitude, especially for the reasons that allegedly justified this measure: Scanagatta should have provided journalistic coverage of the event exclusively for the media outlet that requested accreditation for him. This reason is unacceptable, especially considering how in this day and age there is a multitude of freelance journalists who need to work for several different media outlets just to earn enough to support themselves. This need is universally recognized: in the “Media Accreditation Policy” for the French Open of tennis, for example, it is explicitly stated that credentials are issued to each journalist to cover the event “whether on her/his own account, on behalf of an employer, or on behalf of any company [i.e. “any companies” as more explicitly stated in the French language version of the document: “pour le compte d’un employeur, ou le compte de toute(s) société(s)”] whom the journalist, photographer or technician is working with in relation to her/his activity, in whatever form, in respect of the Tournament”.

All press associations are invoking the Italian Olympic Committee (CONI) as well as all sports federations and recommend that episodes like this one do not happen again, in any venue, in any stadium. It is worth reminding how credentials are not a privilege granted to journalists but a mere instrument needed by them to perform their role, which is guaranteed by Article 21 of the Italian Constitution that protects freedom of expression, underlining how “press shall not be subject to censorship or authorizations” and stressing that free press includes also the right of access to information without limitations.

I believe it is important this press release has eventually been issued. As you can read, the positions of all organizations involved are very firm, concerning both what happened in the past and what should happen in the future.

Since I am a… hot-blooded Tuscan old man who is never satisfied, I would have loved to see a mention of the absurd and unacceptable episode of the security agents instructed to escort me during the whole day on Saturday, while I was in the press room and I was being followed even while going to the bathroom. And even more absurdly, on the following day – on Sunday, during the Nadal-Djokovic final – when, entering the “grounds” of the tournament with an ordinary ticket having my credentials been withdrawn, I was being followed all over the venue by other security agents, as if I was some kind of criminal. I think it’s out of this world, and it could be worth a legal action… so that the people who ordered and executed the absurd (I would like to use much more colorful words, but you ought to be careful with that kind of people) removal of my credentials.

However, taking legal action on a principle, like in this case, is usually a big sort of stress, and significant expenses, for the plaintiff, while a defendant like FIT (the Italian Tennis Federation) remains relatively unscathed even if found guilty, since they can rely on large financial resources. It has happened already, on several occasion, I know this first hand.

I don’t know whether this is the end of the road or there will be further developments. At the very least it should be reminded to the person who signed that pitiful letter used as a pretext for the actions against me that journalistic ethics should prevent a journalist from doing something like that to a colleague, not even if he were ordered by the President himself.

I would also like to explain our readers how the time elapsed between the events in question and the issue of a conjoint press release by the various press associations was legally required to wait for a formal reply by FIT, that had been contacted by USSI. However the FIT did not deign to respond.

That didn’t surprise me. Probably they didn’t know what to say… without consulting with a lawyer first, a lawyer they may eventually need after all.

This press release will be forwarded to various organizations in tennis: ATP, WTA, ITF, and the International Tennis Writers Association. I can tell you that everyone has expressed their support here in Paris: other Italian journalists, international reporters, even some players.

I want to thank from the bottom of my heart those 1,000 or so readers and friends (some closer than others) who wrote to me at direttaubitennis@gmail.com, on Facebook and Twitter, and to my personal email address. I felt them close to me, I was sincerely pleased, especially because many people who hardly ever post comments on the site, some who didn’t even know how to post a comment, took time to show their solidarity. My passion and dedication to this profession is fostered also by your support, which I truly appreciate, even if you do not share or approve my positions on many other topics. This pushes me to continue along the path I have decided to take.Open Sus

Links to articles (in Italian)