Paul Jubb Goes On Tour, But Money Can Wait - UBITENNIS 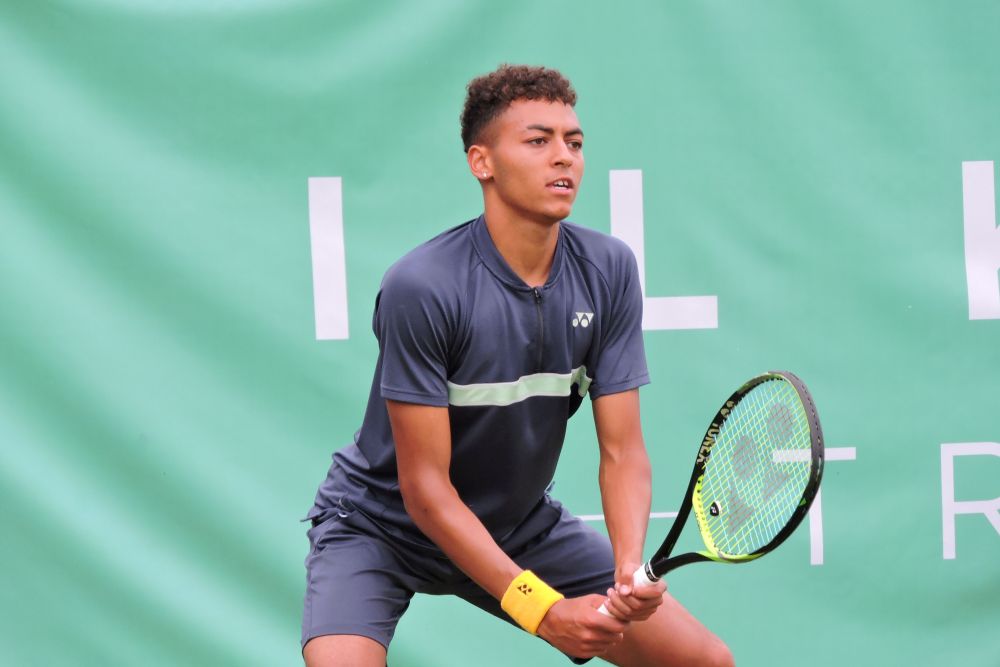 It’s almost incredible to say it, but the main attraction at the Ilkley Trophy, the most important Challenger tournament of the British grass court season, is a 19-year-old kid who is the worst ranked player in the draw at n. 576 and before last week had never won a match at this level. But Paul Jubb owes his fame to the NCAA title conquered a few weeks ago in Lake Nona, Florida, when he brought home the prestigious individual national title for the University of South Carolina.

Since he is almost a “local player” (he was born in York but he moved to Hull at the age of three to live with his grandma Valerie after both his parents passed away), the stands were almost packed on Centre Court at the Ilkley Lawn Tennis and Squash Club as Paul was playing his third round match with Austrian Dennis Novak, seasoned pro ranked n. 117. Jubb lost quite easily in two sets, the same way he had lost to the same player just a week earlier in Nottingham, but after the match, he had to spend quite some time taking selfies in the grounds as many spectators wanted a piece of him.

After postponing his press commitment to the end of the tournament, the new NCAA champion was glad to sit down with the reporters to talk about his newly changed life, now that he is embarking on a journey that will eventually lead him to become a professional tennis player. But not for at least another year: “I haven’t really thought about turning pro – said Jubb – I knew that I was going to take some time off until Christmas to play some pro tournaments, to improve my ranking, but I never really thought about turning pro”. So he will forego the €2,180 prize money for the third round reached in Ilkley, but most importantly the £45,000 first round prize money for the Championships, where he has been granted a wild card for the main draw. “It’s going to be something I’ve never experienced before; I’ll take it all in and enjoy it. I will consider the match to be a success if I am able to come off the court and feel I have done everything I can. It will also be awesome to see my grandma in the crowd cheering me up: she has been the biggest rock in my life, she has done everything for me, always made sure I stayed on the right path”.

During these “school holidays”, Paul is training at the LTA National Tennis Centre in Roehampton, and he is still deciding what the setup of his team is going to be as he is about to start playing the pro tournaments for the rest of the year: “I still haven’t made up my mind yet. These few tournaments would be about getting the feel for the right people to work with. Of course, I am used to my coaches in the States, Head Coach Josh Goffi and Assistant Coach Kyle Bailey, who have been incredible to me, but obviously I will need to find a different solution. But I have been in constant contact with the LTA ever since I started attending university in the States, I won Nationals when I was 15 so I have worked with them before and they are allowing me to train at the National Training Centre and have access to all of their facilities”.

Like any self-respecting boy growing up in Hull, Paul started playing football (or soccer, if you are reading from the USA) and for a certain period of time he kept playing both tennis and football: “But as I was growing up – Jubb explains – tennis started taking up much of my time and football started fading away. There were talks, when I was very young, to have me go for tryouts at Hull City, but you can’t really play two sports at that level. I was a mid left, a lot of speed on the wings, and that is reflecting on my game, as mobility is my best asset”.

And like any self-respecting young tennis prospect, he also had posters of tennis champions in his bedroom. “Initially I really loved watching Nadal play, but as I was growing up, I found myself being more drawn towards Djokovic, as I consider my game modeled on his”.

After his imminent Wimbledon debut, where he will experience his first contact with the big tennis stage (and especially for a Brit, that could turn out to be as brutal as it is fascinating), Paul Jubb will immerse himself into the anonymous grind of ITF Futures played on precarious courts in improbable locations, just to build ranking and experience as a base for when, after graduation, he will become a pro and will start playing not only for points but also for fistfuls of dollars or euros.

Related Topics:Paul Jubb
Up Next

Back From The Brink Of Retirement, Andy Murray Lights Up Queen’s In Comeback