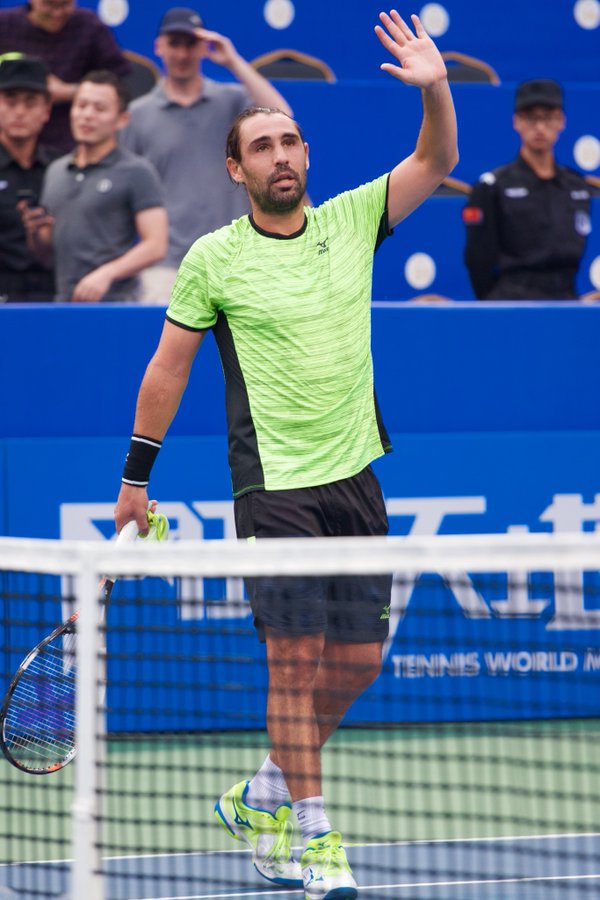 Marcos Baghdatis has announced that he will retire from tennis after competing at this year’s Wimbledon.

The 34 year-old Cypriot has been playing on the tour 16 years now and has had a stellar career which has seen him be a grand slam finalist as well as reach a career high ranking of eight in the world.

However, his ranking has dipped to 138 in the world having only won three matches on the ATP World Tour this year.

Therefore it was surprising to say the least when he received a wildcard for Wimbledon this year as his last ATP tournament was in Dubai in February.

But now the reason for the wildcard is that Baghdatis is retiring from tennis after the last tournament of his career at SW19 in a couple of weeks time.

The Cypriot took to Facebook and his website to address his fans and explain the reason for his decision to retire:

“I wanted to take the time to write to you all and let you know that this upcoming Wimbledon will be my last tournament as a tennis professional,” Baghdatis explained in his statement.

“I am extremely grateful to the AELTC for granting me a Main Draw Wild-Card at the All England Club, and giving me a chance to say goodbye to the sport that I love so much and has been such a big part of my life for the last 30+ years.

“This decision was not an easy one. It has proven tough for me, especially physically, to come back to where I feel like I belong. Even though my mind wants to do it, the limits of my body have prevented me to maintain and play at a consistent high level as I expect from myself. Especially the last two years have been very difficult for me with recurring injuries and pain.

“Besides that, I have a beautiful wife, two young daughters, and a third child on the way and I could not be more excited to spend more time with all of them at home. Although I am sad to say goodbye to the sport as an active player, I am very excited for the next chapter of my life – I am going to be staying heavily involved in tennis in a number of capacities, so you will continue to see me on the tour.

“Lastly, there are so many people to thank who have been a part of this incredible journey with me, starting with my family first and for all. To all the people that have helped me become the person and tennis player I am today, I say thank you, especially to my Mum and Dad who supported me since the age of 3 to play tennis.

“Thank you for always believing in me and pushing me to become better. My team, my close friends, but especially the fans around the world. You made me feel welcome in each and every city and country I have ever been to, and your love, support, and energy is something I will truly miss.”

After winning four career ATP titles and reaching a grand slam final, the Cypriot has obviously reached a decision to retire and have one final moment in the headlines at Wimbledon.

The 34 year-old will hope for a good draw as Wimbledon starts on Monday the 1st of July.

Related Topics:Marcos Baghdatis
Up Next