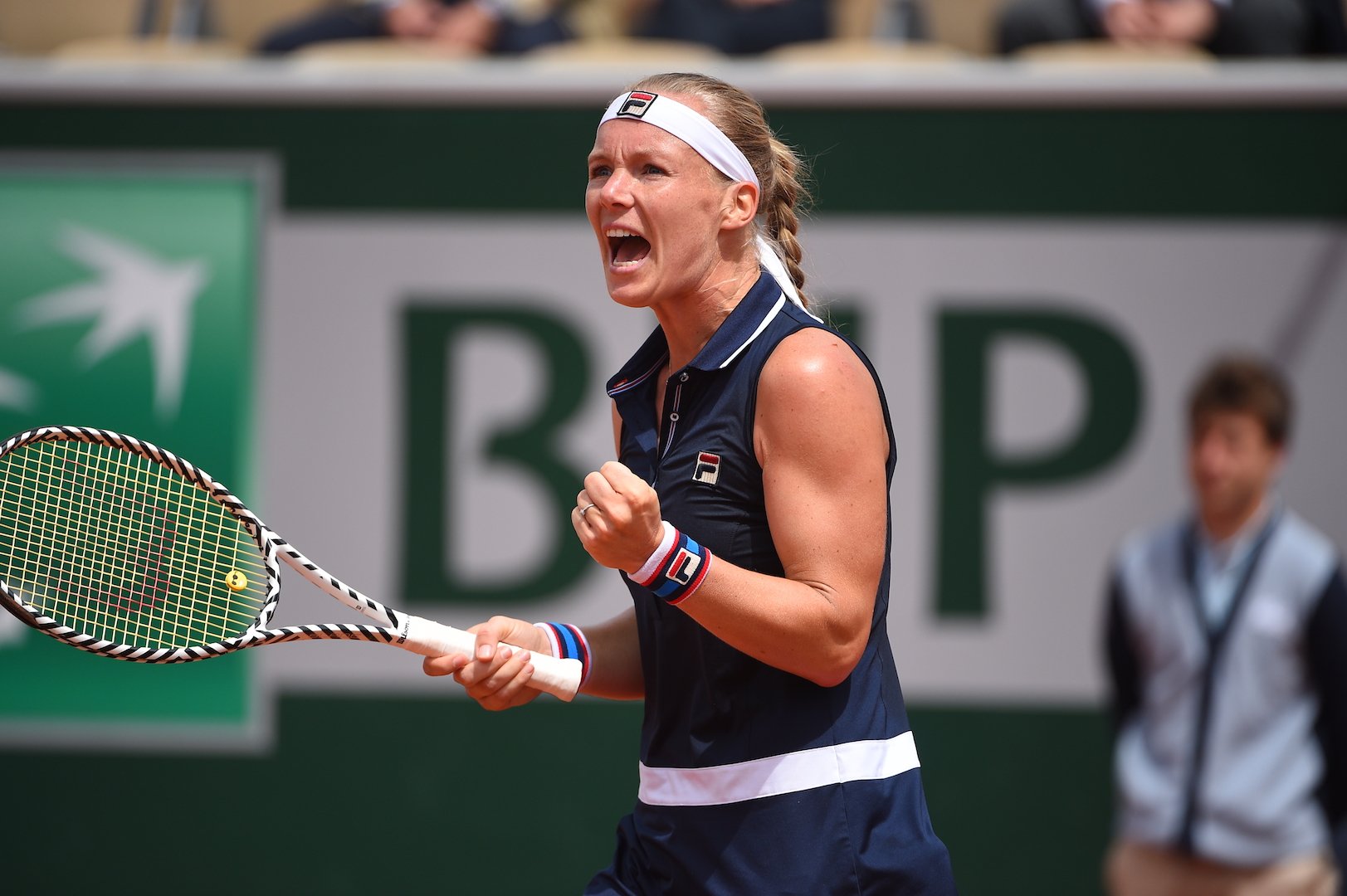 Kiki Bertens is focusing on her health and happiness ahead of the grass court swing and Wimbledon.

It has been an incredible last 12 months for Bertens, which has seen her rise to the top of the Women’s game on all surfaces.

After winning Cincinnati last year, the Dutchwoman has continued to shine and has become an established top 10 player.

Despite winning the Madrid title though, Bertens couldn’t win her first grand slam title in Paris after she fell ill during her second round contest with Viktoria Kuzmova.

In a new interview with the Holland Herald, Bertens explained her new perspective and why her number one goal is her happiness, “I know now that even when I’m feeling low, there will always be a brighter day,” Bertens told the Dutch website.

“I’m also better at putting disappointments into perspective. Losing still sucks, but I’m healthy and happy, and that’s what matters most.”

Although that may be her perspective now, that wasn’t the case in 2017 as her coach Raemon Sluiter gave her an ultimatum and forced Bertens to ask some important questions about herself, “Every training session and competition was a struggle,” Bertens stated in the Holland Herald.

“So, I had to ask myself some difficult questions. What do I want from my career? Do I even want to carry on? I was used to doing things for other people, pleasing everyone but myself, so it was good for me to do this soul-searching.”

This soul-searching has clearly worked having won two titles in 2019 as she strives for more success on the grass court season.

After a breakthrough run on the surface last year, when she reached the Wimbledon quarter-finals, Bertens will look to go even further in 2019 and win her maiden grand slam.

As of now though the Dutchwoman is just happy to be competing and loves the game of tennis, which is something she couldn’t say before, “The way I feel now, and with the current competition, anything is possible. And I still love the game. When I’m on the court and all the elements are working for me, it’s just magic.”

The world number four continues her grass court preparations later when she faces compatriot Arantxa Rus in the second round of s-Hertogenbosch.