Julia Goerges Delighted With Her Progress In Birmingham - UBITENNIS 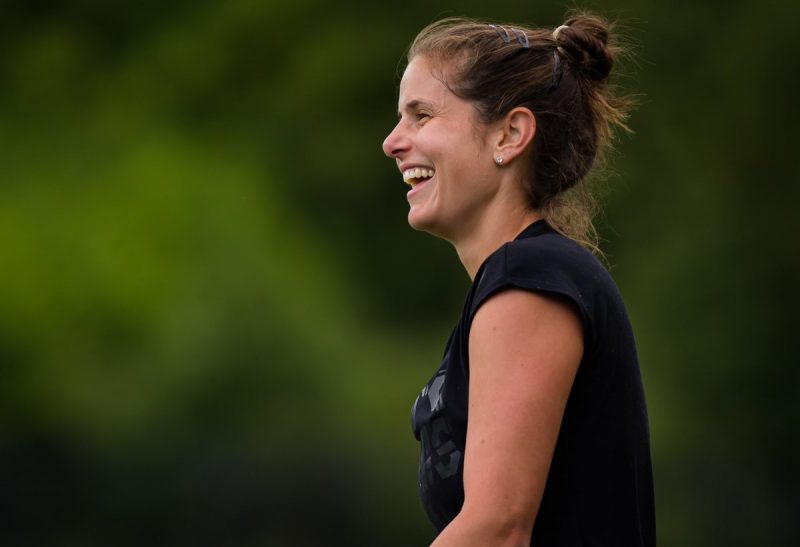 Julia Goerges stormed into the semi-finals of the Nature Valley Classic with an emphatic 6-3 6-2 victory over Yula Putintseva.

The German, 30, has hit form this week in Birmingham after recovering from a troublesome neck injury and she has been getting better and better every round.

“I’m very excited (to reach the last four) because I think today was my best match throughout the week,” Goerges said. “I feel like I’m improving match by match, I was particularly happy with the way my serve worked today.”

She continued, “I was very patient, and I waited for my opportunities but, when there was one, I made fewer unforced errors and I just really went for it. So I can be very happy with that.”

Goerges on a collison course with doubles partner Barty

While Ashleigh Barty is deservedly the favourite for the title after she won her maiden Grand Slam title in Paris, Goerges is the player who is most likely to halt her bid for the No.1 ranking this week.

The German is also playing doubles with the Australian in Birmingham and she knows her well. “She’s very relaxed and easy-going,” she said. “Not just after Roland Garros but in general. You can have a lot of fun with her.”

She continued, “We are enjoying the time we have on court. We have never played together. It was always a goal of us. It took quite a while to get together, but it’s pretty fun. We practice at almost every tournament we go to.”

“(Barty) did not change one millimetre (after she won the French Open). So, for me it’s really nice hanging out with her, but it was the same before as well.”

The prospect of the doubles partners facing each other in the final is very much alive, but Barty must beat tricky customer Barbora Strycova and Goerges needs to overcome Petra Martic to make it happen.

“Petra is taller and she has more of an aggressive part of her serve than Yulia today,” the German said. “So I think the pace will be a little bit different tomorrow. But I don’t need to focus on my opponent that much, just more on my game, trying to serve well, trying to be aggressive, the same as I did today.”

Ashleigh Barty Closes In On No.1 Ranking By Reaching Birmingham Final