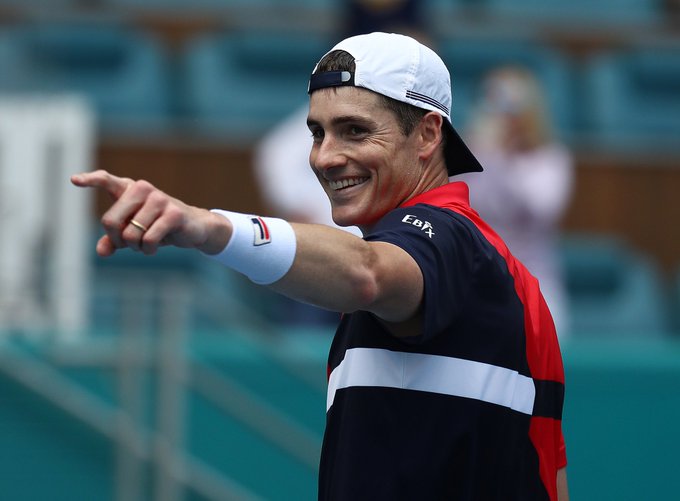 John Isner has criticised the amount of prize money awarded at grand slams for a first round exit ahead of this year’s Wimbledon.

The American is looking to return to the ATP tour at Wimbledon for the first time since injuring his foot in the Miami final against Roger Federer.

Now with a child, the world number 12 has a different perspective on life and all things tennis as his career doesn’t seem to have many years left.

This perspective has now seen him talk about areas of tennis that needs to be improved such as prize money in tennis.

Even though prize money seems to improve with every passing year, Isner has criticised the prize money for those losing in the first round.

In a letter to Forbes Magazine, Isner claimed that he would lose money should he lose his first match at SW19 this year, “For example, when I travel to a Grand Slam, I need to find a place to stay with my family and my team,” Isner began to explain.

“256 players in which I include myself – in addition to tourists, television and media teams, and the entire tennis industry – we are also looking for houses in the same neighbourhood and in the same weeks.

“At Wimbledon this year, I found a nice house within walking distance of the All-England Club for around £ 30,000 during the whole tournament. The cash prize of the first round at Wimbledon is £ 45,000, which, together with the flights, salaries and expenses of my team, would make the tournament a waste of money for me.”

Prize money has been a big talking point in tennis with players such as Vasek Pospisil and Taylor Fritz also stating the need for players to get even with more prize money at lower rounds or level.

The glamorous life of the middle tier of professional tennis = losing money.

The 9th seed at Wimbledon also backed up Pospisil and Fritz’s claims that tax has a huge factor in how much prize money you keep as well, “In addition, taxes must also be included in this discussion,” Isner claimed.

“For example, of the 45 thousand pounds sterling in the first round of the Wimbledon prize, I think they discount 45 percent, which is quite high.

“Of course, each country is different and there are some rules, but what I am trying to say is that the taxes are significant, and it is something that must be taken into account as the numbers of the cash prizes of the tournament appear in the headlines, but they can vary substantially from what ends up in a player’s pocket.”

Although there are many good points in this prize money debate, there have still been no concrete solutions or discussions to the problem which has been a frustration to many.

For now though Isner needs to concentrate on his form and fitness on the court rather than the politics off the court as the American will look for a successful return to the tour.

Last year’s semi-finalist will find out his first round opponent on Friday morning when the draw is announced.

Canada Daily Preview: Two Clashes Between Top 10 Seeds in the Third Round 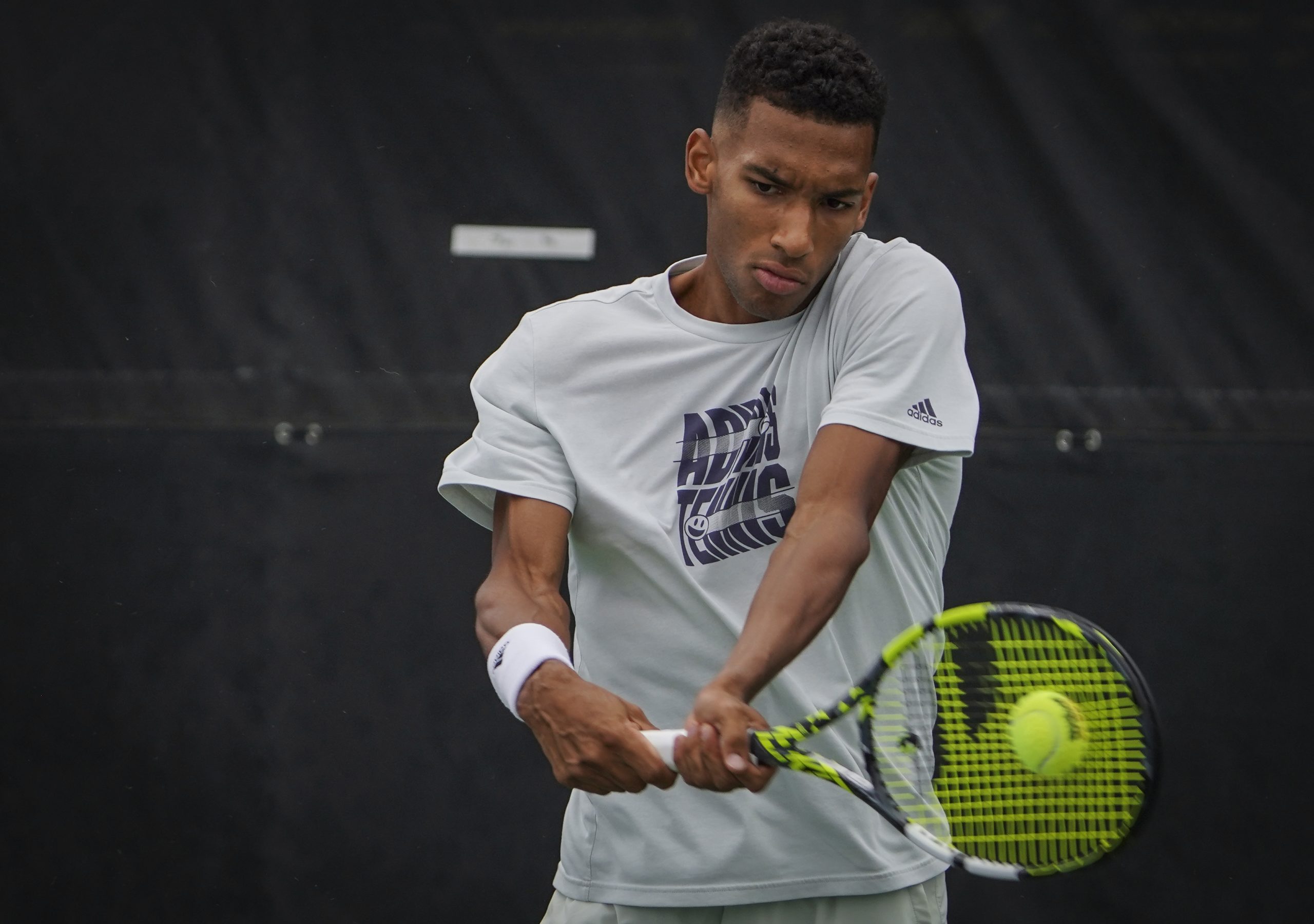 On Thursday, all third round matches will take place in both Montreal and Toronto, making for another extremely busy day of tennis.  And two of those third round encounters see top 10 seeds collide.  In Montreal, Canada’s Felix Auger-Aliassime faces Cam Norrie in a rematch from last Friday’s Los Cabos semifinals.  In Toronto, Aryna Sabalenka plays Coco Gauff, who survived an extended battle on Wednesday against Wimbledon champion Elena Rybakina.

Each day, this preview will analyze the two most intriguing matchups, while highlighting other notable matches on the schedule.  Thursday’s play gets underway at 11:00am local time in Toronto and 12:00pm local time in Montreal.

Gauff’s second-round victory on Wednesday was a grueling affair.  After failing to convert four match points in the second-set tiebreak, Coco finally prevailed in a third-set tiebreak.  And she did so despite striking 13 double faults, a part of her game that continues to trouble her.  Sabalenka spent over an hour less time on court, defeating Sara Sorribes Tormo in straight sets.  Gauff leads their head-to-head 2-1, though all three meetings have been rather tight.  And of late, Coco has been the much stronger performer.  Going back to her run to the French Open final, Gauff has claimed 15 of her last 19 matches.  By contrast, Sabalenka arrived in Toronto having lost three of her last four.  While Coco will surely feel a bit tired on Thursday, she’ll also feel relieved having escaped what would have been a heartbreaking loss a day earlier, and should play a bit more freely.  And most importantly, she’s currently feeling much more confident than Sabalenka.

Cameron Norrie (9) vs. Felix Auger-Aliassime (6) – Not Before 4:00pm on Court Central in Montreal

Last week in Los Cabos, Norrie took out Auger-Aliassime in straight sets.  However, that was Cam’s first victory over Felix in five tries.  The previous four had all gone the way of the Canadian, including another hard court matchup earlier this year in Rotterdam.  Auger-Aliassime pulled out a dramatic first-set tiebreak on Wednesday night over Washington runner-up Yoshihito Nishioka in thrilling fashion, eventually prevailing in straights.  Earlier in the day, Norrie advanced comfortably, allowing Botic van de Zandschulp only three games.  Just six days removed from their last encounter, Felix will be eager for revenge, especially at his home country’s biggest event.  But playing at home comes with a lot of pressure, and Auger-Aliassime is only 3-4 in his last seven matches.  Cam is the more in-form player, and should be favored to earn his second win over Felix in less than a week.

Jessica Pegula (7) vs. Camila Giorgi – Giorgi is the defending champion, and is yet to drop a set through two matches.  Last year in the semifinals of this same event, she defeated Pegula in three.  But overall the American leads their head-to-head 5-2 at all levels, and has twice defeated Camila since that semifinal.

Nick Kyrgios vs. Alex de Minaur – It’s Australian versus Australian, and the Washington champ against the Atlanta champ.  Kyrgios upset world No.1 and defending champion Daniil Medvedev on Wednesday, and has now won 13 of his last 14 matches.  De Minaur has already defeated Denis Shapovalov and Grigor Dimitrov this week.

Iga Swiatek (1) vs. Beatriz Haddad Maia – In typical Swiatek fashion, she required just over an hour to prevail over Ajla Tomljanovic in her opening match.  Haddad Maia eliminated Canada’s Leylah Fernandez on Wednesday, and won 13 straight matches on grass in June.

Bianca Andreescu vs. Qinwen Zheng – Andreescu outlasted Alize Cornet on Wednesday night in a tight three-setter.  Qinwen benefitted from Ons Jabeur’s retirement due to abdominal pain during their second round matchup.