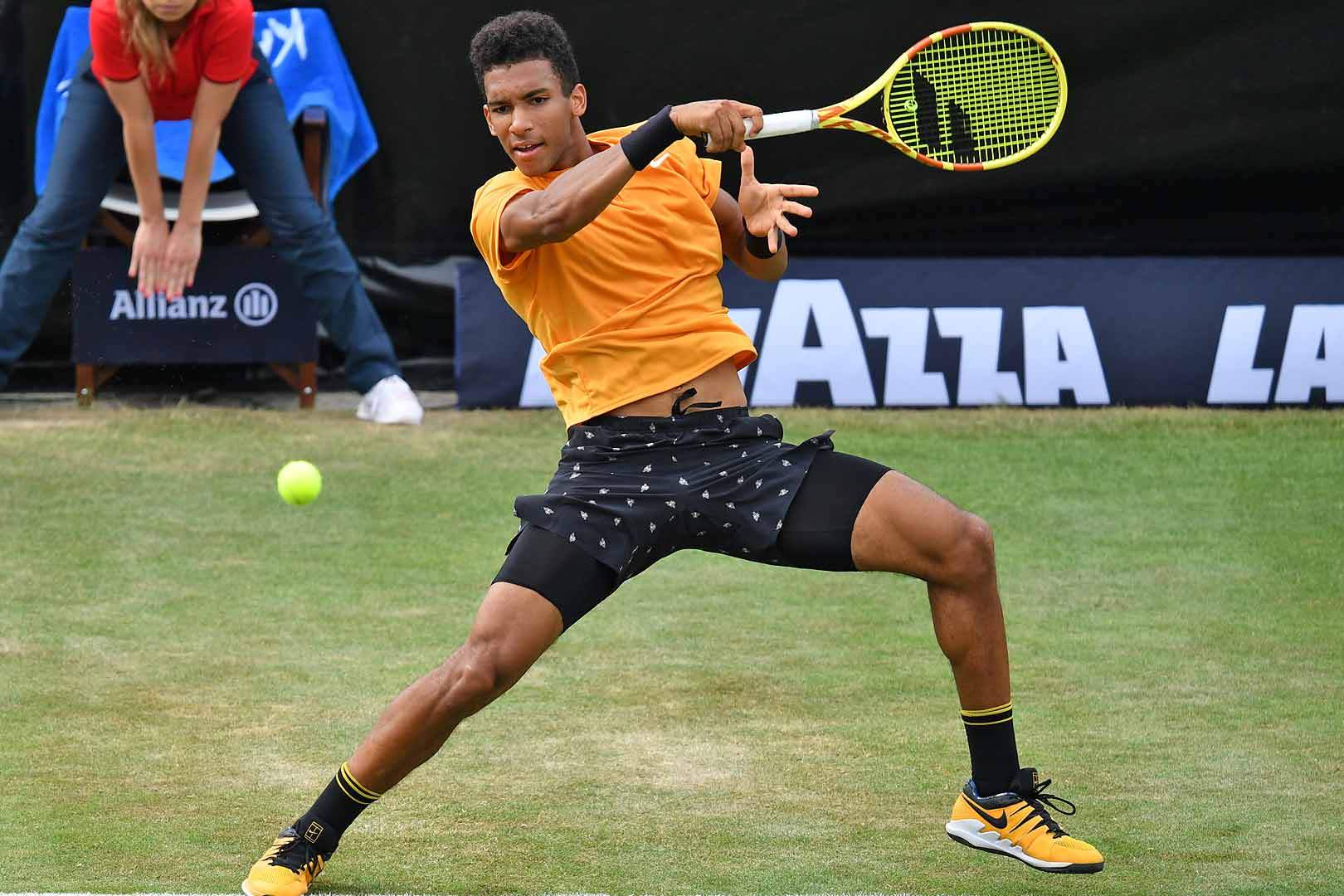 Brown servedfor the match at 5-4 in the third set, but he did not convert it, when he missed a forehand volley wide. Auger Aliassime earned his break on his seventh opportunity with a forehand.

Auger Aliassime earned his second mini-breaks in the tie-break of the third set, when he hit a backhand passing shot winner to race out to a 5-0 lead.

“A lot of emotions during the match, so many ups and downs, so many good points. Yesterday we were talking about an exciting match. I think we got it right. It was pretty unbelievable. I don’t know how I made it through”, said Auger Aliassime.

Auger Aliassime set up a semifinal against his compatriot Milos Raonic, who beat Marton Fucsovics 6-4 6-4 after 1 hour and 13 minutes to reach his second semifinal this season. Raonic got a break in each set and saved the only break point chance he faced.

“It’s going to be exciting. He had a very exciting match today. It was very impressive how he turned things towards the end. It’s going to be a tough match tomorrow. He has been playing well over these first six months and hopefully I can have a chance to find the solution to the Felix problem”, said Raonic.

Matteo Berrettini beat Denis Kudla 6-3 6-3 after 72 minutes in the quarter final of the Mercedes Cup in Stuttgart to reach his third semifinal of the year after Budapest and Munich. The Italian player won 90 % of his first service points and converted his only break point chance to win the first set.

Berrettini broke serve at 2-2 and sealed the win with a forehand down the line on match point.

Berrettini will take on Jan-Lennard Struff, who beat 2017 Stuttgart champion Lucas Pouille 6-4 6-4. The German player broke in the ninth game in each set.

Related Topics:Felix Auger Aliassime
Up Next