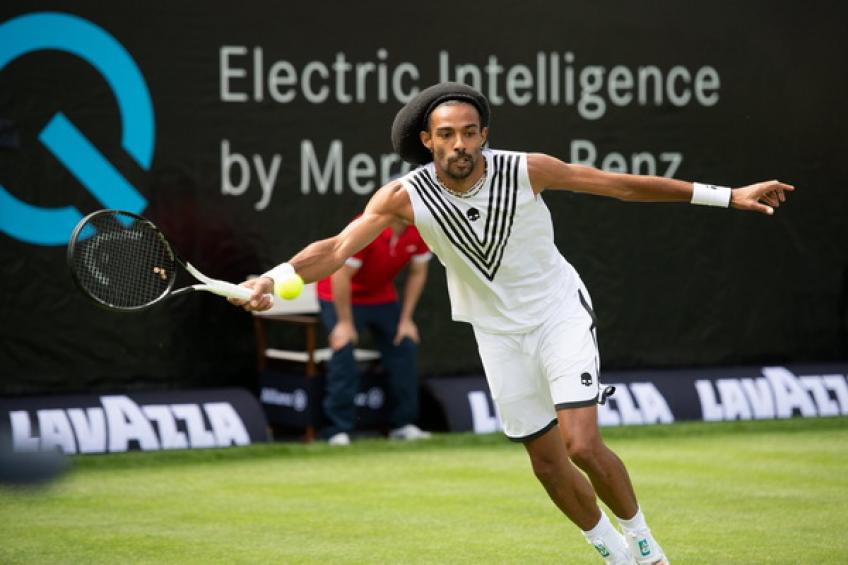 Brown scored his fifth top 10 win and his first since Montpellier 2017, when he beat Marin Cilic. He had to get through the qualifying round to make his first appearance on the ATP Tour since Munich last year.

Brown broke serve in the third game at 30 to take a 2-1 lead, when Zverev made a double fault. Brown saved a break point in the eighth game to open up a 5-3 lead and earned four set points on return in the next game.

Zverev fended them off on his serve at 5-3 but Brown served out the first set at love in the tenth game with four winners after 32 minutes.

Zverev converted his sixth break point in the second game after a forehand error from Brown to race out to a 5-2 lead.

Brown broke back at 15 with a drop shot, but he wasted two break points in the 11th game missing out on a chance to break Zverev at 5-5, when he hit backhand volley into the net. Zverev failed to convert four set points,

Zverev won the final three points to win the tie-break 7-3 after a loose drop shot from Brown.

Brown fended off three break points at 3-3 in the third set before broke serve in the eighth game at 30 with a volley winner. The German player of Jamaican origin served out the win on his first match point in the ninth game.

“It’s a big win. The last few years  have been a bit up and down with injuries, so I am very happy and especially that it happened in three sets was mentally very challenging. I stayed cool and I tried to play deep and I am happy to have won it”, said Brown.

Berrettini scored his second top 10 win this year one month after beating Alexander Zverev 7-5 7-5 in Rome.

The Italian player broke serve at 3-3 in the opening set and in the first game of the second set, when Khachanov hit a forehand long. He went up a double break with a forehand volley winner and sealed the win with a service hold thanks to a backhand drop shot winner.

“I played a great match, served really well and did well with my slice. Tomorrow it will be a tough against Denis Kudla, as he played today against Monfils. I will have to do my best”,said Berrettini.

Kudla converted the only break point chance in the 11th game to win the opening set 7-5. The US player went up a set and a break at the start of the second set. Monfils broke straight back in the second game to draw level to 1-1. Kudla broke for the second time in the third game to take a 2-1 lead. Monfils broke back in the eighth game to draw level to 4-4. Both players held on their service games setting up a tie-break. They stayed neck and neck until 2-2 before Monfils won four of the next five games to win the tie-break 7-3.

Kudla and Monfils traded breaks twice in the third set to draw level to 3-3. Kudla earned three set points at 6-3 in the tie-break and converted his first chance to win the third set.