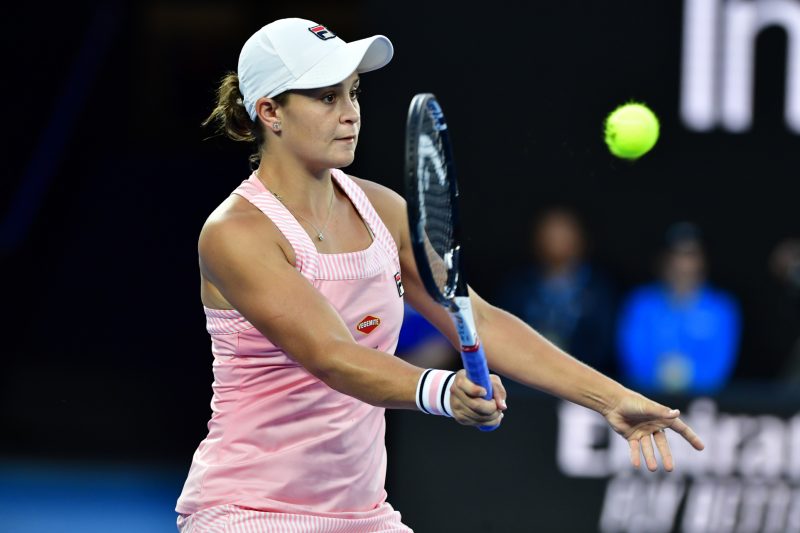 Barty, who had never progressed beyond the second round at Roland Garros until this year, came out on top against her less experienced opponent. 20-year-old Kenin was contesting her first fourth round of a major after defeating Serena Williams on Saturday. Barty’s use of the slice and her defensive play proved too much for the American as she hit 11 aces and capitalized on 29 unforced errors committed by Kenin.

“It was my first time this week playing on this beautiful court (Philippe Chatrier) and I just wanted to come out here and enjoy it. To play with fight, play with freedom and enjoy myself.” Barty said during her on-court interview.

During what was a roller-coaster encounter, both players illustrated the talent they pose on the court. At a set apiece, it was a Kenin backhand into the net which allowed Barty to break immediately at the start of the decider. With the American looking more fragile behind her serve, the eighth seed secured the double break at the expense of more errors coming from across the court. Prompting a look of exacerbation on Kenin’s face.

Easing towards the finish line against her erratic rival, Barty prevailed on her second match point opportunity. Benefitting from a forehand mistake from Kenin. It is the first time she has bagelled a player in a grand slam since the first round of the 2017 US Open against Ana Konjuh.

Barty, who is a former world No.1 junior player, once took a break from the sport to embark upon a career in cricket. Playing in the Big Bash League during 2015 before returning to tennis a year later. An experience she believes has helped contribute towards where she is today.

“It was incredible. I meet new friends, got new skills and I think it made me more hungry and passionate to come back and play tennis.” She recounted.
“I feel like I’m in a very good place and I’m very much enjoying myself.”

Becoming the first player from her country to reach the last eight at Roland Garros since Sam Stosur back in 2016, Barty will next take on Madison Keys. Keys produced a solid display during her 6-2, 6-4, win over Katerina Siniakova. Breaking her opponent five times during the match and hitting 26 winners past her. Keys was one of only two players to reach the quarterfinals three grand slam events last year. The other being Angelique Kerber.

“I’m definitely happy that I could close it out in two sets. Playing in heavy conditions for three sets didn’t sound like much fun.” Said Keys.
“I love clay courts and I love Paris. I’m very happy to be here and I’m so happy that I get to play another match.” She added.

Barty is currently tied at 1-1 in her head-to-head with Keys.