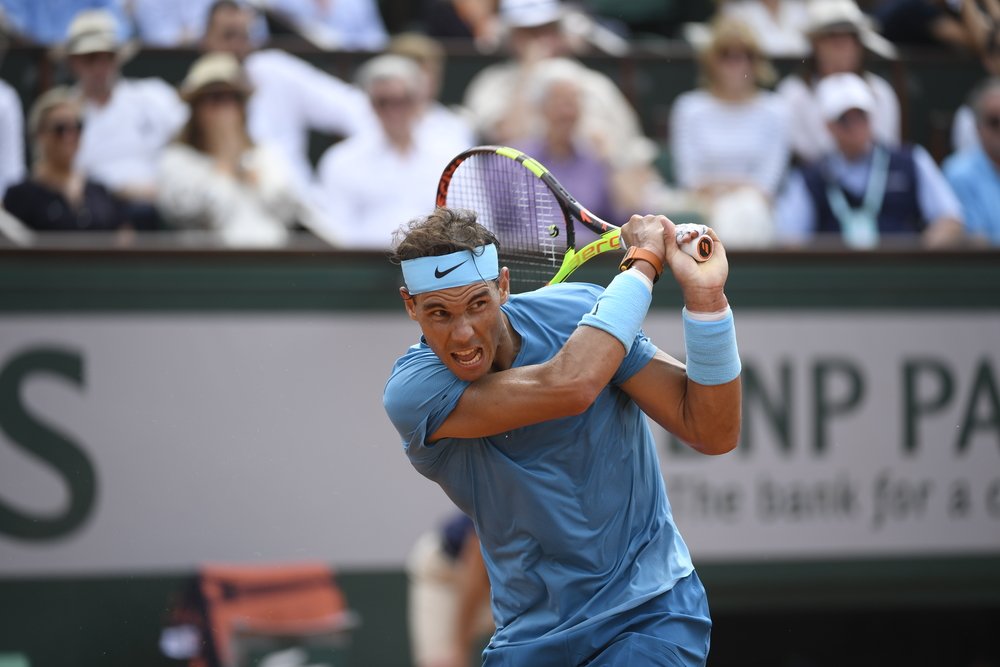 Rafael Nadal is not fazed by being the favourite for Roland Garros as he searches for a 12th title in the French capital.

The Spaniard is searching for an incredible 12th title and despite only winning one clay court tournament in preparation for Roland Garros, he is still the favourite for the title in Paris.

However having been here before as the favourite, this status does not faze Nadal who is looking forward to playing once again at Roland Garros, “I don’t care if I’m the favourite,” Nadal said in his pre-tournament press conference.

“I appreciate that you (the media) see me like that, but Thiem, Novak (Djokovic), Federer, Tsitsipas who has been playing well, (Juan Martin) del Potro, Nishikori, all those that are the best in the world will be favourites.

“The only thing that worries me is being well and being competitive. The only favourite that matters is the one who has the cup at home in two weeks’ time.”

Even though it hasn’t been a dominating clay court season for him, the Spaniard seems to be hitting good form at the right time after winning the Rome title last week.

The reason Nadal puts for his recent good form is humility and improvement after recovering from injury, “When you’re recovering from an injury it’s also difficult to recover mentally, I had not had that for a long time,” the 11-time champion said.

“Losing in the semi-finals is considered bad…Without playing especially well at the start of the clay season. You have to have the humility to value small improvements. For me, one very positive thing was that before I started Rome, it was not a disaster, I’d made three semi-finals.”

Nadal will start his Roland Garros campaign on Monday against German qualifier Yannick Hanfmann as he has a fairly routine draw.

Meanwhile Nick Kyrgios has decided to withdraw from Roland Garros due to illness. Recently in an Instagram live video at Wimbledon the Australian said that the competition ‘absolutely sucks.’

In the draw he was due to face Britain’s Cameron Norrie but now Norrie will face French qualifier Eliot Benchetrit.