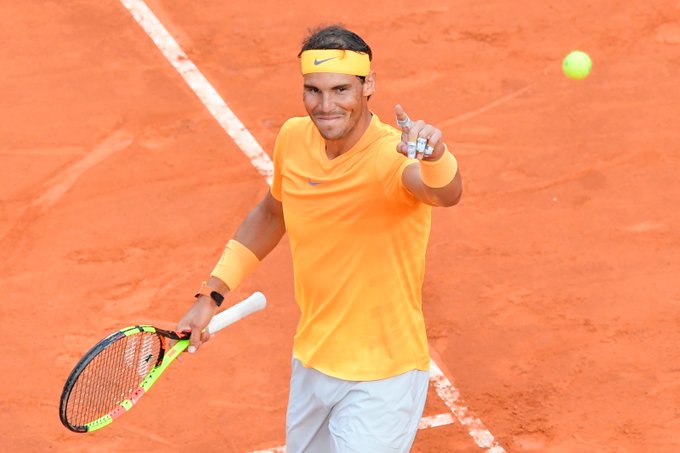 Rafael Nadal is dismissing talk of his 2019 title drought as he looks to defend his Rome title this week.

It has been a rough start to the season for the Spaniard as he has failed to win a title in 2019 even on his beloved clay, which has been a surprise to many.

Despite this though Nadal remains dismissive of his title drought and has remained positive ahead of this week in Italy, “Sometimes winning a title or not doesn’t make a big difference,” Nadal said to atptour.com.

“I didn’t win a title. It’s true I missed a couple of tournaments. At the same time it’s true that when I was playing, I was close to winning it. I didn’t play good enough to win, but I didn’t play very bad. I am there.

“I have been in… four semi-finals in a row, since Indian Wells. But that’s it. That’s tennis: sometimes you win, sometimes you lose. It’s true that I lost a couple of matches that, playing good, probably I will win. But that’s how it works.”

The world number two is the defending champion after beating Alexander Zverev in last year’s final and will be looking to build some momentum heading into Roland Garros.

His first match will be against either Richard Gasquet or Jeremy Chardy and the 32 year-old is looking forward to the occasion, “I am feeling good. I’m happy to be back here in Rome. I took a day off yesterday. I had a good sleep tonight,” he explained.

“Just excited to be back in this special place for me. Try to have a good practice this afternoon, and let’s see if I am ready to compete at the level that I want to do.”