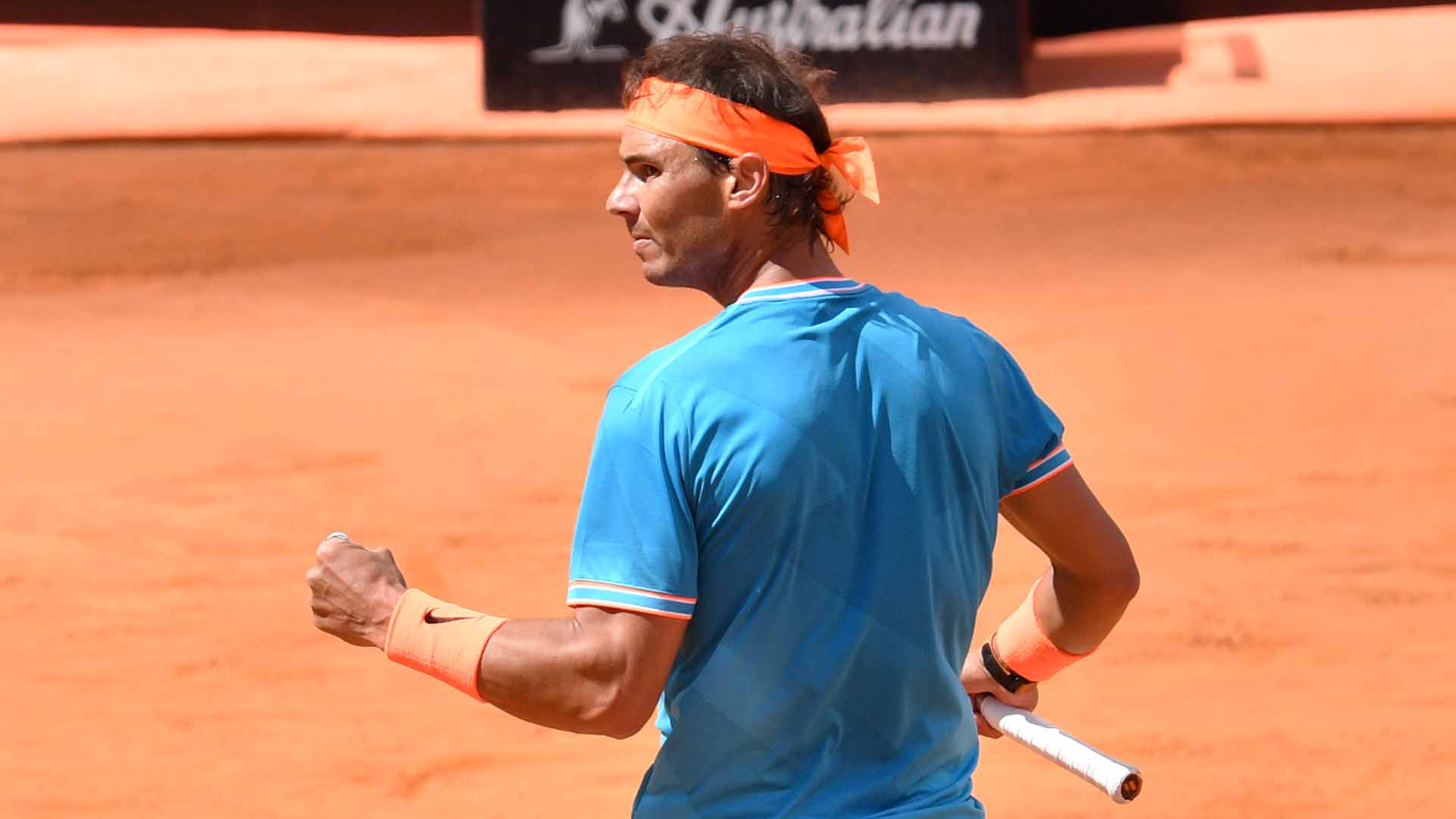 Rafael Nadal claimed revenge on Stefanos Tsitsipas with a 6-3 6-4 win to reach his 50th Masters 1000 final in Rome.

The world number two got his revenge from his defeat to the Greek star last week in Madrid by cruising to victory I the Rome semi-finals.

It’s his first final since the Australian Open and the 50th Masters 1000 final of his career as he looks for an eighth Rome title.

In the final Nadal will play either world number one Novak Djokovic or Diego Schwartzman.

It was a fast start from the Spaniard who broke in the second game for a 2-0 lead as he looked to send a clear message after recent struggles.

The world number seven though started to show why he should never be underestimated with his power from the back of the court and his positivity.

However some stunning forehands saw Nadal hold in a nine minute game as he sealed a 3-0 lead as he changed things up in his tactics.

Unlike in Madrid, the seven-time Rome champion used his forehand more than his backhand to punish Tsitsipas and be aggressive in the key moments.

Despite some good serving from Tsitsipas, it was Nadal who held firm to take the first set 6-3 and take the early advantage in this semi-final.

The second set saw Tsitsipas angry at the umpire at a few line calls as Nadal took advantage of the Madrid finalist’s emotional rollercoaster.

Some strokes of brilliance once again saw Nadal in the ascendancy as he broke in the third game for a 2-1 lead as Tsitsipas grew frustrated.

Despite Nadal threatening to break again Tsitsipas remained firm on serve as he wanted to force Nadal to at least serve out the match.

But some more insane shot-making and some fatigue from the Greek saw the former world number one close out the match and once again reach the final in Rome.

It was a good few weeks for Tsitsipas, who looks good to have a deep run at Roland Garros in just over a week’s time.

As for Nadal, it is his first final since the Australian Open and the 50th Masters 1000 final of his career, which comes as perfect timing ahead of the defence of his Roland Garros title.

A match against world number one Novak Djokovic or Diego Schwartzman now awaits the Spaniard in his bid for an eighth title in the Italian capital.