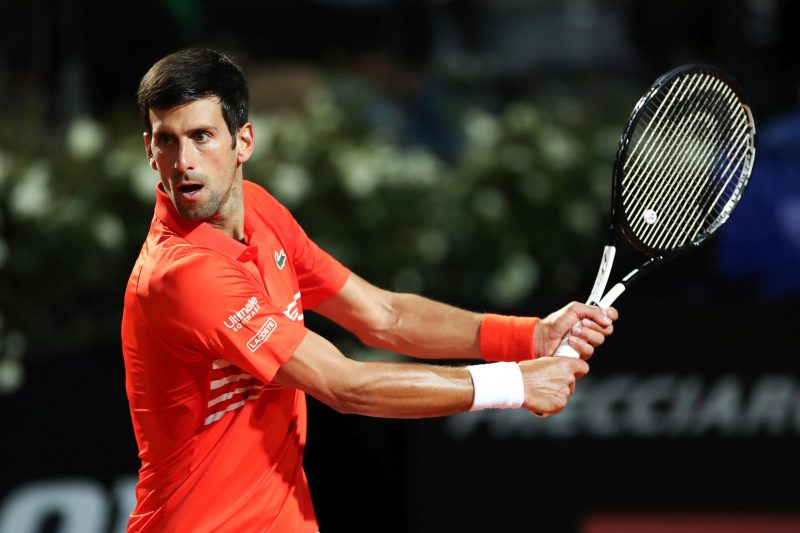 Novak Djokovic may be entering the French Open on a 21-match winning streak when it comes to grand slam tournaments, but the world No.1 is refusing to get ahead of himself.

The 32-year-old is the top seed at Roland Garros for the first time since winning the title back in 2016. Should he prevail this year, Djokovic would become the first man in the Open Era to win every major trophy at least twice. An achievement that has only been accomplished by Roy Emerson and Rod Laver in the entire history of the sport.

“This is the tournament that I have prepared for the last couple of months. I wanted to peak in this tournament and this is where I want to play my best tennis.” Djokovic said on Sunday.
“I’m sure I’m not the only one, but for me, there is an extra motivation and incentive to win Roland Garros because of the opportunity to hold all four slams, something I did three years ago in my career, and that gives me obviously enough reason to believe I can do it again.”

Leading into Paris, the 15-time grand slam champion has already endured success on the clay. Winning the Madrid Open earlier this week before reaching the final in Rome. During that period, he has scored four wins over top 20 players. The most notable being 2018 runner-up Dominic Thiem.

One rival standing in his way will be Rafael Nadal. An 11-time Roland Garros winner that has won 86 out of 88 matches played. The rivalry between the two started at the 2006 tournament when Djokovic was forced to retire from their quarter-final match due to a lower back injury. Since then, they have clashed a further six times in the French capital with Djokovic winning only once.

“I think it wouldn’t be fair to pick anybody else but him as the main favourite, because he has won this tournament so many times. He has lost, what, two times in his career on Parisian clay?” He commented about Nadal.
“So lots of respect for him, obviously, as always. We had a good match in Rome. He was a better player. Was just too strong. I felt like I had a fantastic couple weeks in Madrid and Rome, and I probably ran out of gas a little bit in the finals with a couple of long matches and late-night finishes and quarterfinals and semifinals.”

Trying to prevent the Spaniard winning once again, Djokovic is hoping that he will able to with the help of the French crowd. Who are certainly not afraid to express their opinions based on previous years.

“I love playing in Roland Garros always throughout my career, and especially in the last four or five years I received a lot of support from the French crowd and also international crowd that comes here. And I think because of that support, I also managed to win this title in 2016.” He concluded.

Djokovic will take on Poland’s Hubert Hurkacz in his first round match on Monday.