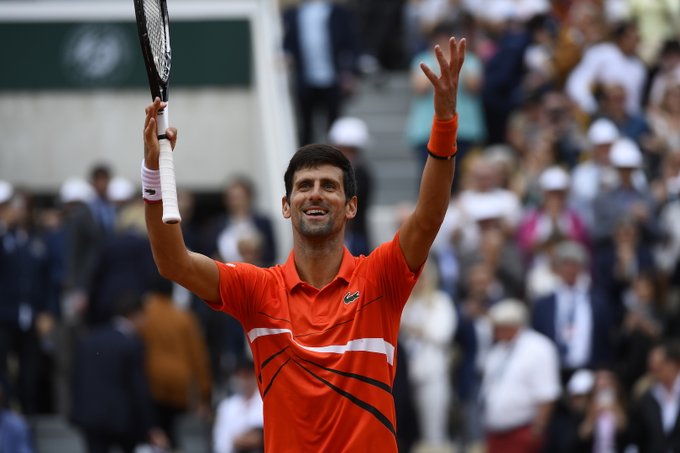 Novak Djokovic is ‘honoured’ to have a long rivalry for Rafael Nadal as he remains ambitions about his chances in Paris.

The world number one was asked about his rivalry with Rafael Nadal after his second round win over Swiss Lucky Loser Henri Laaksonen.

After dropping only eight games in the 93 minute contest, the Serb was asked about his long rivalry with the 11 time Roland Garros Champion.

In his response the Serb explained how honoured he was to share much of his career with the Spaniard, “We have faced each other I think most of any two players that faced each other in history. And it keeps going,” Djokovic explained in his press conference.

“I am the player I am today because of him, for sure, and because of the rivalries we had because of the fact that he was always making me improve, and I think it’s also vice versa, it’s other way around.

“I’m really honored to be part of, you know, one of the greatest rivalries in sport. I think because of the rivalry that we have, and because, you know, for the last ten years that I was very fortunate to be in top of the men’s game.

“It’s one of my biggest motivations is to, you know, to win against Rafa or Roger, you know, on the biggest events. That’s as big of a challenge as it can get in tennis for me.”

Although Djokovic may be praising his nearest rival, the potential match between the duo in the final this year is still a long way away as both seem to be cruising to the second week.

“But that’s good, because there is a shift of generations and new players coming up. Again, I’m going to have to do my homework, do analysis on him. I’m sure he’s going to be very motivated to, you know, to play his best.”

Should Djokovic win against Caruso, he will head into the second week as joint-favourite for the title as Alexander Zverev and Dominic Thiem are among the men willing to stop him from the dream final against Nadal.