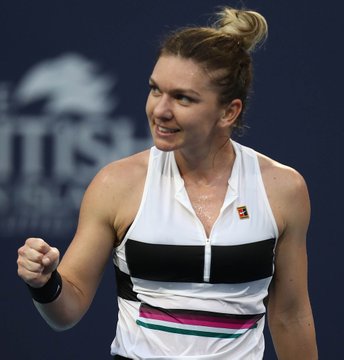 The Romanian, who is looking for her third title in Madrid, overcame a tough second set to move into the next round with some smooth tennis.

While some of Halep’s rivals struggled as Elina Svitolina’s knee problems continue after being knocked out by Pauline Parmentier in straight sets.

There were also defeats for home favourite Garbine Muguruza, Madison Keys and Julia Goerges as the round one action concluded today.

After a winning the first set in 22 minutes in convincing fashion, the reigning Roland Garros champion had a tougher second set as she saw her 5-2 lead narrow down.

But a break in the final set secured the match for the world number three as she continues her preparations for the French Open next month.

After the match Halep was happy with her overall level as she looks to send a message to the rest of the field, “It was a good match, even if the first set was fast,” Halep explained in her on-court interview.

“The second one was tougher, and I feel happy that I could win this match.I did everything I could today and I’m happy with the victory.”

The current number one, Osaka came back from a break down in both sets to beat Dominika Cibulkova 6-2 7-6(6) to reach the second round and will now face Sara Sorribes Tormo. Osaka can retain her number one spot by reaching the semi-finals this week.

While Kerber convincingly beat Lesia Tsurenko 6-3 6-2 despite losing her serves a couple of time throughout the second set.

Elina Svitolina continued to struggle with her knee issues after losing 6-4 7-6(6) to Pauline Parmentier in the first round.

It was an aggressive match from Parmentier as for a set and a half the Ukrainian struggled to play with her ongoing knee issues.

Despite some good fighting spirit Svitolina couldn’t force a decider a s Parmentier won against a top 10 opponent. The world number six now has a Rome title to defend next week.

There was also an early exit for Garbine Muguruza as she failed to take a combined five set points in the two starts as she was outsmarted by a crafty Petra Martic.

A 7-5 7-6(2) win for the Istanbul champion means that she faces Angelique Kerber in the second round on Tuesday.

‘Tennis Is My Job, It’s Not My Life:’ Victoria Azarenka Reflects On Form After Madrid Exit 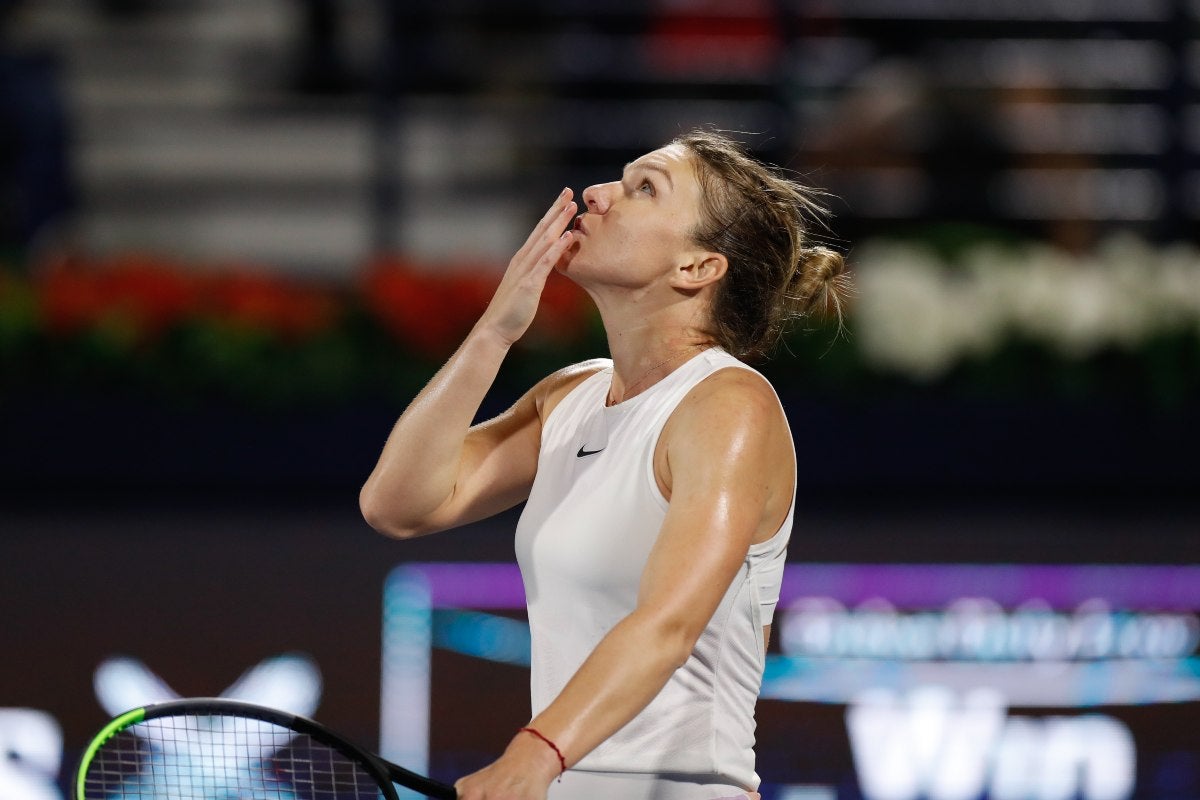 This year’s Australian Open semifinalist Simona Halep came back from one set down to edge Tunisia’s Ons Jabeur 1-6 6-2 7-6 (9-7) in two hours reaching the quarter final at the Dubai Duty Free Tennis Championships.

Halep opened up a 4-1 lead in the third set, but Jabeur came back by winning five of the next six games to take a 6-5 lead. Halep broke back to love to set up a tie-break. Halep reeled off five of the six points from 1-2 down in the tie-break to earn three match points.

Jabeur saved all three opportunities and brought up a match point at 7-6 when Halep hit a backhand long. The Tunisian player hit a forehand into the net at 7-7 and made another forehand error on the next point to give Halep a fourth match point. The Romanian player converted her chance when Jabeur hit her stroke over the baseline.

Halep set up a quarter final match against Aryna Sabalenka, who beat Elise Mertens. Sabalenka beat Halep 6-4 6-2 in the quarter finals in Adelaide.

“It was like a football match or a Fed Cup match. I did not really realize what is going on on court. Everyone was with with a lot of energy so we had to give our best. It was a great match. In the end I don’t know how I could finish that in a right way. It was up and down a lot because she does not give rhythm. It was very weird, but I was happy that I could win”, said Halep.

Kristina Pliskova cruised past French qualifier Kristina Mladenovic 6-2 6-1 after 1 hour and 8 minutes with two breaks in each set to reach the second round at the Dubai Duty Free Tennis Championships.

The Czech player hit 14 winners to 10 unforced errors and converted on four of her seven break point chances.

Pliskova earned her first break in the second game of the opening set, as Mladenovic made four double faults. The 2019 Rome champion held her serve without facing a break point.

Pliskova earned an early break and backed it up with a service hold. Mladenovic hit a backhand winner to claw her back to 2-3 in the fifth game. Pliskova went up a double break in the seventh game and served out the second set with a hold of serve at deuce. Pliskova improved her win-loss record to 4-2 in her six head-to-head matches against Mladenovic

Pliskova will face either Elena Rybakina or Katerina Siniakova.

“It’s always a tough match against her. We played in Australia, so I knew what to expect. It was quite a solid first round. I like these conditions. I like to play in the sun. It’s a little bit faster, which is better”, said Pliskova.