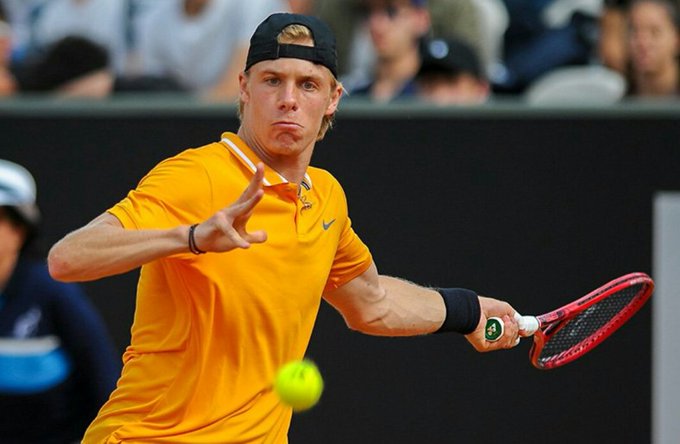 Denis Shapovalov has gained momentum in Lyon by reaching the quarter-finals, but is it enough to threaten the favourites at Roland Garros?

Since making his breakthrough in Montreal a couple of years ago, it hasn’t been an easy ride to the top for Denis Shapovalov, who has struggled for consistency on the ATP tour.

After beating Juan Martin Del Potro and Rafael Nadal to reach the semi-finals in Canada in 2017, Shapovalov has only made four ATP semi-finals since then.

It has been a lesson in how to try and keep your level consistently as he has often struggled to settle with his own style of play. This hasn’t helped Shapovalov who hasn’t made a real statement since that famous week in Canada a couple of years.

But now that the 20 year-old has got competition from compatriot and good friend Felix Auger-Aliassime, could his form now be taking a turn.

That turnaround in form started in Miami, where he won four matches to reach the semi-finals before losing to Roger Federer.

Now he looks to translate the confidence from that week onto the clay where he is into the quarter-finals in Lyon after a 2-6 7-6(3) 6-2 win over Ugo Humbert.

Despite being two points away from defeat, Shapovalov managed to turn the tide and reach the last eight at an ATP tournament for the first time since Miami.

After the win the Canadian seemed happy with his day’s work, “I have seen him [Humbert] a lot, and he has great potential. I wasn’t feeling it for a set-and-a-half, then once things clicked for me, I felt able to dictate the points and play better,” Shapovalov said to atptour.com.

Next up for the Canadian is Benoit Paire who defeated Pablo Cuevas in straight sets to reach the last eight and build some confidence of his own.

Should Shapovalov manage to find his game this week, then he could have the ability to test the big stars at Roland Garros.

The 20 year-old will be the 21st seed for Roland Garros, with the draw taking place tomorrow evening.