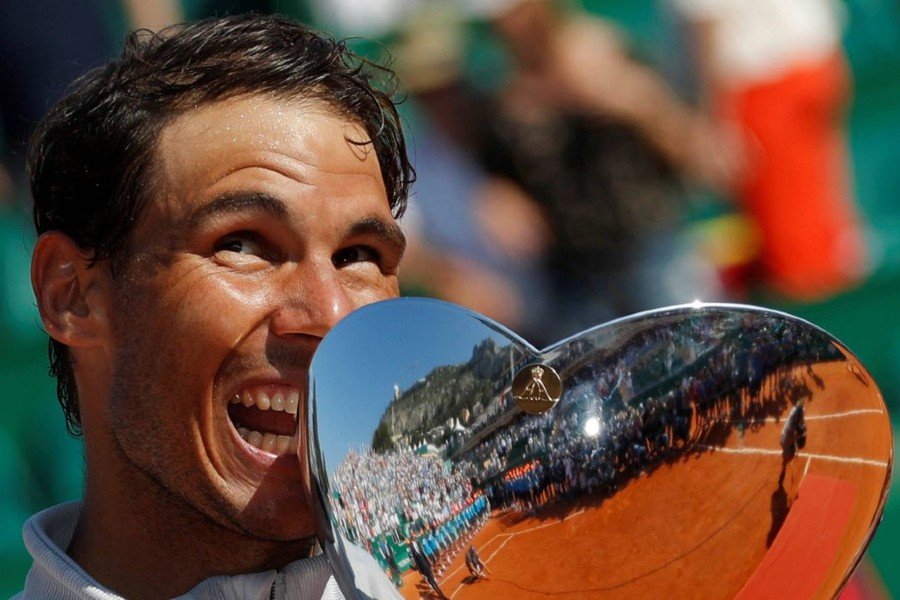 Novak Djokovic and Rafael Nadal lead the main draw in the 113th edition of the Monte-Carlo Rolex Masters 1000 tournament, which traditionally kicks off the European clay season.

Nadal claimed his 11th Monte-Carlo title last year and went on to win Barcelona, Rome and his 11th trophy at Roland Garros. Djokovic won two titles in 2013 and 2015. Stan Wawrinka broke the dominance of Nadal and Djokovic when he won in 2014 beating Roger Federer in an all-Swiss final.

The Draw Ceremony was held in the Mediterrenean gardens of the Monte-Carlo Bay and Resort, the official tournament hotel.

Djokovic, who won the Monte-Carlo title twice in 2013 and 2015, will start his Monte-Carlo campaign against either Phillip Kohlschreiber or Thanasi Kokkinakis in the second round in the top half of the draw. Kohlschreiber in the second round. Kohlschreiber upset Djokovic at Indian Wells last month. If Djokovic overcomes the first hurdle, he could face either 2016 Monte-Carlo finalist and this year’s Rotterdam champion Gael Monfils or this week’s Marrakesh semifinalist Jo-Wilfried Tsonga in the third round. Djokovic is projected to meet either 2018 Next Gen ATP Finals Stefanos Tsitsipas or Danil Medvedev in the quarter final. Tsitsipas beat Djokovic in their only head-to-head match at last year’s Rogers Cup. This year’s Indian Wells champion and 2018 Roland Garros finalist Dominic Thiem or Karen Khachanov loom as potential Djokovic’s rivals in the semifinal. Thiem has been drawn in the top half and will start against either Slovakia’s Martin Klizan or a qualifier before a possible third round clash against David Goffin, who leads 7-3 in his 10 head-to-head matches against the Austrian player.

Rafael Nadal, who skipped Miami to prepare for the European clay season, has been drawn in the bottom half and will face a tough second round clash against either John Millman or this year’s Doha champion Roberto Bautista Agut. Nadal is on a collision course for a potential third round against this year’s Miami semifinalist Denis Shapovalov or Grigor Dimitrov. Nadal’s potential quarter final rivals could be Marin Cilic, 2014 Monte-Carlo champion Stan Wawrinka or 2018 Roland Garros semifinalist Marco Cecchinato.

Alexander Zverev has been drawn in the bottom half and could face a very tough second round match against this year’s Miami semifinalist Felix Auger Aliassime in the second round. The young German player, who lost to Jaume Munar in Marrakesh, is on a collision course against last year’s finalist Kei Nishikori or Borna Coric in the quarter final and could meet Nadal in the semifinal.

“This has always been a very special place for me. I watched all of the great champions here as a kid, so it was always a dream for me to be here”, said Nadal during the draw ceremony.