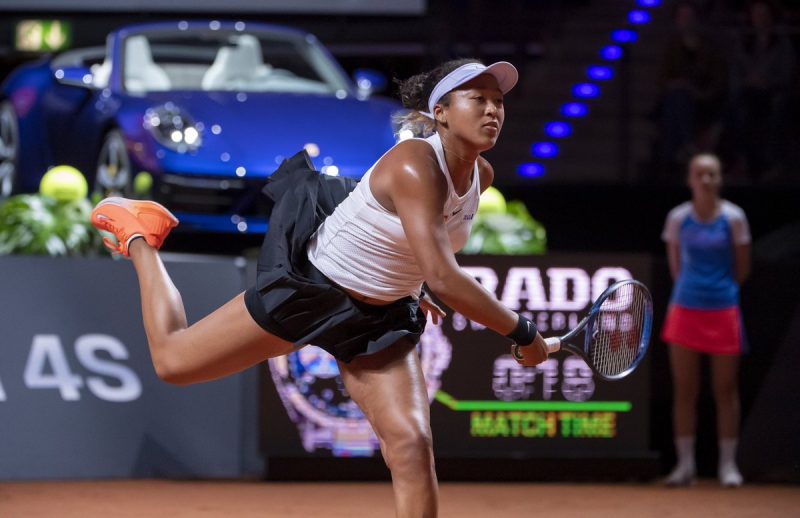 Naomi Osaka produced a remarkable third-set comeback to beat Donna Vekic 6-3 4-6 7-6(4) and advance to her first-ever clay-court semi-final on the WTA tour.

The Japanese player, 21, seemed certain to be heading for the exit door when she fell 5-1 behind in the decider. But she dug in and fought back to secure an unlikely win.

“(At 5-1 down) I told myself I didn’t want to have any regrets,” the Japanese player said in her on-court interview. “We’ve played and practised a lot before, but this is a big occasion so maybe (it got to her).”

She continued, “(Before I turned it around) I was stressed out and making a lot of excuses. But there comes a point where you realise you want to play the best you can.”

The first two sets were high-quality affairs. Both players served superbly and each set was decided by a single break.

In the opener, Osaka won 21 of 27 points on serve and earned the one break she needed in game six. After a couple of sloppy points from Vekic, the Japanese played pounced to move 4-2 ahead. She then quickly wrapped up the set 6-3.

In the second set, the Croatian served even better than she had in the opener. She won 24 of 35 points on serve and only allowed Osaka to take her to deuce once during those games.

However, the World No.1 also served well and there were no breaks in the first nine games. But then Osaka faltered just a little, and Vekic seized her moment and hit an excellent forehand winner en route to a set-sealing break. 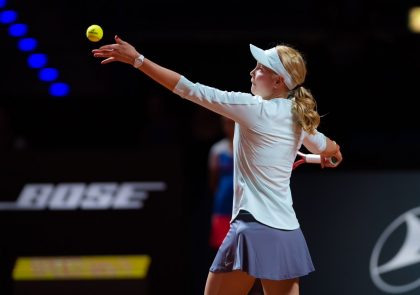 Nothing in those two sets hinted at what was to come in the decider. The Japanese player made a series of errors during the first six games and the Croatian took full advantage to storm into a 5-1 lead.

What happened next was extraordinary. Vekic went 30-0 up and was just two points from victory. But Osaka turned the game around to break and keep the match alive.

She then held to love to put the pressure on the World No.25 as she attempted to serve for the match again.

Vekic made errors after a couple of loopy returns from the Japanese player landed on the baseline. These lost points cost her dearly as the World No.1 broke again to make it 5-4.

Although the Croatian steadied herself to force a tie-break, Osaka produced some of her best tennis to win it 7-4 and seal her place in the last four. 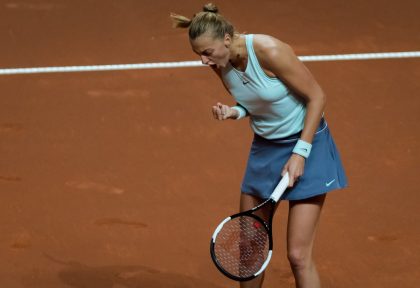 Petra Kvitova recovered after losing the first set to beat Anastasija Sevastova 2-6 6-2 6-3 and progress to her fourth semi-final of the year.

The Czech, 29, offered up three break points in her opening two service games and her Latvian took two of them to open up a 4-0 lead.

After Sevastova wrapped up that set 6-2, Kvitova served much better in the second set. She recorded three easy holds to move into a 3-2 lead.

Then the World No.13’s level really dipped. She lost twelve points in a row – including eight on her own serve – to enable the Czech to level the match at one-set-all.

As is often the case, the decider was the closest set. Kvitova broke in the fourth game to lead 3-1. Sevastova broke back to make it 4-3. But the World No.3 then broke again to move 5-3 up, before clinching the win with a clinical hold.