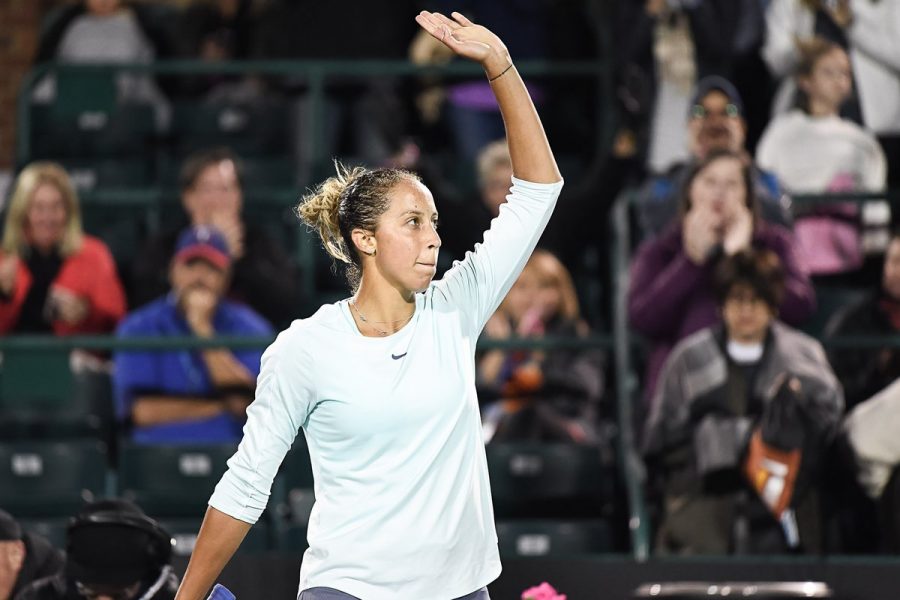 Madison Keys produced a clinical display to see off Jelena Ostapenko 7-5 6-2 and advance to the quarter-final in Charleston for the fourth time in her career.

The American, 24, has endured a difficult start to the year. After reaching the fourth round of the Australian Open, she suffered second-round losses in Indian Wells and Miami.

Despite these setbacks, she came up with some good tennis at times during her battling three-set win over Tatjana Maria in round two.

The court time from that testing encounter served Keys well when she slipped 3-1 behind after a good start from Ostapenko.

As errors crept into the Latvian’s game, the American took full advantage to win four games in a row and turn the scoreline on its head.

At that point, the set was seemingly over. But then Keys faltered and Ostapenko was back in at 5-4.

Two holds later, the American called for her coach. She was clearly concerned that the set would slip away from her.

But she need not have worried. Ostapenko served poorly in game twelve and made it far too easy for Keys to break her to love and claim the opening set.

In the second set, the American was rock solid. She served well and won 67% of the points behind it, which meant she did not face a single break point.

To begin with, the Latvian also performed well on serve as she held twice. However, everything changed in the sixth game of the set when Ostapenko made three consecutive errors to hand Keys three break points.

She saved the first with a superb drop shot and the second with a good serve. But the American seized the third with a deep backhand that the Latvian could not get back.

Ostapenko fought hard to stay in the match in the next game. She took Keys to deuce, but the World No.18 held firm to move into a 5-2 lead.

The American then finished off the match in style. From 15-15, she slammed a forehand winner down the line, ended a beautifully-constructed point with a volley and then unleashed an unstoppable inside-out cross-court forehand to conclude proceedings.

“My serve was there when I needed it in big moments,” Keys said in her on-court interview. “I also started points off well when I was returning too so there were very few times when I wasn’t in control of a point.”

The American could face one of her compatriots – top seed Sloane Stephens – in the last eight. However, the World No.8 will have to come through a very tricky encounter with Alja Tomljanovic to set up a meeting with Keys. 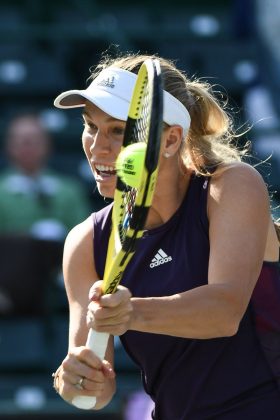 Caroline Wozniacki has had a difficult time recently. She was diagnosed with rheumatoid arthritis in the latter part of last season and she missed tournaments in Doha and Dubai in February with a viral illness.

Given these struggles, the Dane is bound to be pleased with her week in Charleston so far. She thrashed Laura Siegemund 6-2 6-2 and backed up that win today with a typically dogged 6-4 3-6 6-3 win over Mihaela Buzarnescu. Wozniacki will now play Maria Sakkari in the last eight.

Elsewhere in Miami, Monica Puig upset No.3 seed Aryna Sabalenka 6-2 7-5 to set up a quarter-final clash with Danielle Collins, who beat Kaia Kanepi 7-6(1) 6-1.