At His Lowest Ranking Since 2014, Sam Querrey Switches Focus To Aggression On The Court - UBITENNIS 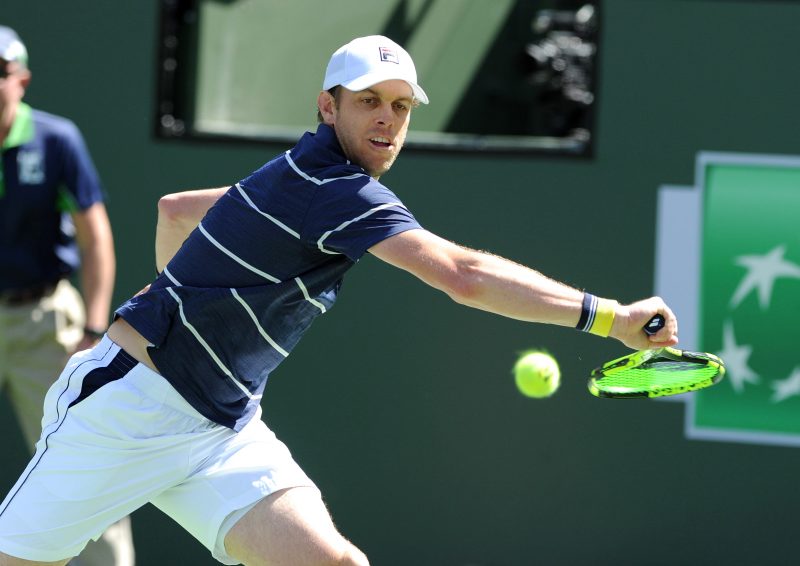 13 months ago Sam Querrey was on the verge of cracking inside the world’s top 10 before he found himself spiralling down the rankings.

A mixed start to 2019 has seen the American fall to a current ATP ranking of 71st. His lowest position since June 2014. During Querrey’s first six tournaments of the season, he only managed to win back-to-back matches at one of those. Reaching the semi-finals of the New York Open in February. Heading into this week’s Men’s Clay Court Championships in Houston, Querrey win-loss record for the year currently stands at 6-6.

Despite his recent run of lacklustre results, the 31-year-old is confident that he is on the right path to regain his form. On Tuesday he kicked-off his clay season in Houston with a 6-3, 6-4, win over compatriot Bjorn Fratangelo. Hitting 13 aces and winning 90% of his first service points.

“I need to play like that, I need to play aggressive, serve big, go after returns and just kind of impose myself on the guys.” Querrey told The Tennis Channel following his match.
“I feel like the more I do that, the more confidence I’ll gain and I will win more matches. Then, inevitably the ranking will climb.”

Querrey is seeded eighth in the tournament this week. He is a two-time singles finalist in Houston and won the doubles title back in 2012 alongside James Blake. Reflecting on his year so far, the former Wimbledon semi-finalist admits that it hasn’t been perfect, but not terrible.

“It’s had its ups and downs. I had a good week in New York and I played well in Indian Wells. I lost to (Milos) Raonic in a tough one.” He said.
“I feel like I’m doing good things in practice and if I keep doing that good things will come.”

The next challenge for Querrey comes in the shape of Guillermo García López in the second round at Houston. Lopez defeated Noah Rubin 6-7(5), 6-3, 6-3, in his opening match. The 35-year-old Spanish veteran has been ranked as high as 23rd in the world, but it now outside the top 100.

“Right now I’m feeling like I am playing a good match and then not. I just need to throw a string of two, three,four or five (matches) together week in, week out.” Querrey commented about his consistency on the tour.

Querrey is one of only four American players left in the tournament.

Related Topics:Sam Querrey
Up Next