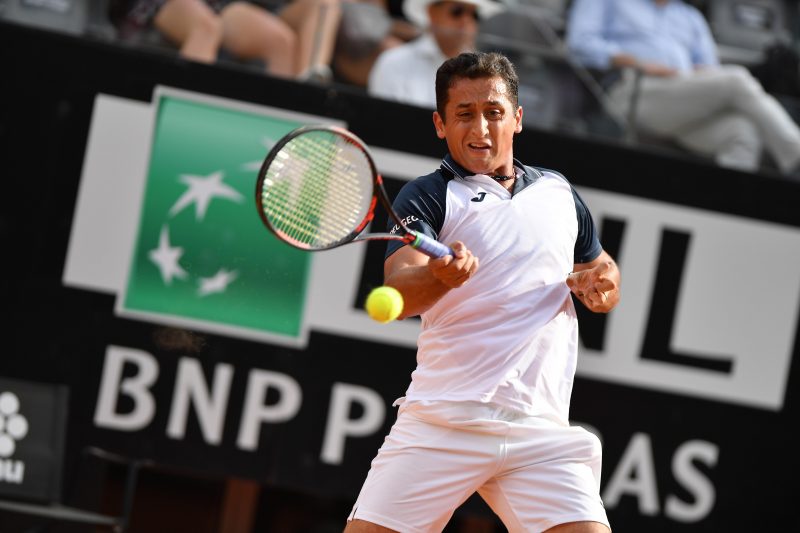 Nicolas Almagro has confirmed that this week will be his last taste of competitive tennis before he quits the sport for good.

The 33-year-old announced his decision in a special press conference at the Murcia Club de Tenis 1919. Venue of the Murcia Open, which is a Challenger event currently taking place. Almagro has missed large chunks of the tour in recent months due to a left knee injury and is currently without a ranking. The last match he won was at the Metz Open back in September 2017. Since then he has only been able to participate in seven tournaments, including this week.

“I want to do it here, in my Club, with my family, my friends, in my city and in this wonderful tournament that is the Murcia Challenger Open.” Punto de Break quoted Almagro as saying.
“I have given everything to tennis and tennis has given everything to me,” he added.

At the height of his career, the Spaniard was once ranked ninth in the world and finished every season inside the world’s top 35 between 2006-2013. On the ATP Tour he won 13 titles with all of them occurring on the clay. In total, he has won 279 matches on the clay, which is the third highest among active players (per atptour.com). Only Rafael Nadal and David Ferrer have won more.

A four-time grand slam quarter-finalist, Almagro’s later career was marred heavily by injury. He made headlines during the 2017 French Open when he was consoled on court by Juan Martin del Potro after injuring his knee.

In the Davis Cup, he achieved a win-loss of 8-4 for Spain. Playing in every tie during 2012 when Spain reached the final before losing 3-2 to the Czech Republic. He also played in the team event in 2008 and 2010.

In his farewell tournament, the former world No.9 will play in both singles and doubles alongside Puerto Rico’s Juan Antonio Marin at the Murcia Open. Almagro hasn’t won a Challenger title since 2015.

“It hurts me to participate only in the first edition, but I will give my best and I hope to be playing all week,” he said.

During his 16-year career, the Spaniard has achieved 19 wins over top 10 players, including Nadal, and has earned just over $10.7 million in prize money.

Almagro will remain involved in tennis beyond his retirement. On the same day as his announcement, it was confirmed that he has been appointed the new director of the La Manga Club. A tennis academy located in his home city of Murcia.

Related Topics:Nicolas Almagro
Up Next