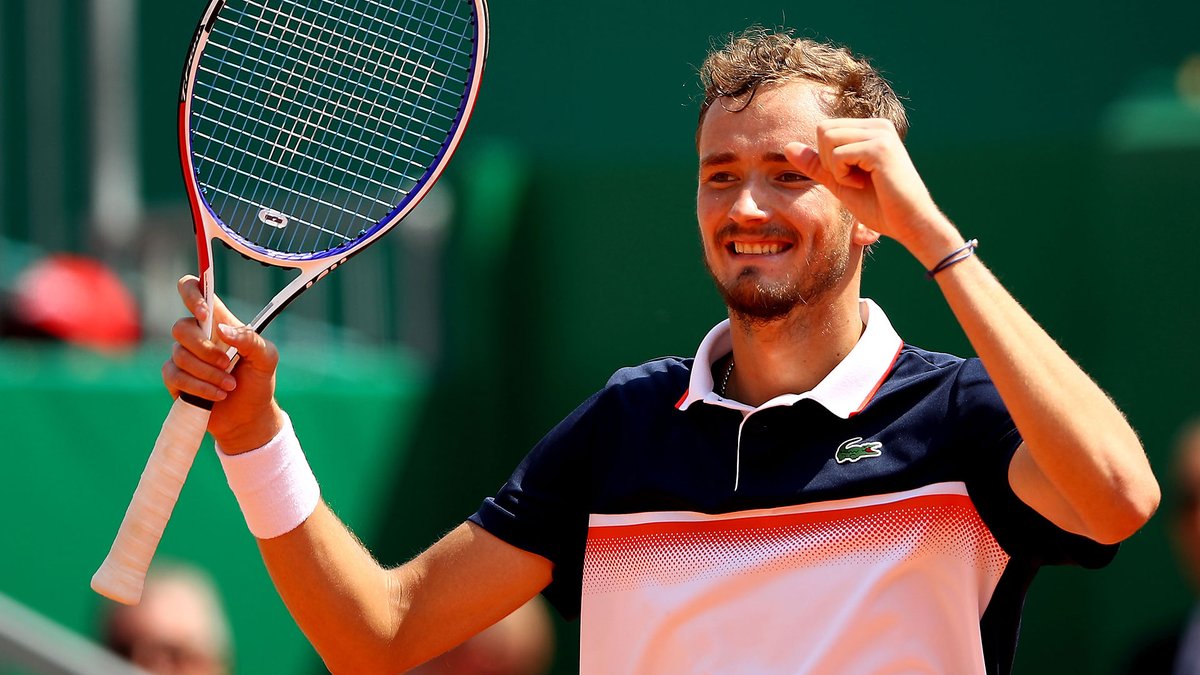 Daniil Medvedev battled his way past Novak Djokovic 6-3 4-6 6-2 to reach his first ever masters 1000 semi-final in Monte-Carlo.

It was all about the physical battle for Medvedev today as he outlasted 15 time grand slam champion Novak Djokovic to reach his first masters 1000 semi-final.

As for Djokovic, he looked tactically lost and couldn’t power through the Russian when it mattered most as his clay court title drought goes on.

In the last four Medvedev will now play Dusan Lajovic, who is also competing in his first Masters 1000 semi-final.

The first set was uninspiring from the world number one as he offered a lack of intensity and struggled to cope with the windy conditions.

It was the complete opposite for Medvedev though as he came out swinging, completely outplaying the Serb as he broke in the first game.

Somehow it could have been worse as Djokovic looked tactically confused and didn’t know whether to grind out the points against Medvedev or whether to be aggressive.

A great use of variety and top spin was clearly working for Medvedev though as he looked comfortable throughout the set. Some uncharacteristic errors from the Serb contributed to his downfall as the Russian cruised to a one set lead.

In the second set it was Djokovic who was starting to win the mini-battles as he moved the Russian all-around the court.

After the Russian wasn’t too happy for receiving a warning for unsportsmanlike conduct, the world number one took advantage and broke after another exhausting rally.

A more controlled approach from Djokovic as he started to open up the court with some fantastic angles as Medvedev grew more frustrating.

Since he introduces the forehand down the line more, Djokovic played better and as a result took the second set 6-4 to force a decider.

As the match wore on, Medvedev started to feel cramping in his legs but that didn’t stop him from dominating play with his backhand.

Another Djokovic error gave the break to the Russian as he was closing in on the biggest win of his young career. The Serb’s hesitation was Medvedev’s confidence as another break followed in this impressive performance.

Despite a careless service game costing him one of the breaks, Medvedev powered to another break of serve and closed out a famous win.

MEDVEDEV MAGIC IN MONTE-CARLO ✨@DaniilMedwed upsets World No. 1 Djokovic 6-3 4-6 6-2 to move into the first Masters 1000 semi-final of his career! pic.twitter.com/4EKjbvBXqw

A very good win for Medvedev, who seals his first Masters 1000 semi-final, on a surface that he hasn’t favoured in the past.

As for Djokovic he leaves this tournament with back-to-back wins for the first time since the Australian Open but plenty of questions. The Serb still hasn’t won a clay-court title since Roland Garros in 2016 and will have to play better to improve this stat.

However it is Medvedev who moves into the last four to play Dusan Lajovic tomorrow.