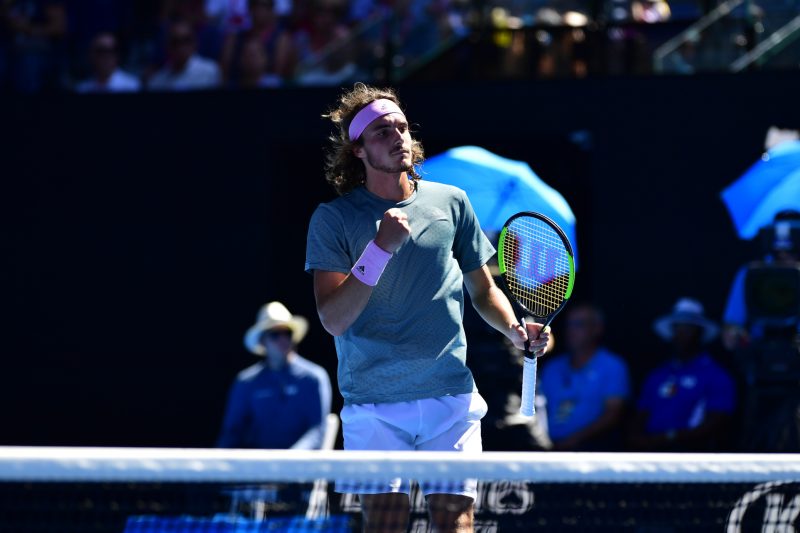 Newly crowned Miami Open champion Roger Federer believes that he and his rivals on the tour do not get Preferential treatment from umpires despite a claim by a fellow top 10 player.

Australian Open semi-finalist Stefanos Tsitsipas has triggered a debate in the sport following comments he made during the Miami Open. The Greek was playing in a doubles match alongside Wesley Koolhof against the renowned Bryan brothers. During an argument with the umpire, Gianluca Moscarella, Tsitsipas suggested that the American duo were being given ‘many privileges.’ Something he then linked to Federer and others.

Tsitsipas asked Moscarella: “Why are you giving them so many privileges?”
Moscarella responded: “It’s not a privilege, they have the right to do it, it’s all I can do.”
“The feeling that I have is that you’re giving them privilege like you do with Roger and everybody else,” Tsitsipas added.

Here’s a video of the moment.

Tsitsipas complaining that the Bryans get privileges just like Federer… Interesting.

During a question and answer session on Twitter, the 20-year-old stood by his claim on Sunday. When asked to elaborate on his previous statement, Tsitsipas said that double standards does occur and it was ‘unfair.’ The Greek didn’t single out one player, but a group. Most probably the ‘big four’ of men’s tennis who have dominated the sport in recent years.

“I think players that have been doing really well over the years, players that are generally much respected in the tennis world have privileges when it comes to certain rules and umpire decisions.” He wrote. “I felt this couple of times when playing these guys and I think it’s a bit unfair.”

Roger Federer is always going to be my favorite player no matter what. I don’t want to drag him into this. It’s not his fault or intention, it’s the umpires that are trying to protect them more than they are supposed to. Nothing more than that.

Whilst some may see the valid point being made, 20-time grand slam champion Federer has a different interpretation. Speaking to reporters in Miami on Sunday, the 37-year-old argued that umpires find it easier to ‘to handle a top guy.’ Dismissing any suggestion he is treated differently on the court.

“I think the umpires know the top guys, and they know their problems or they know how they behave or they know how they are going to react, so they know what acting stupid and silly means and what normal is.” He said.
“I think because we know each other very well, it’s easier for the umpire to handle a top guy that they know over an up-and-coming guy like Tsitsipas or a young guy. And that sometimes gets lost in translation and maybe bad mistakes can happen.”

Continuing to defend his position, Federer says that he also gets penalised on the court like other players. Citing the code violation he recently received at the Dubai Tennis Championships. He was punished for a verbal obscenity.

“I don’t see preferential treatment, to be honest. There shouldn’t be. If I get warnings, and I do get warnings sometimes it’s normal.” Federer stated. “So they should just, based on what happened, take those decisions, and I really feel, how do you say, the umpires do that. I’m sorry that Stefanos feels that way.”

Both Tsitsipas and Federer will return to action on the European clay in the coming weeks.

Lacking Confidence, Roger Federer Is Unlikely To Be A Title Contender On The Clay